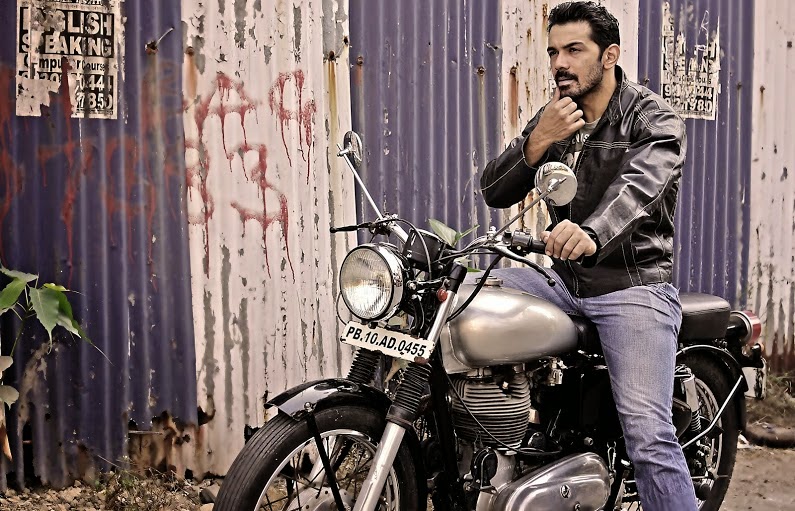 The dashing and fit, winner of Best Potential in Gladrags Mr. India 2004, actor Abhinav Shukla is all set to translate his success from small screen to the big screen with his debut movie “Roar”.

"Roar: The Tigers of Sundarbans" is a realistic film directed by Kamal Sadanah. Trailor of this movie was recently launched by actor Salman Khan. Abhinav Shukla plays the role of 'Pundit', who ventures into the No Man's land to take revenge from the man eating tiger for his brother's death, for which he forms an army team headed by him.

Talking about his experience in the movie Abhinav says "I am an outdoor guy, an adrenaline junkie & an avid traveller. I love living the bush life when I am not shooting. 'Roar' has been like a dream project for me, where I am not only playing the character of an army commando but I also got the opportunity to shoot, infact stay for 40 days in the 'No Man's Land' Sundarbans. It was like a jack pot. Shooting with tigers was a humbling experience. Our movie will remind people of the forgotten land of Sundarbans and the magnificent creature our national animal, Tiger. A lot of people have been wondering where had I vanished, well I was almost lost into the world of 'Roar'. And this is a big & most realistic project. Big things take a lot of time."

Abhinav has always been keen to take up adventurous and challenging roles. He was one of the 22 castaways in season 1 of the TV Show “Survivor India”. He won the immunity twice in a row & was among the top 5 survivors.

He is well known for his commercials for high end brands like Raymonds and Renault's Duster.