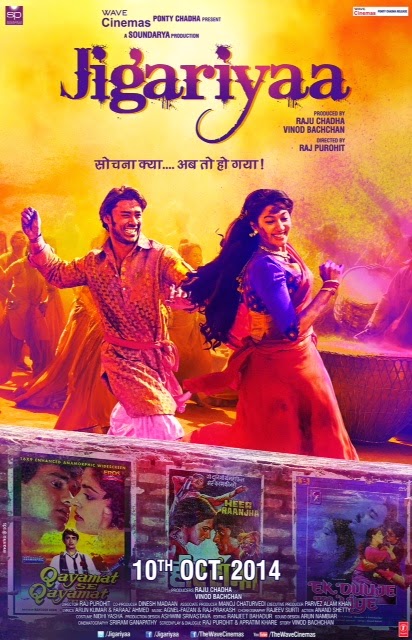 Jigariyaa, has been applauded by the big directors of the industry

From the makers of Tanu Weds Manu, comes Jigariyaa a small budget film with new faces, produced by Vinod Bachchan, directed by Raj Purohit. Though a smaller canvas, the film has been applauded by the big directors of the industry already, namely Action-king  Rohit Shetty and Filmmaker Rajkumar Hirani. Such support is very rarely seen in today’s day and age.

After watching the trailer of the film, Rajkumar Hirani told that he also belongs from a small town and hence he can very well relate to the movie. He could sense the small city’s fragrance which has attracted him. He really loves the trailer; he also met the Director of the Film Raj Purohit and Producer Vinod Bachchan. He felt the passion with which the film is made and he would love to watch it once it is completed and for now he wishes the team of Jigariyaa All the Best.

On this Vinod Bachchan says, “After watching trailer Raju Hirani looked at me and said brother you have done a very good job and i am looking forward to it.”