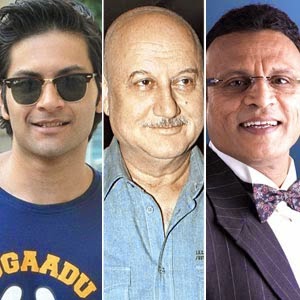 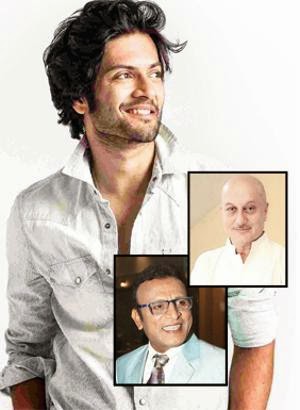 Ali Fazal, Anupam Kher and Annu Kapoor will be seen in a black comedy called ‘Baa Baa Black Sheep’. The film will be directed by Vishwaas Pandya, son of a Jayendra Pandya (who produced films like Namak Haram & Rang Birangi).

Talking about the casting, Vishwaas said, "The lead role of 'Baba' required a good actor who had innocence and style at the same time. That's the reason I chose Ali as he suited the part. I'm lucky to have brilliant actors like Anupam and Annu saying yes to my script. Both will be seen in quirky, mad roles."

The film will be shot abroad from December, which is based on an original story by Vishwaas himself. The screenplay and dialogue has been written by Sunjiv Puri and Vishwaas.

The female lead of the film is yet to be finalized, but when asked about the black sheep, he gushed and said, “Most of the characters are ‘Black & Sheepy’.
Posted by http://www.starfriday2012.com/ at Tuesday, October 07, 2014