THE HUNGER GAMES: MOCKINGJAY- PART 1 TO RELEASE IN INDIA ON NOVEMBER 28, 2014

Worldwide phenomenon of The Hunger Games to entice the Indian audience 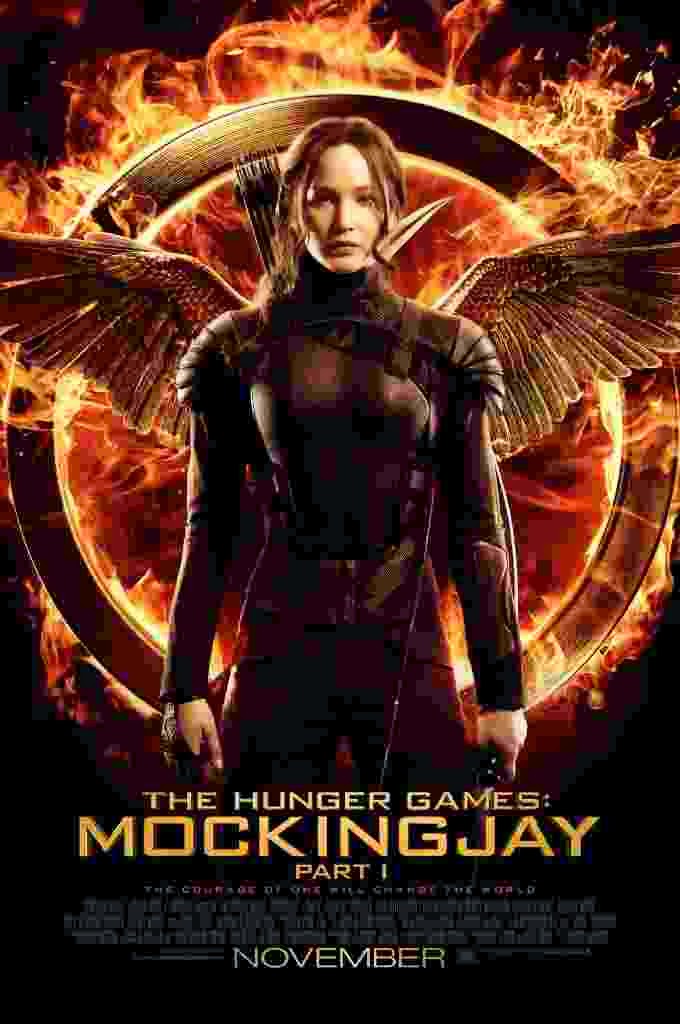 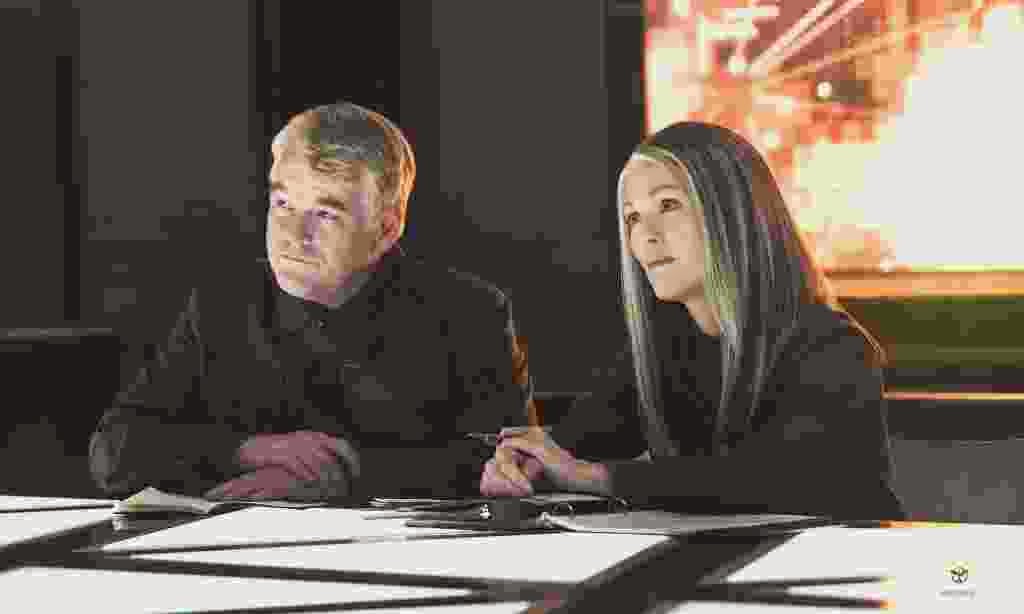 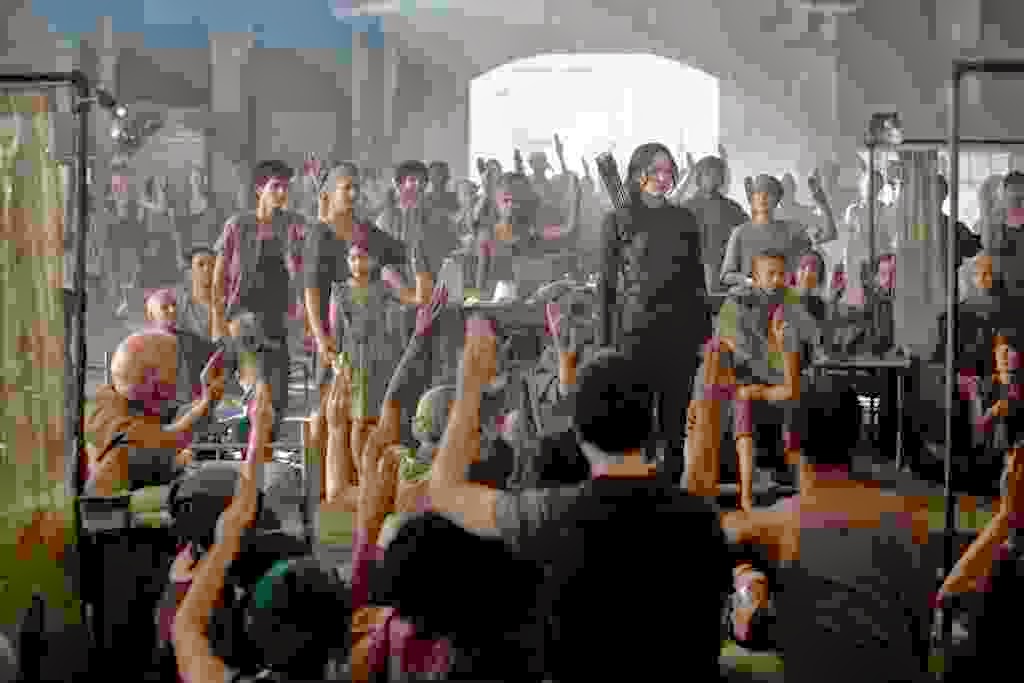 Mumbai, October 22, 2014: It’s time to enter the dystopian post-apocalyptic future in the land of Panem, as this year’s most anticipated film, The Hunger Games:  Mockingjay - Part 1 is set to arrive in the Indian theatres on November 28, 2014. Presented by Lionsgate, (NYSE: LGF), a premier next generation global content leader, this science fiction adventure film is based on the novel Mockingjay, the third in a trilogy written by Suzanne Collins. The movie continues to follow female ‘tribute’ Katniss Everdeen who becomes a reluctant hero and a symbol of hope for the nation of Panem. The Hunger Games:  Mockingjay - Part 1will be released in all key metros.

The film, the third in the global blockbuster Hunger Games film franchise, opens in theaters worldwide on November 21, 2014 and will hold its world premiere in London, England on November 10th. Beginning in Beijing, the cast including Academy Award®-winner Jennifer Lawrence, Josh Hutcherson, Liam Hemsworth, Sam Claflin, director Francis Lawrence and producers Nina Jacobson and Jon Kilik, will embark on a World Press Tour with stops in Seoul, London, New York and Los Angeles.

The worldwide phenomenon of The Hunger Games continues to set the world on fire with The Hunger Games:  Mockingjay - Part 1, which finds Katniss Everdeen in District 13 after she literally shatters the games forever. Under the leadership of President Coin (Julianne Moore)and the advice of her trusted friends, Katniss spreads her wings as she fights to save Peeta (Josh Hutcherson) and a nation moved by her courage.

The Hunger Games: Mockingjay - Part 1 is a highly awaited movie of this year. With previous series having gained critical acclaim & massive box-office success, the movie anticipates same kind of response this year. The first Hunger Games film generated nearly $700 million at the worldwide box office. The second film in the franchise, The Hunger Games: Catching Fire, was the #1 domestic film of 2013 and the 10th highest-grossing North American release of all time, grossing over $860 million around the world.

The movie is the first of the two cinematic parts based on the novel and will be followed-up by a concluding installment The Hunger Games: Mockingjay - Part 2.   The ‘Hunger Game’ series have a huge fan following worldwide and promises to entice the audience with its latest offering as well.

About Lionsgate:
Lionsgate, home to The Hunger Games, Twilight and Divergent franchises, is a premier next generation global content leader with a strong and diversified presence in motion picture production and distribution, television programming and syndication, home entertainment, digital distribution, new channel platforms and international distribution and sales. Lionsgate currently has more than 30 television shows on over 20 different networks spanning its primetime production, distribution and syndication businesses, including such critically-acclaimed hits as the multiple Emmy Award-winning Mad Men and Nurse Jackie, the comedy Anger Management, the broadcast network seriesNashville, the syndication success The Wendy Williams Show and the critically-acclaimed hit seriesOrange is the New Black.

Its feature film business has been fueled by such recent successes as the blockbuster first two installments of The Hunger Games franchise, The Hunger Games and The Hunger Games: Catching Fire, the first installment of the Divergent franchise, Now You See Me, Kevin Hart: Let Me Explain, Warm Bodies, The Possession, Sinister, Roadside Attractions' A Most Wanted Man,Lionsgate/Codeblack Films’ Addicted and Pantelion Films' breakout hit Instructions Not Included, the highest-grossing Spanish-language film ever released in the U.S.

Lionsgate's home entertainment business is an industry leader in box office-to-DVD and box office-to-VOD revenue conversion rate. Lionsgate handles a prestigious and prolific library of approximately 16,000 motion picture and television titles that is an important source of recurring revenue and serves as the foundation for the growth of the Company's core businesses. The Lionsgate and Summit brands remain synonymous with original, daring, quality entertainment in markets around the world. www.lionsgate.com.