Adhuna joins Farhan while he signs the HeForShe campaign decleratio 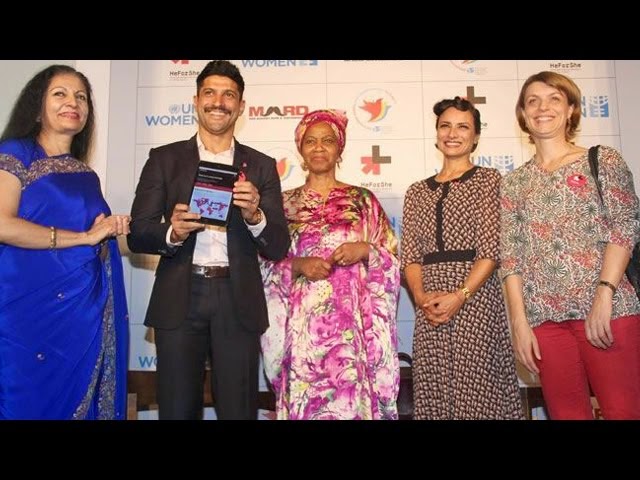 HeForShe is a global movement by UN Women which calls upon men and boys to stand up against the persisting inequalities faced by women and girls. Farhan will be the South Asia ambassador.

In his proud moment, his wife Adhuna Akhtar stood tall with him.

The actor met the dignotories from the UN HeForShe campaign and signed the declaration last week.

Farhan’s wife Adhuna accompanied him to the signing which was followed by a press meet. During the press, Adhuna sat in the front row, supporting him all the way.

It is a huge cause Farhan has undertaken and Adhuna has been by his side all along.

Farhan Akhtar has raised his voice on the important issue of gender equality and violence against women and girls in India through his Men Against Rape and Discrimination (MARD) campaign.

Farhan will dedicate his efforts as UN Women’s Goodwill Ambassador for South Asia towards the empowerment of women and girls, and will serve as an advocate for UN Women’s newly launched HeForShe initiative in advocating for gender equality and women’s empowerment.
Posted by http://www.starfriday2012.com/ at Monday, November 17, 2014