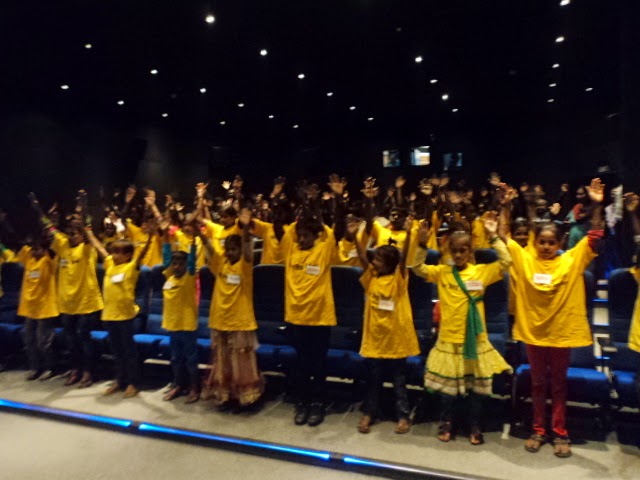 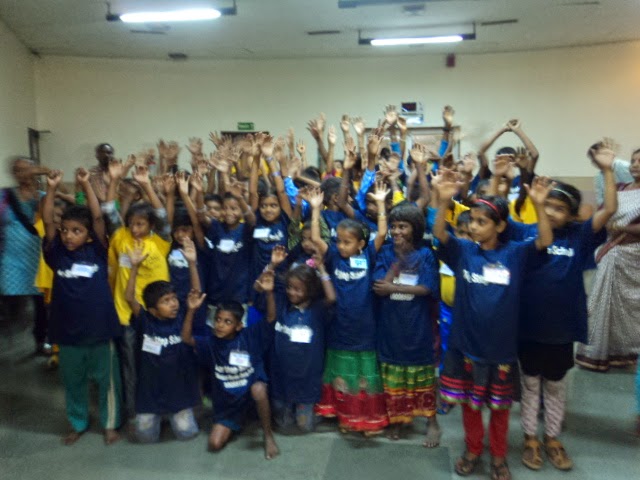 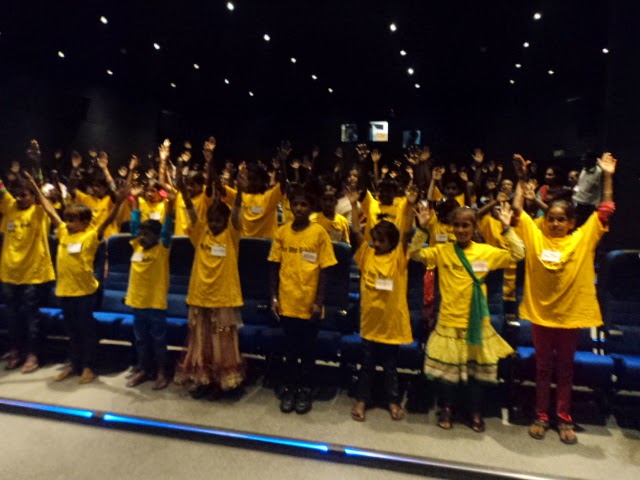 Close on the heels of the launch of National Children’s Film Festival (NCFF) in Delhi , Children’s Film Society of India (CSFI) holds a special screening for the underprivileged children of Mumbai city. The film shown to the children of Door Step School was Bandu Boxer. It’s the story of Bandu, a little kid of great grit who overcomes all obstacles to build a good school for tribal children who are deprived of one. A film by award winning director Rajeev Mohan, Bandu Boxer has a run time of 85 minutes and the Children enjoyed every last minute of it and felt inspired by the story.
Posted by http://www.starfriday2012.com/ at Monday, November 17, 2014