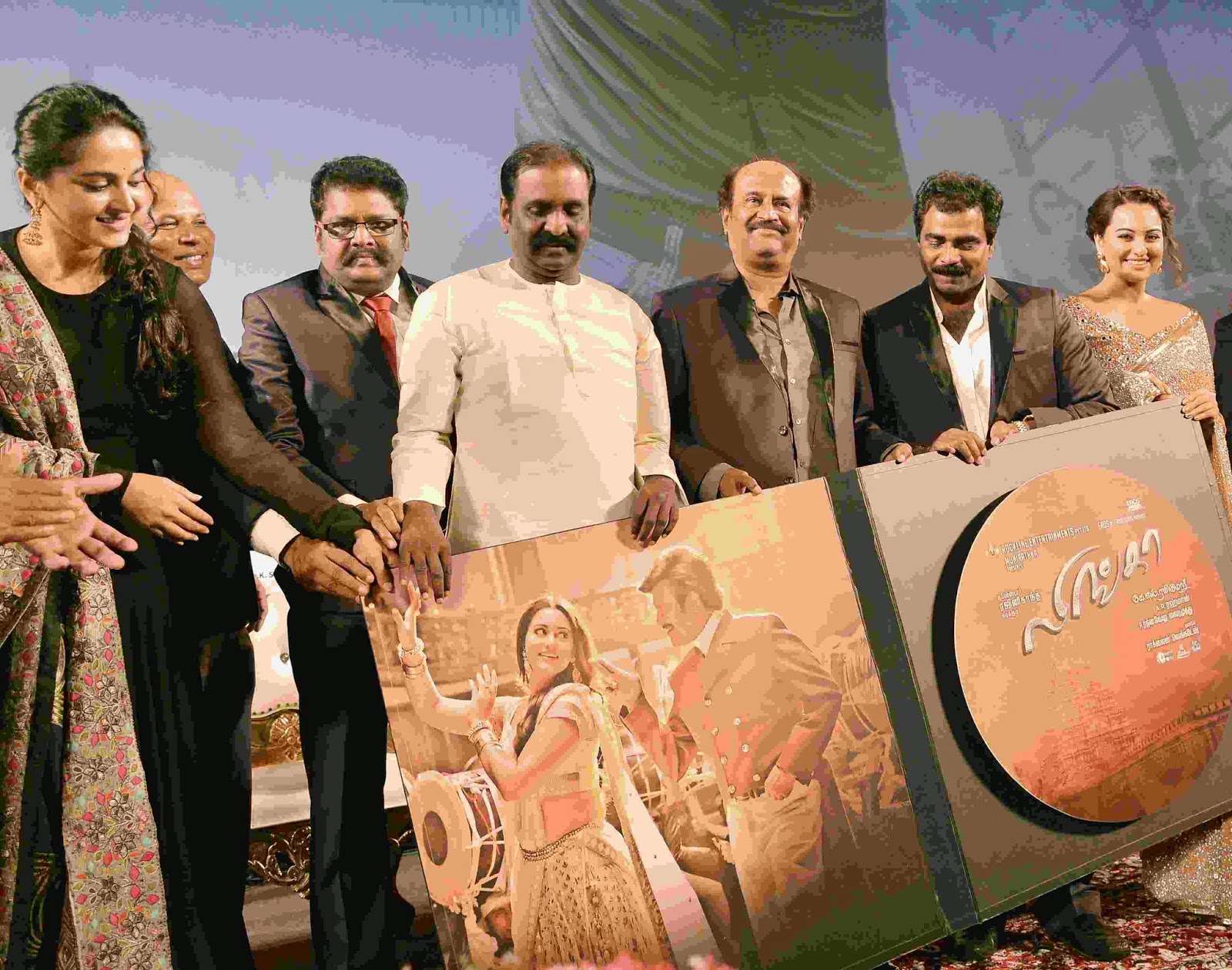 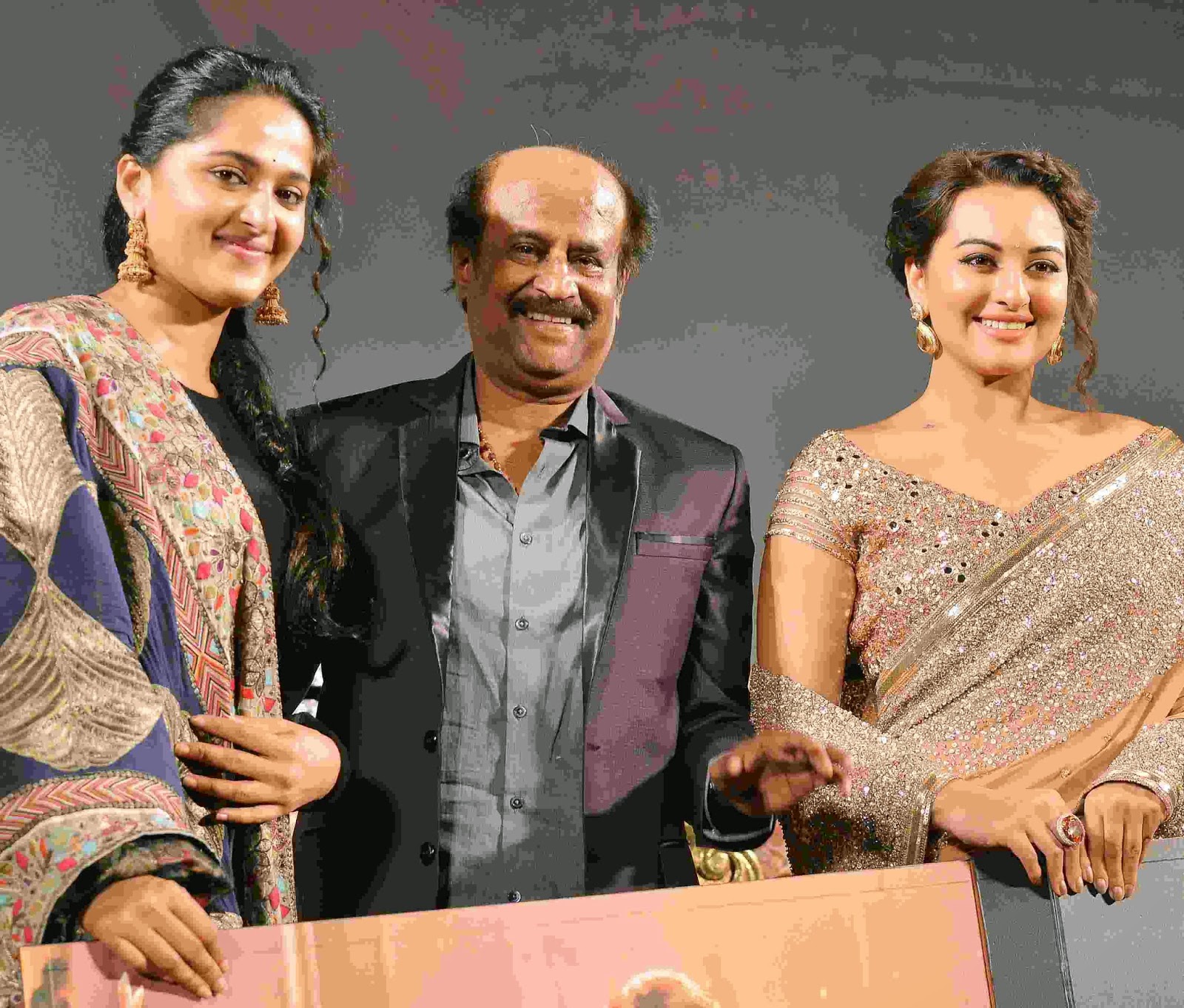 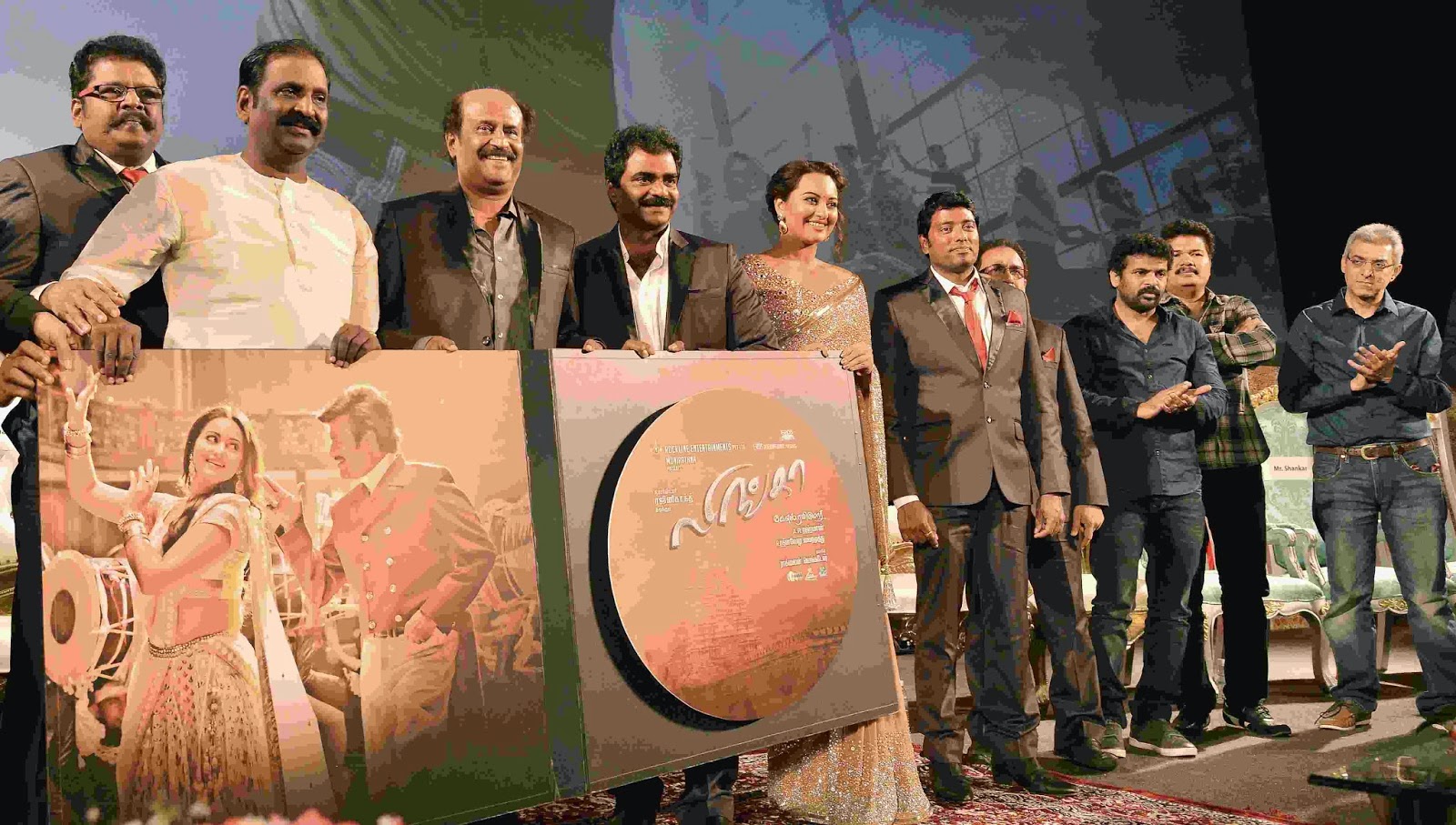 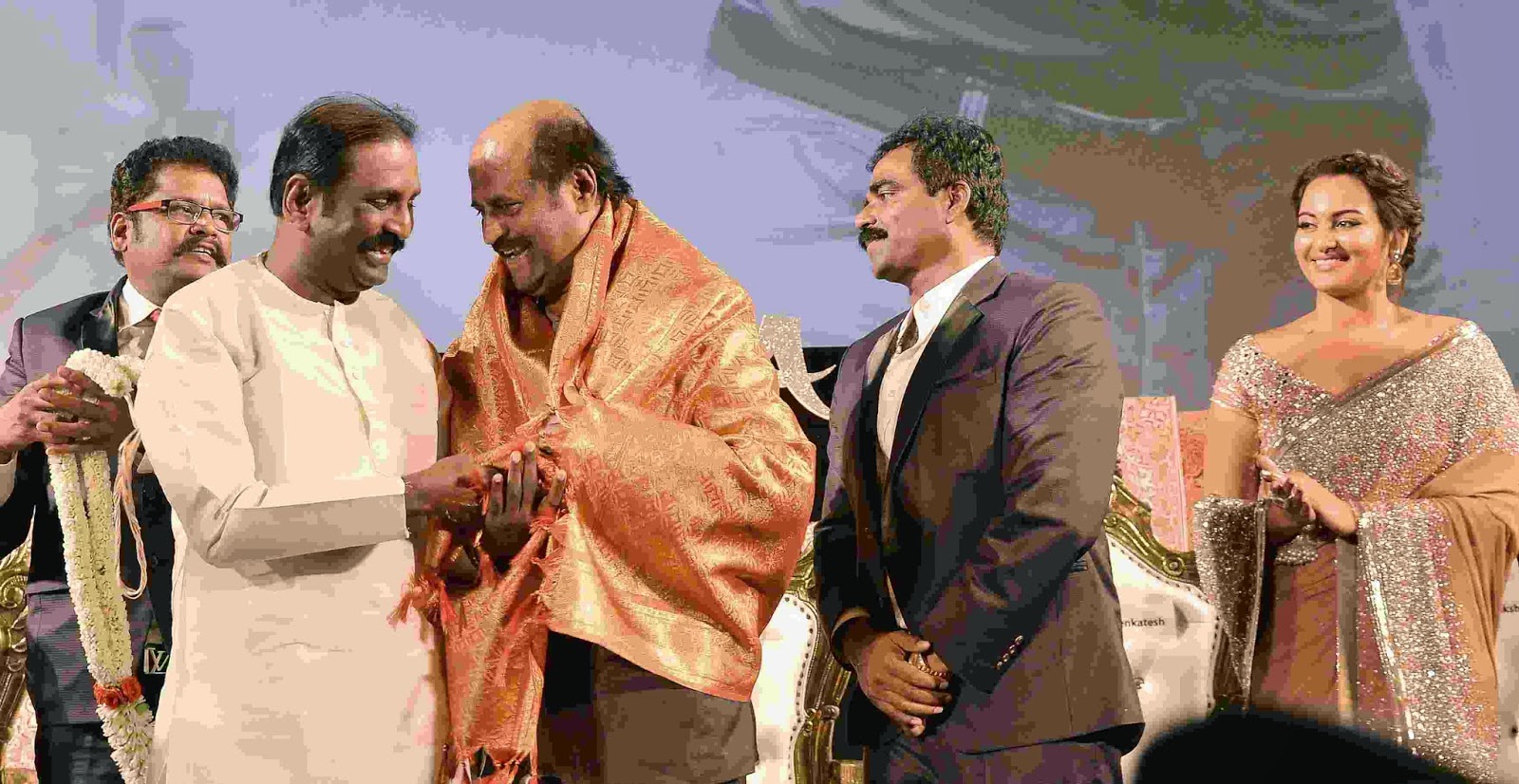 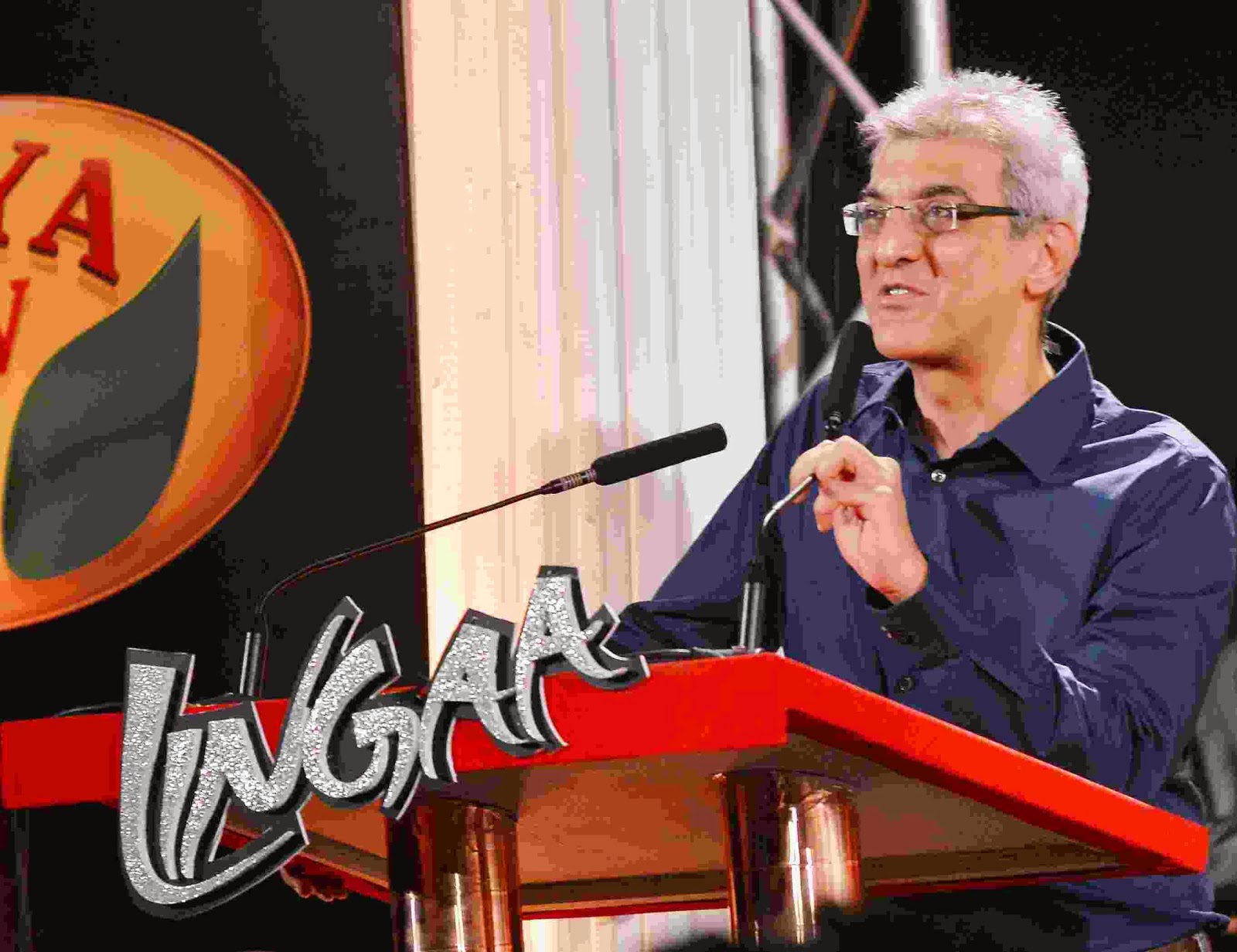 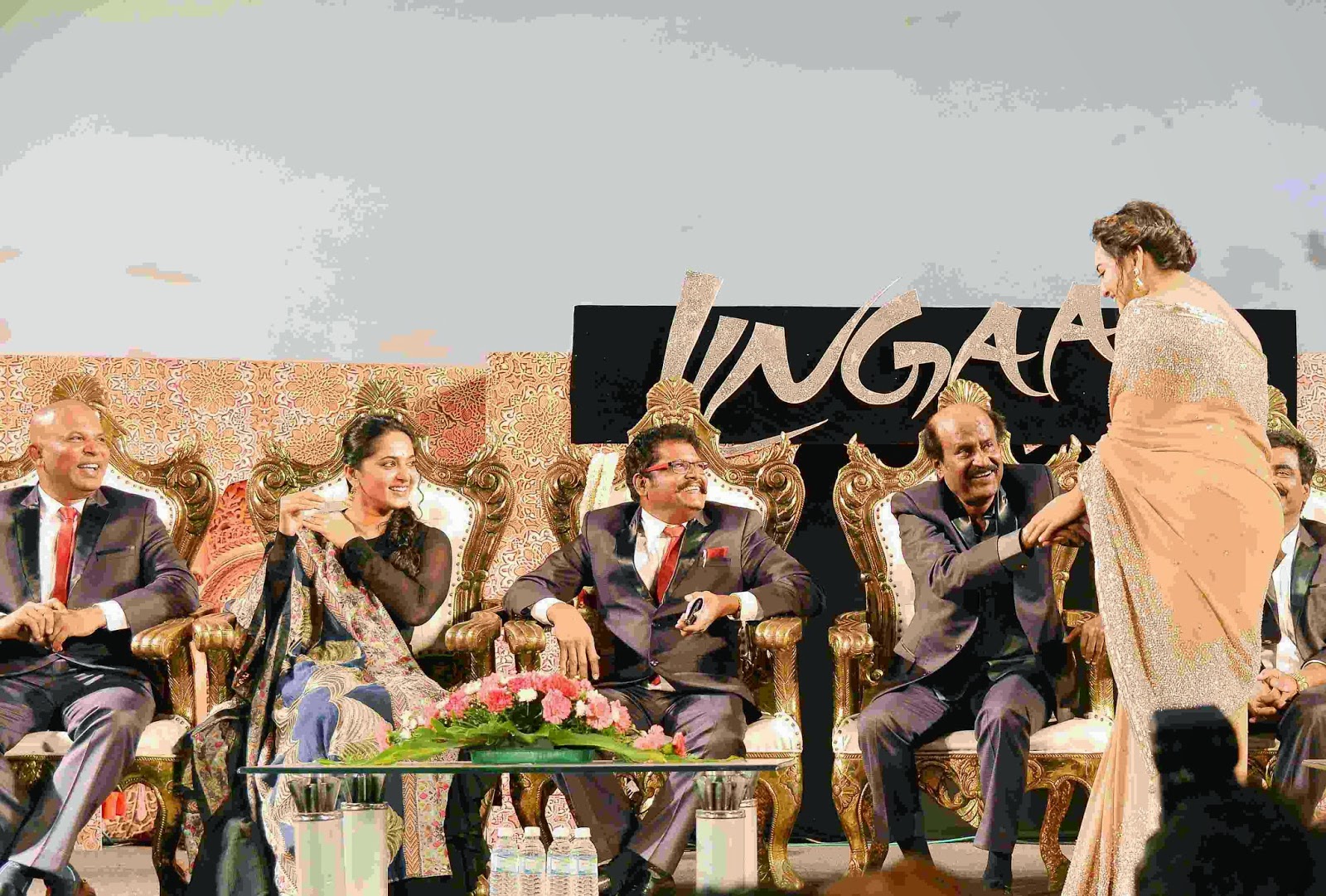 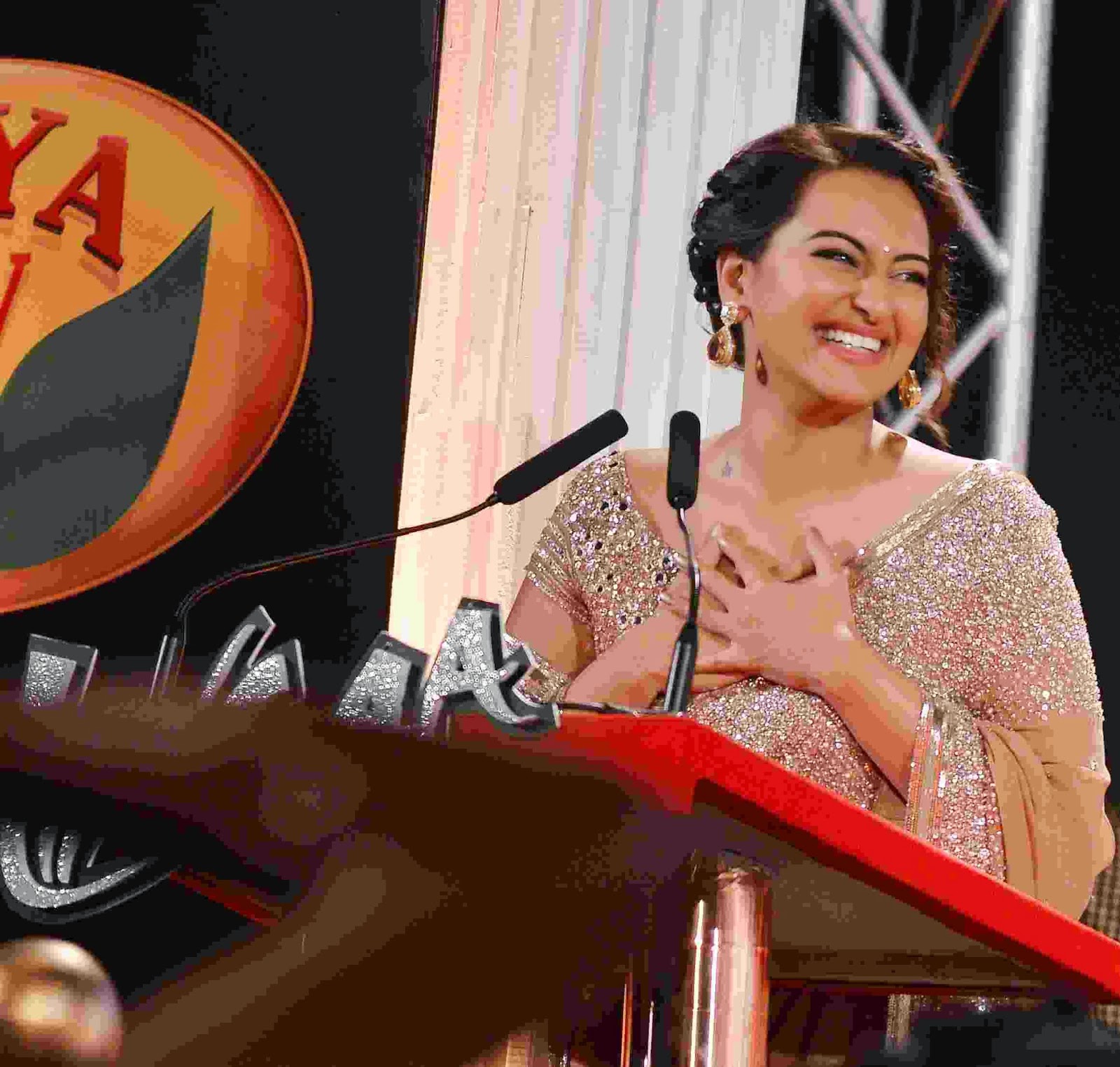 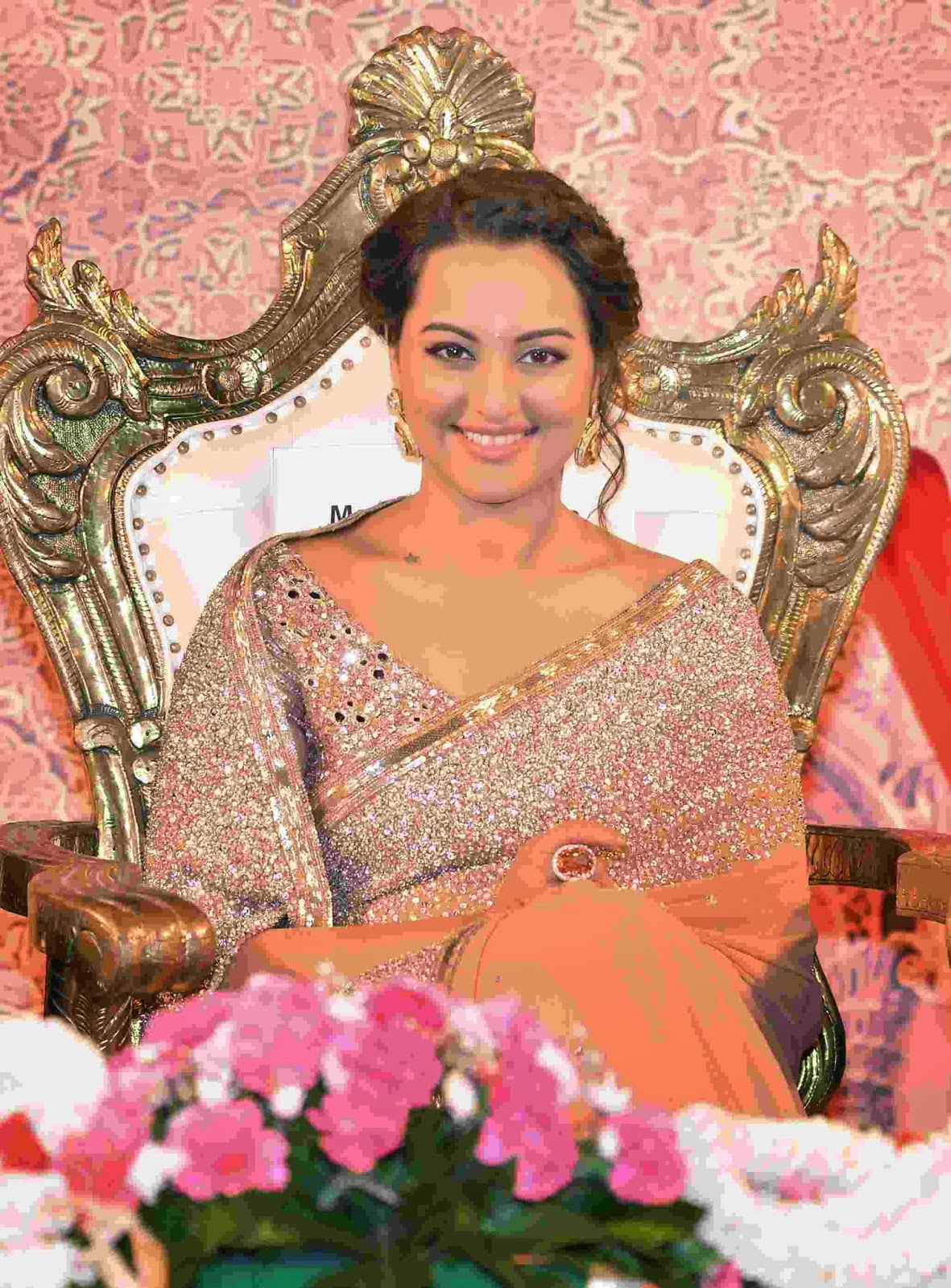 Rajinikanth starrer 'Lingaa' audio which is available on Eros Music has hit the stores on Sunday,16 November. The music has been launched through a formal function, which was held at Sathyam Cinemas in Chennai.

The venue was decked up for the audio release and the "Lingaa" posters were seen everywhere at Sathyam. The function was kick-started on time to guests and media personnel.

Music Director AR Rahman who could not make it for this grand event recorded a special video dedicated to Team Lingaa and his fans, in the short video clip, the two-time Oscar Award winner said the story has the epic feel to it and was honored to give the music for the film which has Superstar Rajnikanth in it.

Our very own Sonakshi Sinha looked elegant and graceful in a beautiful sari and was given a warm welcome by all the fans present there, she called herself as "Superstar Rajnikanth's heroine for her entry in Tollywood" which every actress can only dream of!!

Eros International's "Lingaa" is Directed by KS Ravikumar and Produced by  Rockline Venkatesh.

The entire distribution rights have been acquired by Eros International and the film is all set to release on 12th Dec, 2014!!
Posted by http://www.starfriday2012.com/ at Monday, November 17, 2014