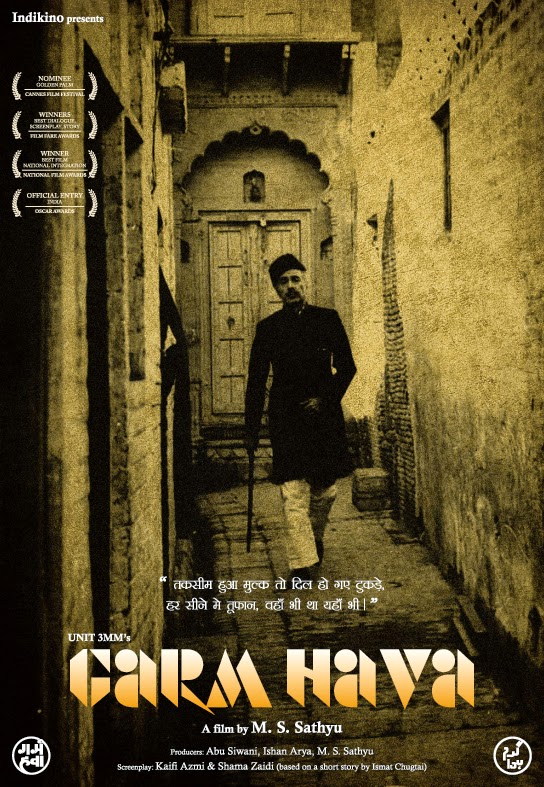 Directed by- M. S. Sathyu
Starring- Balraj Sahni, Dinanath Zutshi, Farooq Shaikh,A. K. Hangal
Garm Hawa is the story of the Mirza family at the time of the Partition in 1947.  Halim Mirza (Dinanath Zutshi) decides to immigrate to Pakistan as he feels there is no future for Muslims in India while his younger brother Salim (Balraj Sahni) stays back in hope for better time. Garm Hawa was the debut film of acclaimed actor Farooq Shaikh.