The actress felt empowered after shaving her long locks 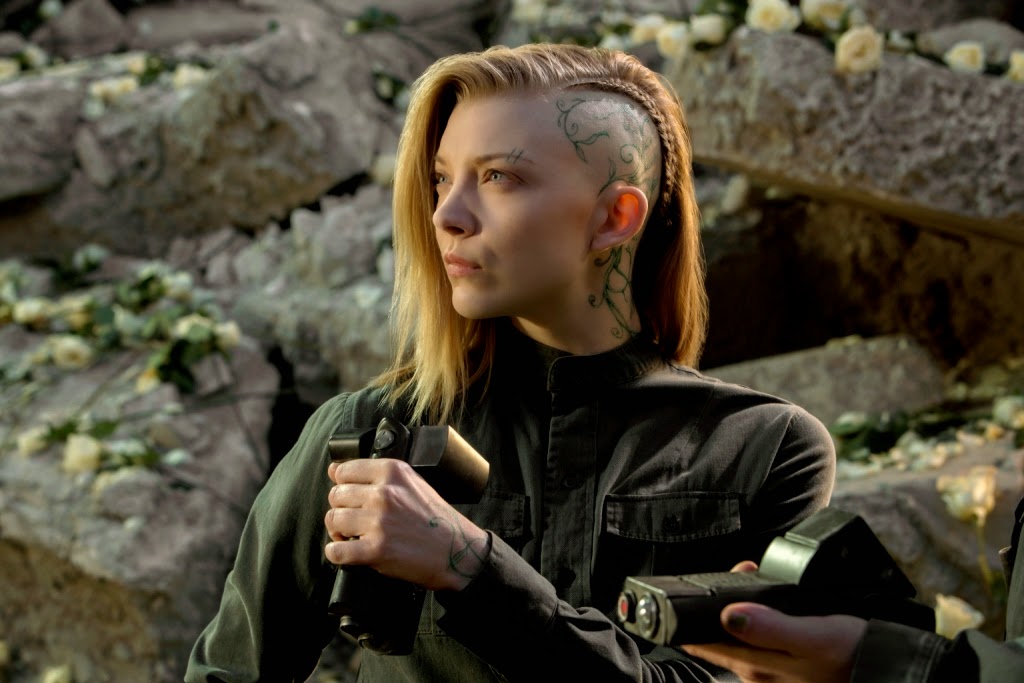 Natalie Dormer, the 32 year old English actress has been in the news recently for her half shaved look for the upcoming movie The Hunger Games: Mockingjay – Part 1. Natalie plays Cressida, the hot young media-savvy rebel who makes “propos,” a mix of viral advertising, on-the-fly news clips and inspirational messages that are the only way for the rebels to communicate to the outside world.

The actress who had to buzz the left side of her head for the role was very nervous about shaving half her head, but once she had done the deed she felt surprisingly free.

Makeup department head Ve Neill says, “Since Natalie was coming off Game Of Thrones, we really wanted to give her a completely different look than people were used to.” In the book she is described as having a shaved head and being tattooed with green vines, which could mean a number of different things, so we began to explore from there.”

Ultimately, Dormer sportingly partially shaved her own hair on one side. “Natalie was kind of freaked out about the hair at first, but then she said, ‘You know what?  I’m rocking it.’  And she did,” muses Neill.

About her look Natalie feels, “We all felt that shaving just half the head was more Capitol -- funkier, edgier, and it gave insight into Cressida’s personality.”

At the recently held world premier Natalie said, “So much of female identity is bound up in our hair. It was fascinating to explore my idea of what makes me physically attractive. I felt empowered.”

The Hunger Games: Mockingjay - Part 1, the third in the global blockbuster Hunger Games film franchise, releases in India on November 28, 2014.
Posted by http://www.starfriday2012.com/ at Sunday, November 23, 2014