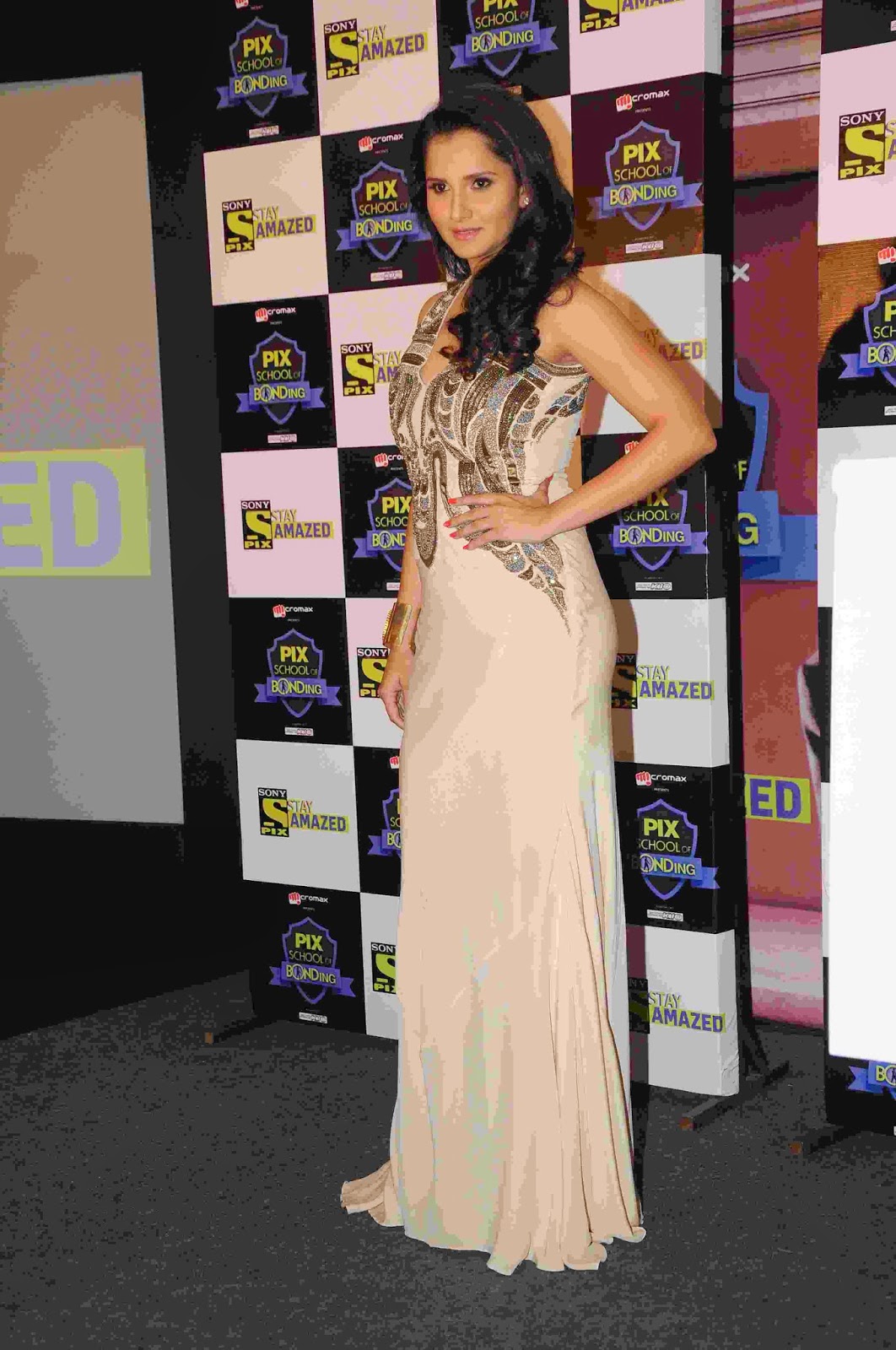 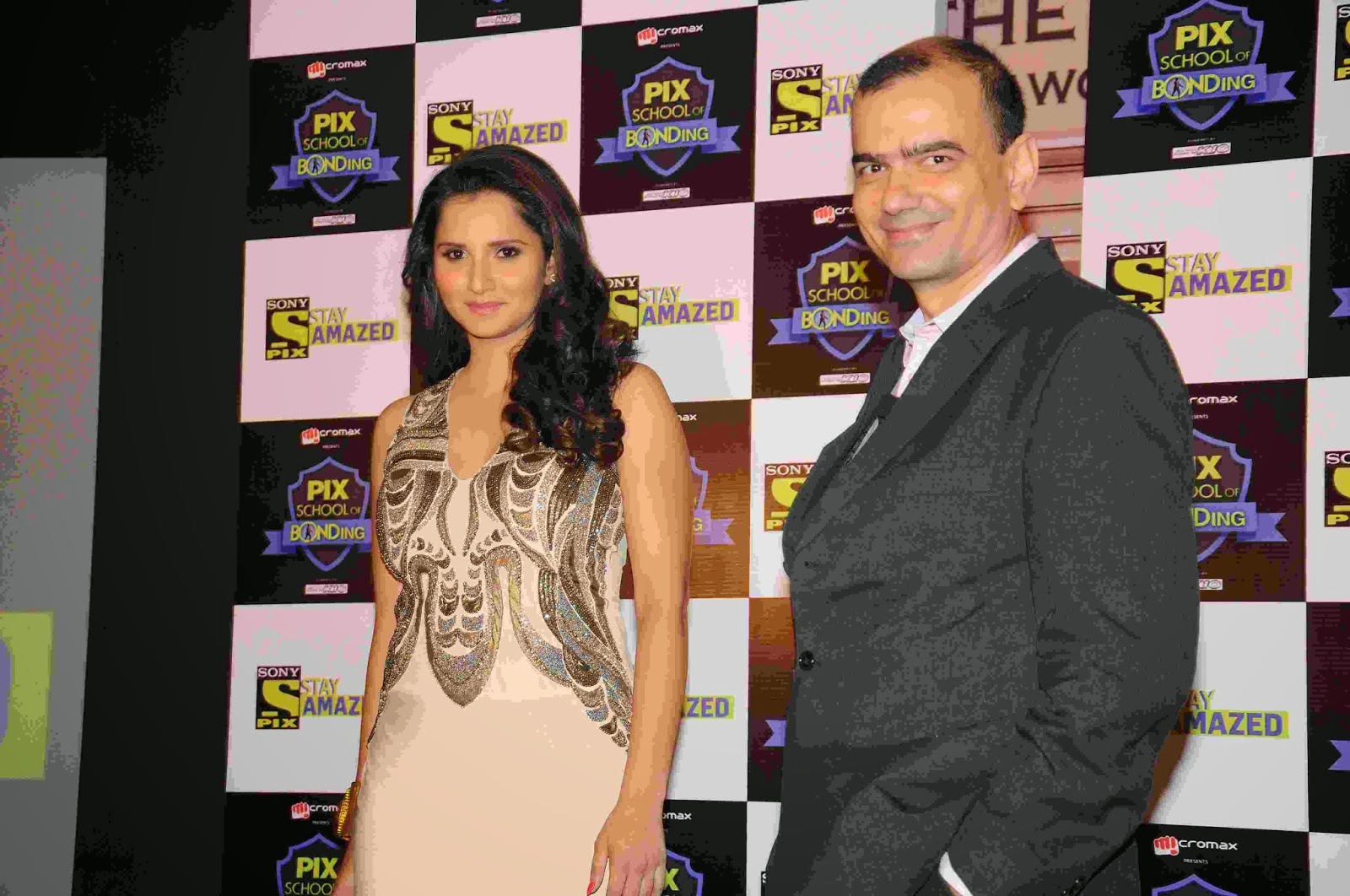 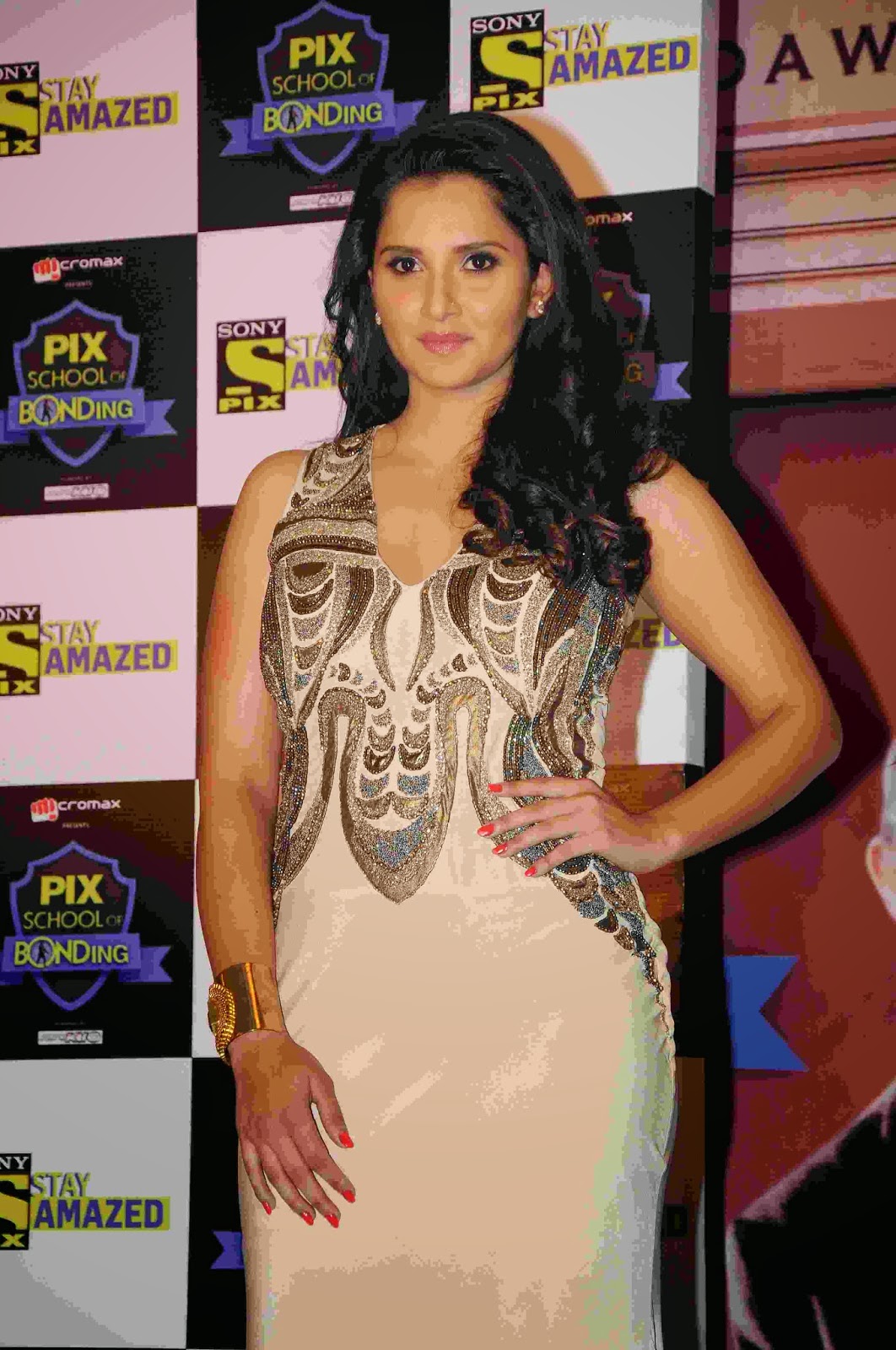 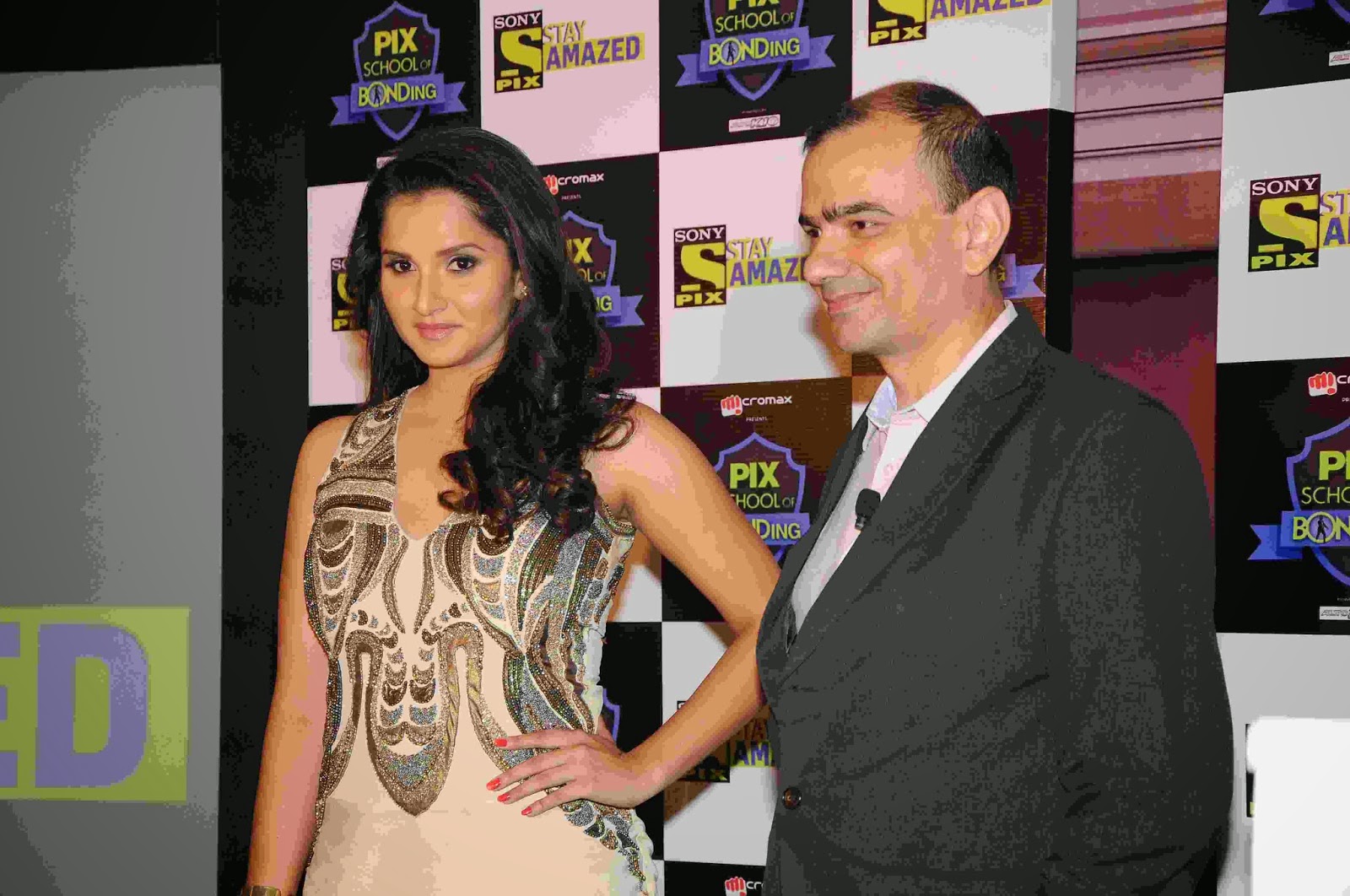 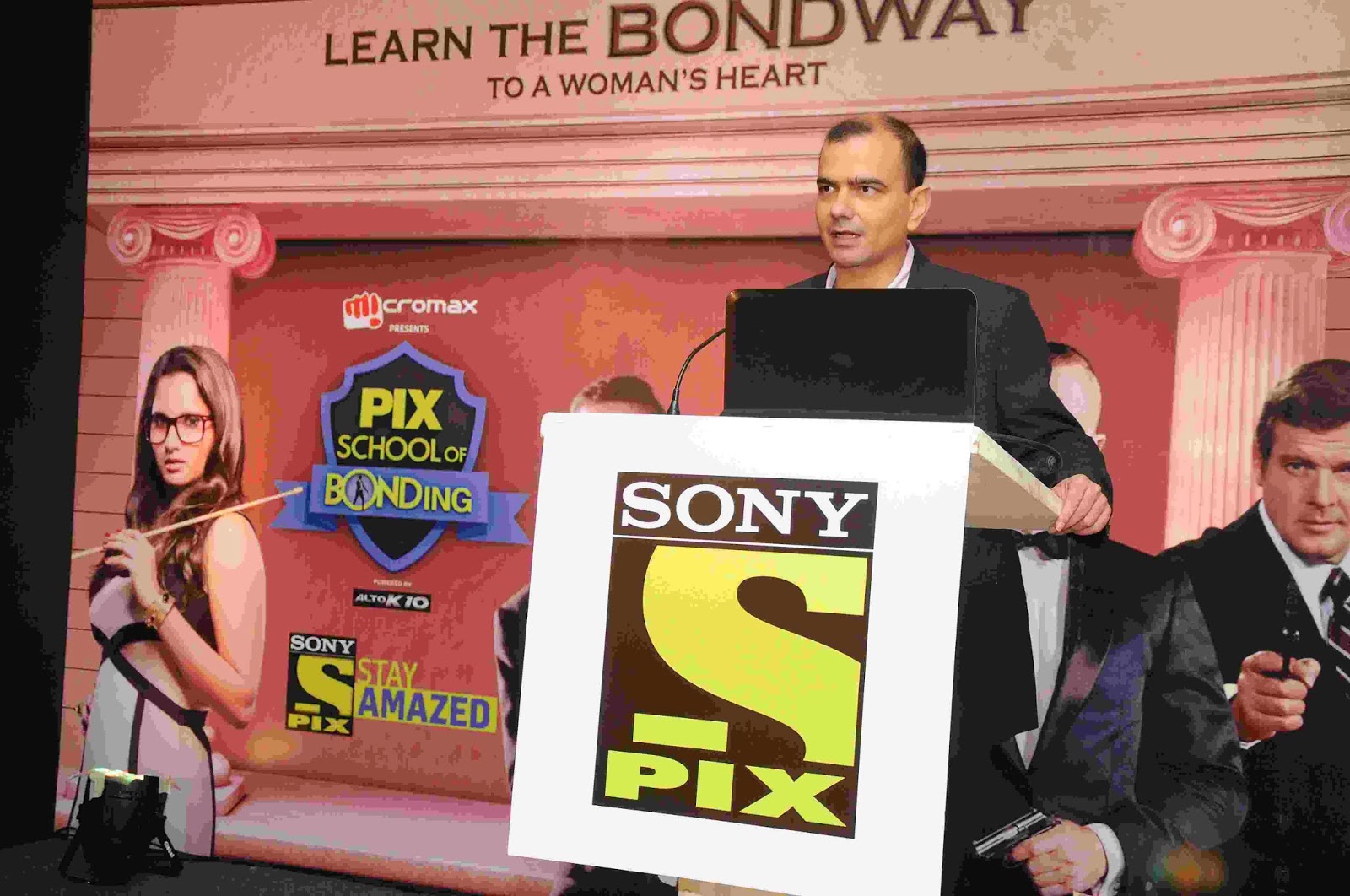 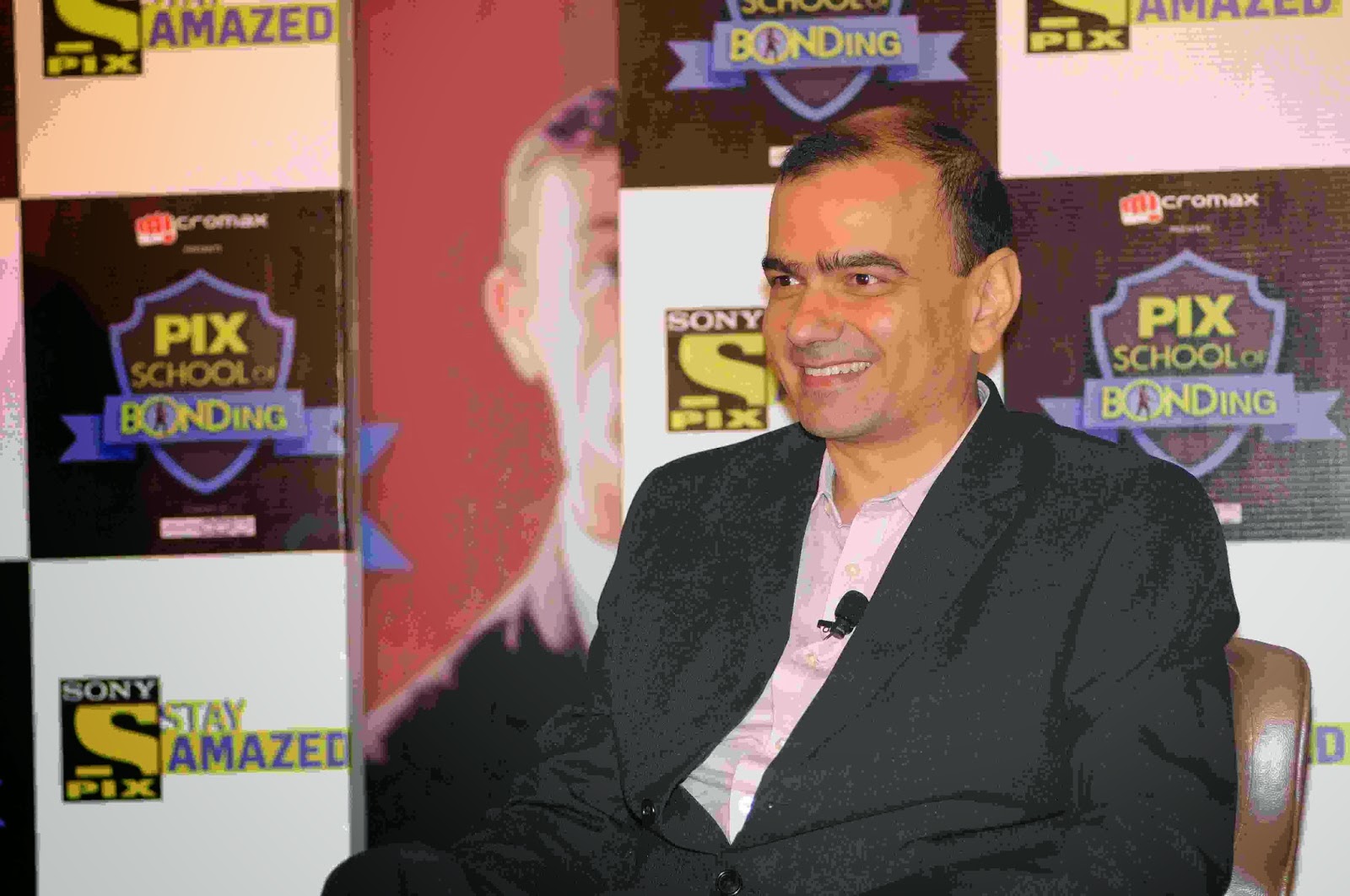 Learn the ‘Bondway’ to a woman’s heart,
Classes withSaniaMirza at the ‘PIX School of BONDing’

~Sony PIX along with SaniaMirzacelebrate the Bond Fest with back to back Bond movies starting 22nd Nov every Saturday, 7.00PMand 9.00 PM~

Mumbai, 20thNovember: "It's not how you start, but how you finish that matters."At the PIX School of BONDing you will get to witness and learn the inimitableBONDitude, a cult trait to die for. A perfect example of an alpha male, he is a quintessential ladies’ man. He is the perfect personification of a thrill ride with gadgets, gizmos and guns all around him.

Get ready to witness the hotness quotient rise as SONY PIX welcomes its viewers to the PIX school of BONDing, the largest franchise from Hollywood with 23 movies and a collection of over $ 4.1 Bn at the box-office and counting.  To bring alive the Bond attitude SONY PIX has roped in youth icon SaniaMirza,in a never seen before avatar of thetrainer at the ‘PIX School of BONDing’. She will be seen giving tips on how to woo your way to a woman’s heart, the Bondway. The PIX School of BONDing will showcase allthe BOND titles ever made on the fascinating British spy, clubbing old world charm with modern day mysteries for the next 12 weeks starting 22nd Nov every Saturday at 7.00 PM and 9 PM.

Bond has inspired many generations and is an iconic character.His movies have earlier been associated with various English movie channels but this will be for the first time that the Bond franchise with all the 23 Bond movie titles have been packaged and positioned very uniquely on

SONY PIX. The excitement doesn’t stop there! Youth icon and ace tennis champ, SaniaMirzawill be seen on ‘The PIX School of BONDing’. Catch her giving lessons on ‘The Bondwayto a woman’s heart’.

Talking about the association, an excited SaniaMirza says, “I am glad to be associated with SONY PIX, India’s leading Hollywood channel. I have always been a die-hard James Bond Fan and I love watching movies. Sony PIX’s School of Bonding is a great way to show my love for both.  Besides when I received the brief and learnt of my character as a Bond trainer I was completely ecstatic.”

Idolised by both men and women alike, the charismatic agent 007 is beyond age and time. Men want to be like him and women would kill for a man like him! The James Bond film franchise has been the longest-running continuous franchise, owing to the never ending charm and glamour of James Bond’s world.

Talking on the ‘PIX School of BONDing’,Saurabh Yagnik, Executive Vice-president and Business Head, Sony PIX & AXN, adds “We as a channel have always strived to enhance the experience for our viewers. The character of Bond spans over 50 years and has been mostly associated with the best of gadgets, guns, cars and women. A deeper probe led to a brilliant insight. Girls, Gadgets, Guns & cars keep changing over time, but what keeps BOND ticking is his evergreen attitude. Through this campaign we have sought to amplify his style, charisma and most importantly the evergreen attitude which makes him the Ultimate Man. The iconic SaniaMirzaarticulates this and how he woos his way to a woman’s heart.”

Talking about why the channel chose SaniaMirza as the face of this campaign, Saurabh Yagnik, commented, “Our objective was to create a differentiated and disruptive proposition. From here germinated the thought of portraying BOND’s attitude and desirability through the eyes of a woman. We wanted the face of the campaign to be a popular youth icon and that too in a never seen before avatar. With this brief, having Sania on board not only met our criteria fully but also blended with the PIX philosophy of WOW, COOL and WITH A TWIST.”

The Bond Mania starting with Sean Connery with Dr. No (1962) to Daniel Craig in Skyfall(2012)will take viewers from exotic locations to action packed, high on gadget escapades. Experience this with Roger Moore in For Your Eyes Only, who is on a hunt for a sunken ship which controls ballistic missile attacks; before the enemies could lay eyes on it.  In Licence to Killlookoutfor the charismatic Timothy Dalton raid a drug cartel in Miami and avenging the death of a woman who was raped and killed. Dressed to kill, Pierce Brosnan will enchant you in Tomorrow Never Dies. Gutsy Daniel Craig must win a high stakes poker game against terrorist financier in Casino Royale and prove his loyalty to M and destroy her blast from the past in the amazing Skyfall. Stay tuned and STAY AMAZED forSaturday evenings will never be so full of AMAZEMENT and STYLE.

Tune in to live the exciting and daring life with 007 and SaniaMirza at the ‘PIX School of BONDing’ for 12 weeks, every Saturday, Nov 22nd 7 pm and 9 pm only on SONY PIX!

The Sponsors for the PIX School of BONDing are

Sony PIX actively engages with its audience in India through several innovative and interactive touch points. The property PIX Premiere Nights is the largest 360 degree experiential marketing brand property within the English movie category. Through exclusive tie ups with studios, we give a chance to the viewers to watch the latest Hollywood movies before its theatrical release in India.
Follow Sony PIX on Facebook - www.facebook.com/sonypix and on Twitter -@SonyPIX