Rekha Bhardwaj delivers one of her best performances at Mirchi Live! 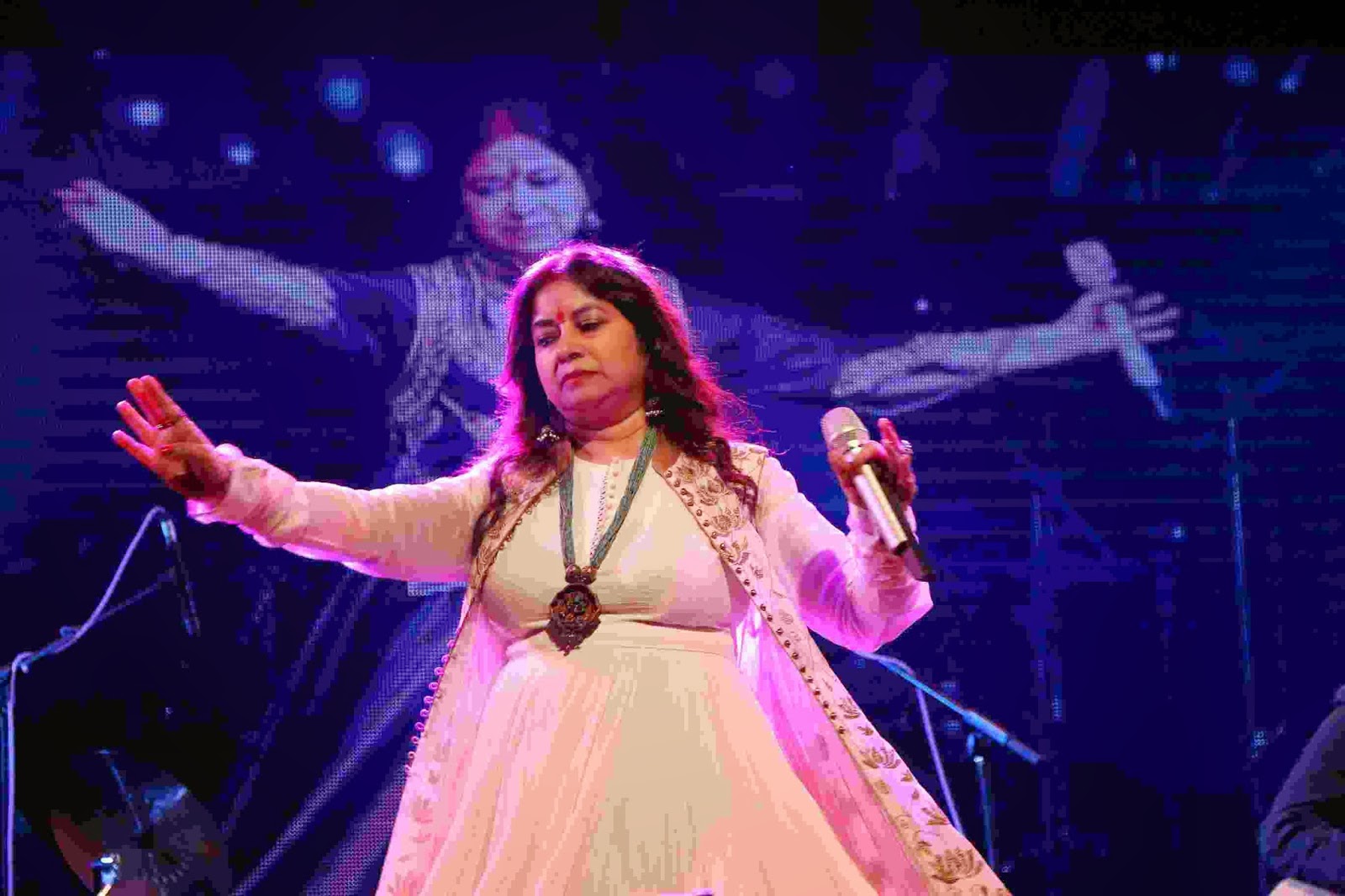 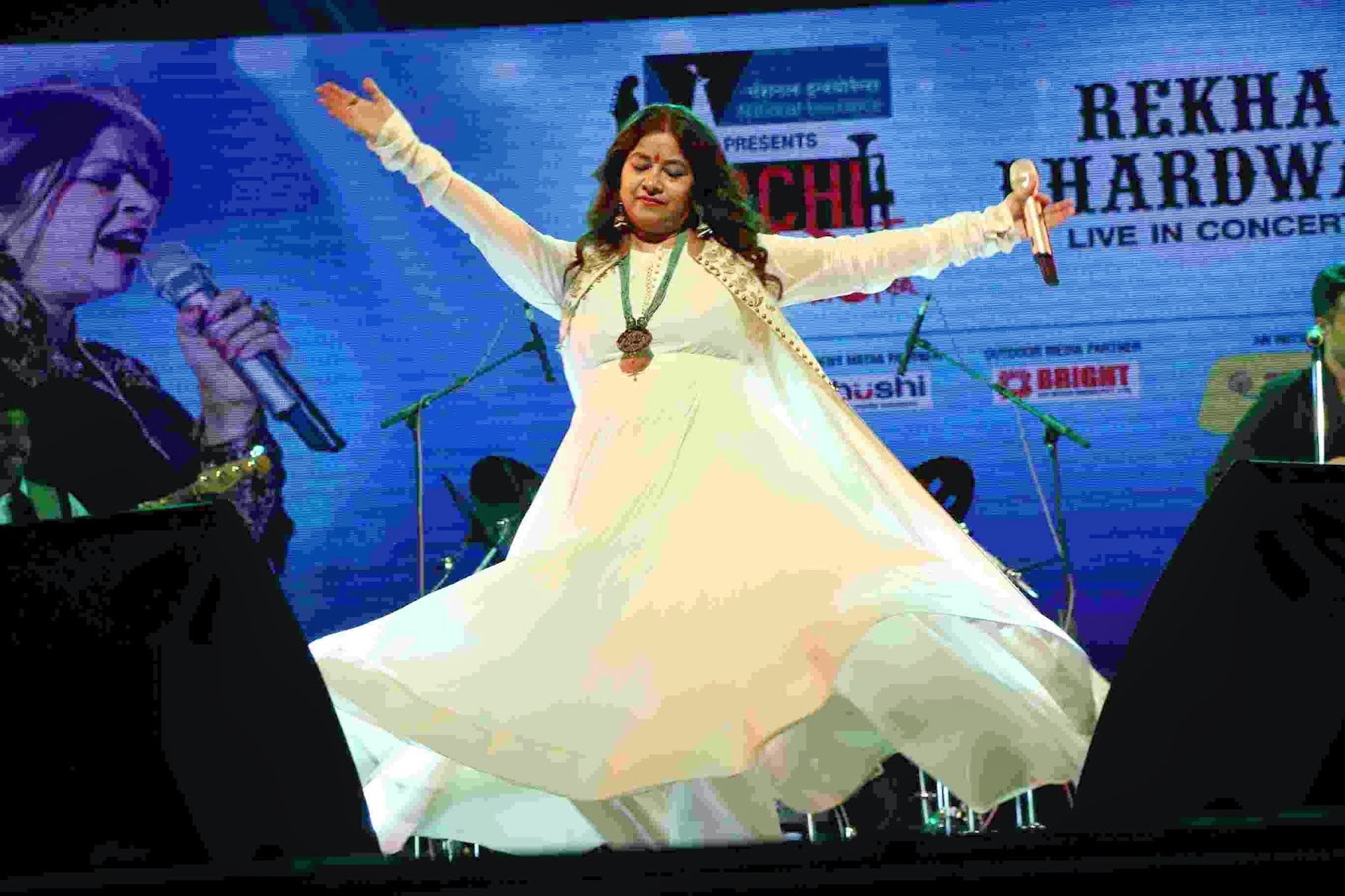 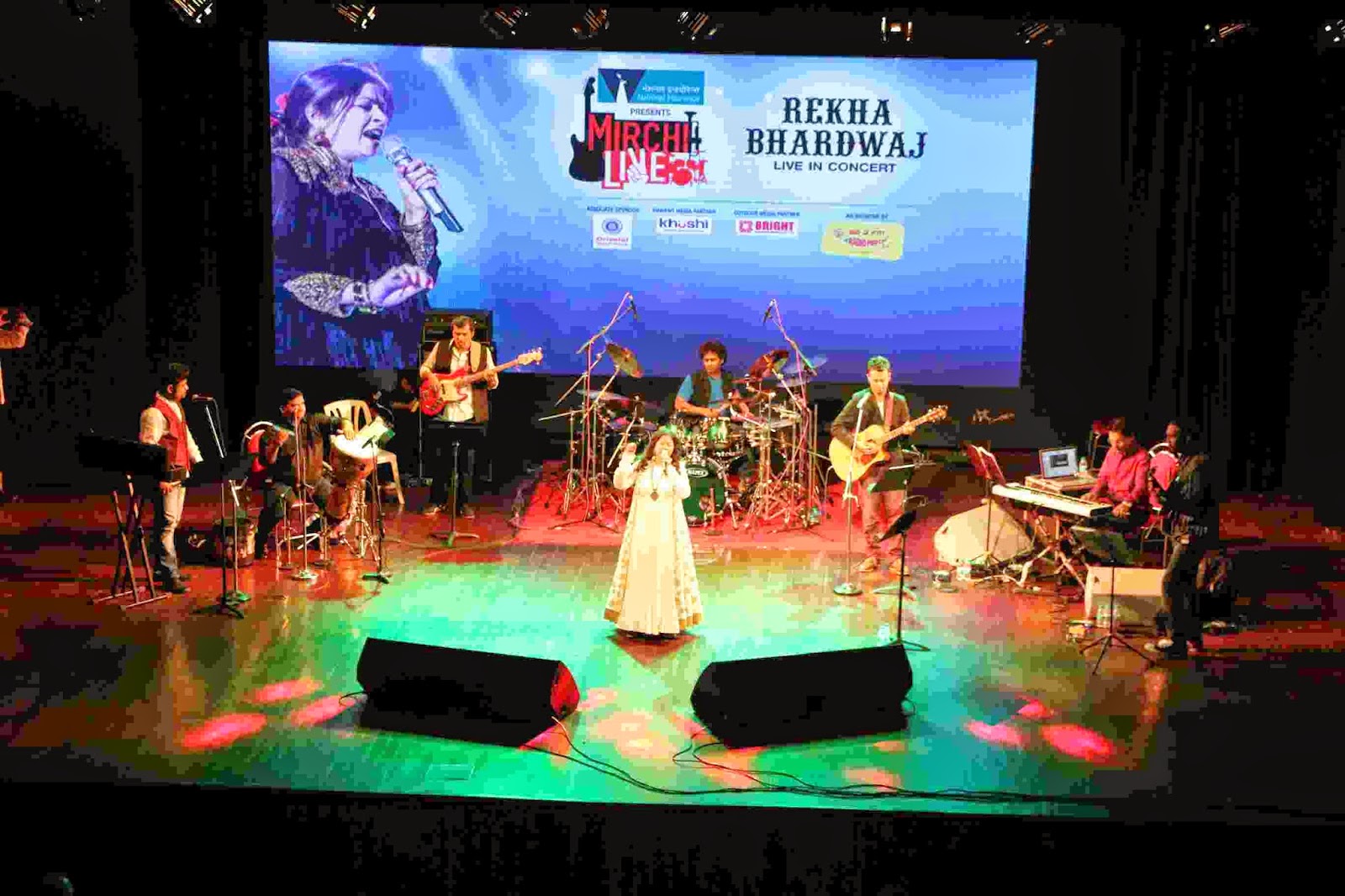 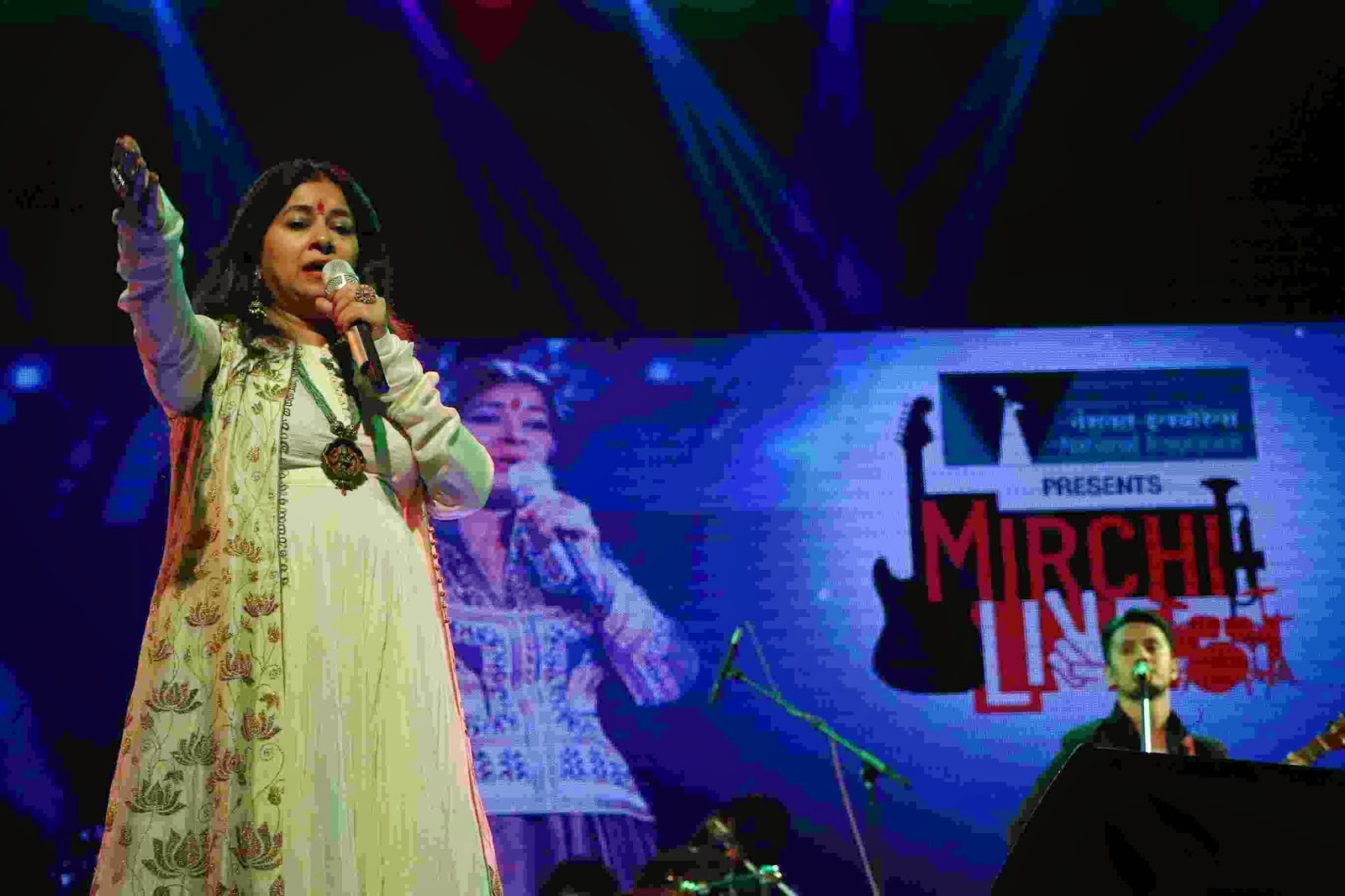 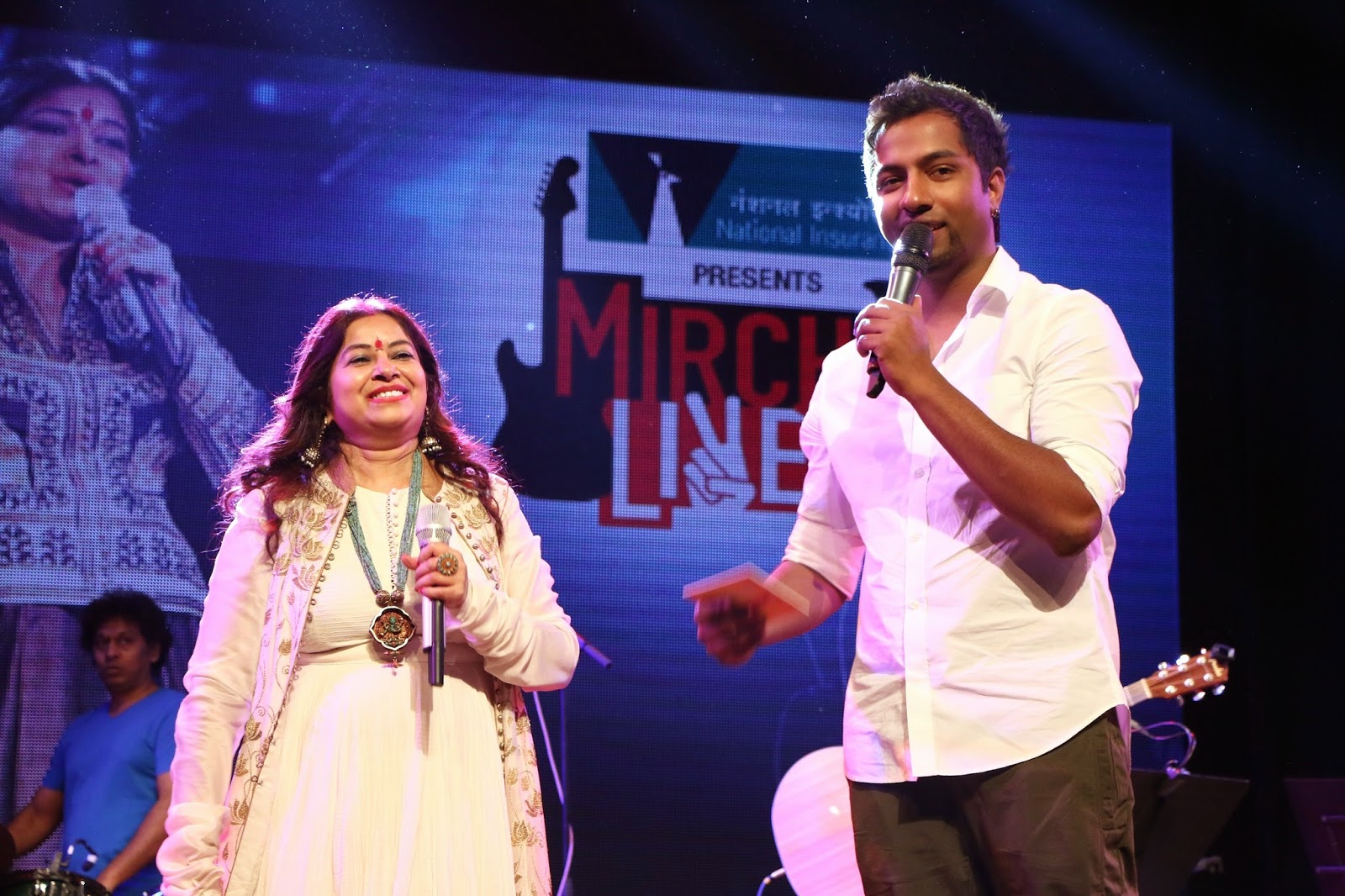 Radio Mirchi’s very own live music property Mirchi Live saw one of its best editions celebrated at Shanmukhananda Hall in Mumbai on 31st October with none other than the one and only Rekha Bhardwaj. One of India’s leading vocalists, Rekha Bhardwaj delivered a musical extravaganza to remember in a night that was studded with some of her greatest hits.

The performance was a two hour extravaganza with an eclectic mix of Bollywood, folk and Sufi music. Rekha Bhardwaj enchanted the audiences an impressive range of music that had influences of multiple genres etched all over it. The audiences were enthralled as the Diva laced the occasion with a barrage of melodies like ‘GendaPhool’ and ‘TereIshq Mein’. Radio Mirchi promoted this campaign thoroughly on air and on their digital platforms with a special interview with Rekha Bhardwaj in their morning show which created a huge buzz amongst Mumbaikars who ensured that the auditorium was packed to the rafters.

This edition of Mirchi Live is presented by National Insurance.

Commenting on the event Mahesh Shetty, COO, ENIL said, “Mirchi Live reached newer heights with this new edition with Rekha Bhardwaj. The response that we received from the audiences was phenomenal. In time to come we look forward to creating many more such musical offerings for our listeners and hope each one brings us closer to them.”

On being associated with Mirchi Live, Rekha Bhardwaj said,“I am honoured to be a part of such a prestigious platform that celebrates music and helps me connect with music lovers. I am sure that the music and celebrations we offered on this special day brought joy to each and every one of my fans. I look forward to being a part of Mirchi Live in a much bigger way in time to come.”


About Radio Mirchi
Entertainment Network India Limited (ENIL), India’s leading private FM radio broadcaster, popularly known as Radio Mirchi, operates across 32 cities in the country. Launched in 2001, Radio Mirchi has the highest listenership across the country and a track record of developing innovative content, thus expanding and retaining its audiences and advertisers through the years. Radio Mirchi has delighted listeners and the industry with its exciting properties like the Purani Jeans Film Festival and the Mirchi Music Awards.

Radio Mirchi’s continuous innovations across different platforms like Visual Radio or Mirchi Mobile have been instrumental in gaining leadership in the private FM Radio industry. Radio Mirchi made its international foray with the launch of the brand in the UAE. From 1st Feb, 2012, Radio Mirchi can be heard in Dubai, Abu Dhabi and Al Ain and is the first Indian radio brand to go international.