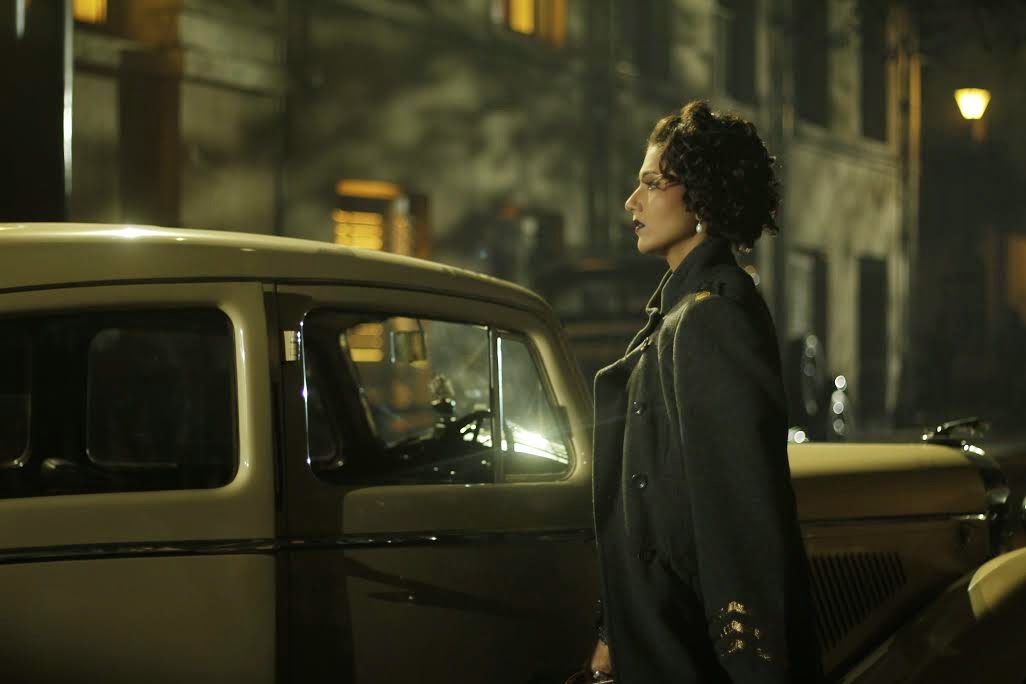 Swatswastika Mukherjee who will be seen playing the role of Anguri Devi has been reportedly said to be inspired by y
esteryears actress Devika Rani.

Devika Rani was a very established actress of the 1940’s. She was known to be a very bold actress becoming the 1st woman to kiss on Indian screen, bold-brazen-Superstar fashionista of her times.
The teaser of the film which got immense appreciation showed Swatswastika’s character in a very bold and sensuous avatar. Consider the film is set in the 1940’s a lot of people have drawn resemblance in her character and Devika Rani.
But Dibakar Banerjee shared that the role is inspired by the very famous double agent Mata Hari. Mata Hari  was a Frisian exotic dancer and courtesan who was convicted of being a spy and executed by firing squad in France under charges of espionage for Germany during World War I.
The nuances of Swatswastika's character has been crafted around Mata HAri to give an edge to her role at the same time being glamorous.
Dibakar shares, "Not Devika Rani at all. But a combination of Mata Hari and a famous character created by Saradindu Banerjee himself. A deadly double agent and a famous and notorious fashion icon who defined the taste and scandals of her generation. Anguri loves to provoke. And get your secret when you're busy looking at her, her clothes, or her without the clothes."
Posted by http://www.starfriday2012.com/ at Sunday, November 09, 2014