The mega star was seen cycling through the bylanes of Kolkata~ 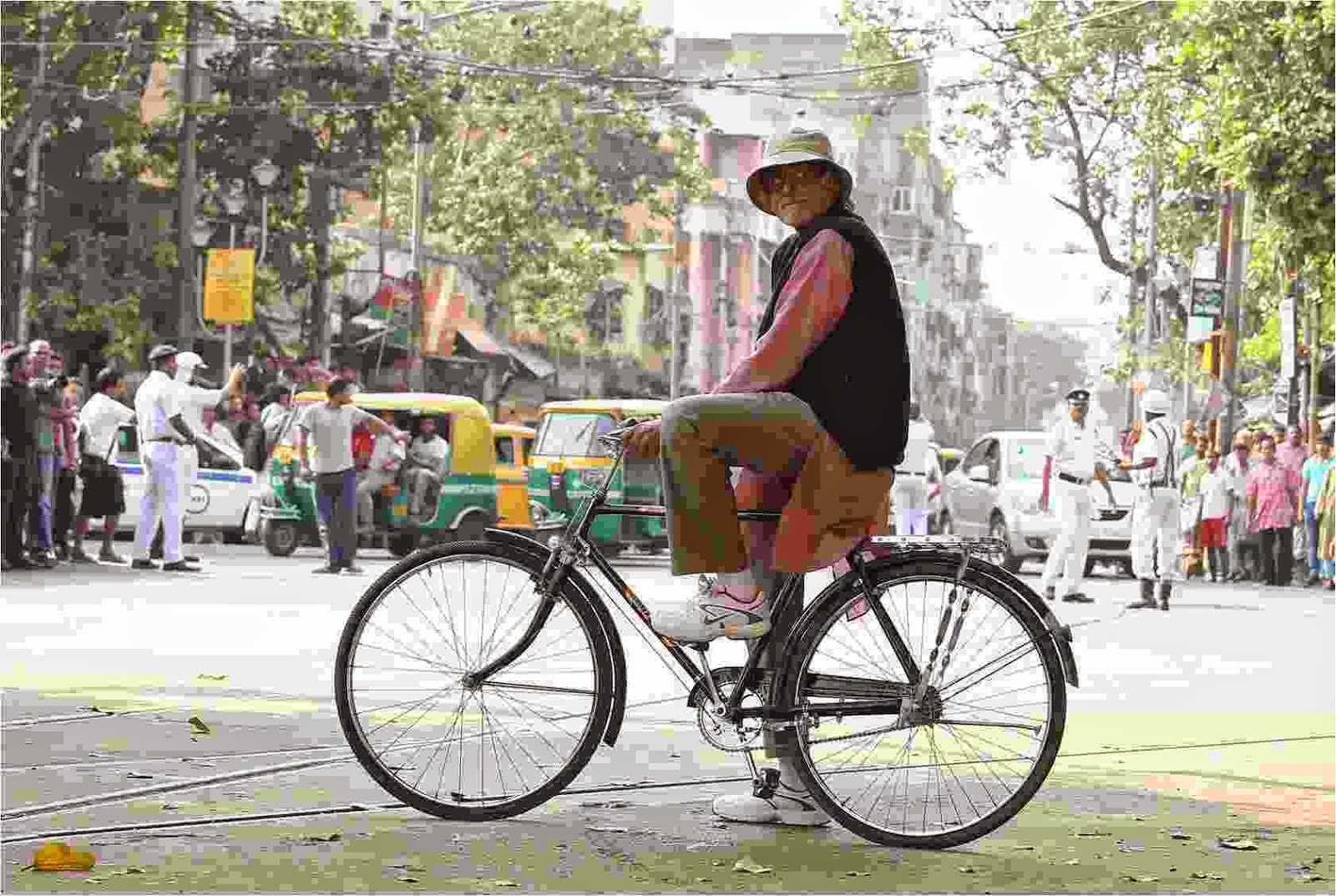 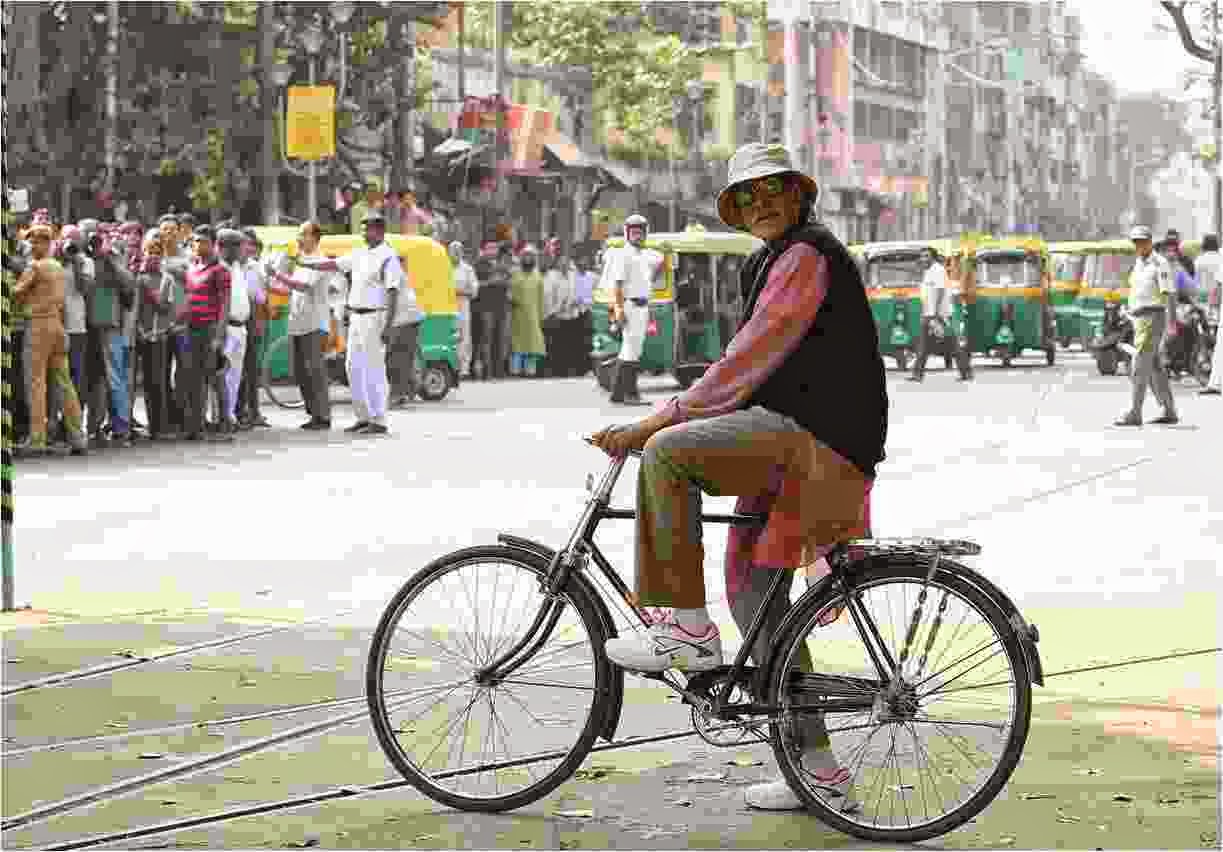 Mumbai, November 3, 2014: It was a journey to the past for megastar Amitabh Bachchan  as he shot for Shoojit Siracar’s ‘Piku’ while cycling through the streets of Kolkata Sunday afternoon. Thrilled and excited beyond limit, Bachchan Senior paddled around the sets even after the shot was canned in front of thousands of fans who thronged the streets of Kolkata to catch a glimpse of their ‘jamai babu’.
A member of the crew confirmed the news, “Yesterday, they shot near the Nonapukur tram depot. Chief Minister Mamata Banerjee has assured the unit complete cooperation and over 100 cops were deployed to ensure that there were no security issues despite the large crowds.”
Kolkata has huge emotional connect for Amitabh, as he got landed his very first job in this city, and also because the city gave him, a life partner in actor Jaya Bachchan.
Bachchan is shooting in city after a long gap of 8 years. He was spotted in the city last time while shooting Rituparno Ghosh’s The Last Lear in 2006. The Kolkata schedule will continue till the third week of November.
‘Piku’ is a roller coaster ride of a crazy father-daughter relationship essayed by Amitabh Bachchan and Deepika Padukone with Irrfan Khan top lining the cast, in a pivotal author backed role. ‘Piku’ also marks coming together of Shoojit Sircar, Ronnie Lahiri and Juhi Chaturvedi, the team that had scripted Vicky Donor.
Produced by MSM Motion Pictures ( a division of Sony Entertainment Network) , in association with Saraswati Entertainment Creations Limited and Rising Sun Films, ‘Piku’ will release worldwide onApril 30, 2015.
Posted by http://www.starfriday2012.com/ at Tuesday, November 04, 2014