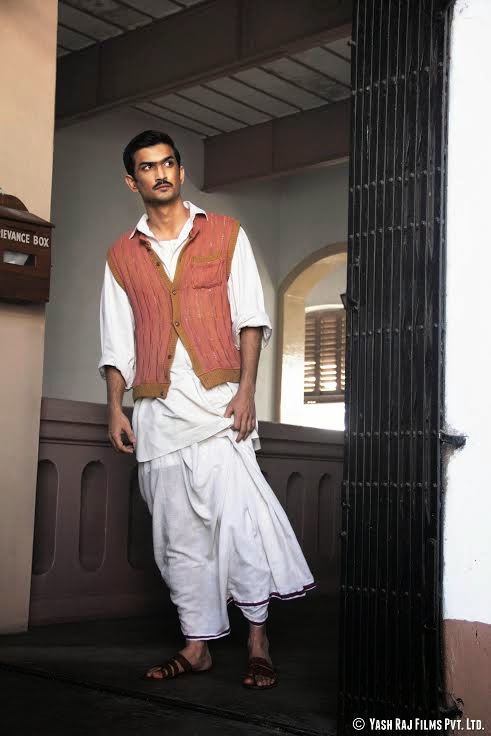 Sushant Singh Rajput and Dibakar Banerjee are all set to launch a fashion line which is inspired by the era Detective Byomkesh Bakshy is set in.Dibakar Banerjee's Detective Byomkesh Bakshy is set in the 1943 of Calcutta. The film has Sushant Singh Rajput playing the title character.The director has made it a point that each and every nuance of the film has been imbibed into the 1940's.So much so the team came up with an idea of creating a fashion line which would be a fusion of glamorous and modern styling.The fashion line will be called  'NOIR 43' and would be launched on 26th March in Delhi.

Sushant and Dibakar are originally from Delhi and are eager to be back in the city.

Dibakar shares, "the 40s in calcutta were a time of change.  Politics, war,  crime.and the independence struggle were the scene .  films were breaking new grounds in fashion. on the streets there were bengalis, english, americans, chinese, armenians, afghans and many other jostling for a share of the adventure. out of this came the unique calcutta attire. dhotis mixed with jackets. war surplus overcoats. army uniforms set the style. girls were getting out into the open. american GIs were giving the city a taste of swing and jive. the japanese were bombing and the city switched off its lights in total blackouts. out of that came noir - the dark, edgy and cool world of Byomkesh as he stalked a criminal genius. NOIR 43 takes its inspiration from this exciting and slightly dangerous world and brings back the glamour of 43."
Posted by http://www.starfriday2012.com/ at Thursday, March 26, 2015