Aamir Khan extended his trip in China to explore the country. 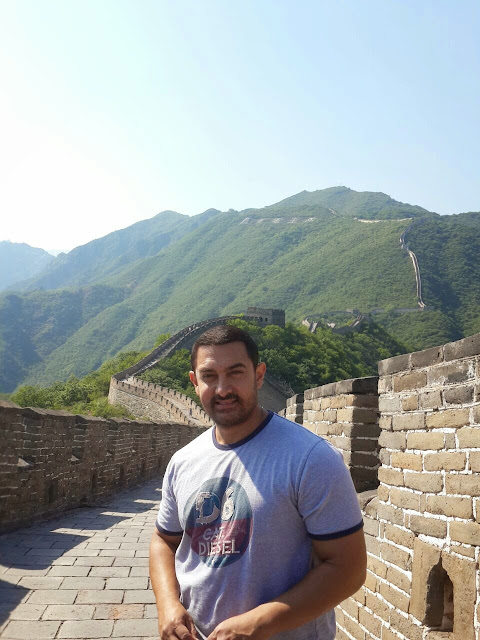 Aamir Khan, who recently visited China for the premiere of his film P.K specially took some time off and extended his trip to travel around the country and to learn about Chinese culture.

The actor spent his time by visiting The Great Wall of China, one of the wonders of the world, as its called.

He also went off to see the Forbidden city, which is one of the iconic locations of the country that contains huge history behind.

Moreover, Aamir also attended the Kung Fu, (the earliest form of Chinese martial arts) show at red theater. The actor was keen to witness the popular sport of the country firsthand and loved the experience completely.

The actor stayed back for more 2 days and took a detour of the above places. He made sure that he made the most of his time and it was definitely one of the enriching trips that the actor has had visually as well as historically.

Popularly know as Mr Perfectionist, the actor was very keen to experience and discover the city all by himself and felt entirely at quietude after doing so.

Aamir is currently busy preparing for Dangal.
Posted by http://www.starfriday2012.com/ at Saturday, May 23, 2015