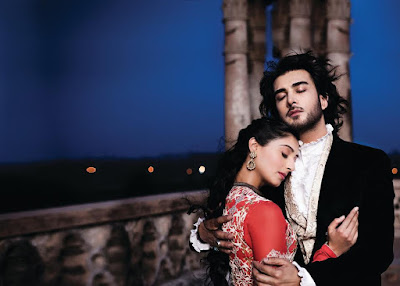 In a first of sorts, veteran filmmaker Muzaffar Ali in association with Kotwara Studios will launch the first look and trailer of their upcoming period drama, Jaanisaar at the Asia Fashion Week in London.

The movie marks the Bollywood debut of renowned fashion entrepreneur Pernia Qureshi alongside Pakistani actor Imran Abbas. The team of Jaanisaar including Pernia, Muzaffar Ali and producer Meera Ali will be attending the Asia Fashion Week at London. For the first time, a Hindi movie will be launching its first look and trailer at the show in one of the fashion capitals of the world, London.

The glittering ceremony will see Pernia as the showstopper showcasing several outfits from the movie along with the first look and trailer launch. Meera Ali has designed elegant looks of all the costumes from the movie.

The launch show, will for the first time showcase in London, the collection exclusively designed for Muzaffar’s magnum opus, Jaanisaar. The team of Jaanisaar is excitedly looking forward to bring up a spectacular show in London. The NRI Indians at London are equally excited to witness the show that aims to celebrate the incongruities of geography, culture and race through their love for fashion.

Set in the pre-Independence era, Jaanisaar is a love story of a Westernised boy and a girl deeply rooted in the ethos of Indian culture. It is a musical and has talent from Bollywood and Pakistan like Shreya Ghoshal, Sukhwinder Singh and Abida Parveen lending it their magic.

Directed by Muzaffar Ali and produced by Meera Ali, Jaanisaar is set to release nationwide shortly.
Posted by http://www.starfriday2012.com/ at Monday, June 22, 2015