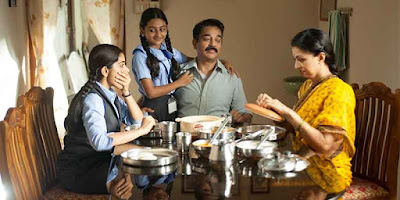 The Tamil remake of Drishyam, Papanasam, will arrive in theatres four weeks before the Hindi one releasesKamal Haasan's upcoming Tamil film, Papanasam, is a remake of Mohanlal's 2013 Malayalam film, Drishyam.Papanasam is up for release on July 3, four weeks before the Hindi version of the same hits screens on July 31.While the Hindi version is directed by Nishikant Kamat, the Tamil film has been written and directed by the original director, Jeethu Joseph.


Kamal Haasan would be enacting the  same role as Ajay Devgan would be essaying in the Hindi version.

The original Malyalam film, Drishyam has been remade in Kannada (Drishya, 2014) in Telugu (Drushyam, 2014) . Now the film will be presented in Tamil and Hindi.