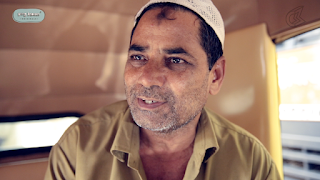 On the occasion of Eid Culture Machine- the Digital Video Entertainment Company will be releasing a video under their Being Indian Originals banner for all Indians out there. The video called ‘The Indian Muslim’ brings out the viewpoints of Muslims in India from various demographics, right from an Autowaala, a businessman, Marketing executives, children, college students etc. They were asked questions on the Muslim culture- the food, religion, misconceptions etc. The idea behind the video is to get a better understanding of the Muslim community in India, problems faced by them and what it means to be a Muslim in India.

Habitually ostracized and often stereotyped, the average Indian Muslim might tell that walking in their shoes is easier said than done. But then incredible stories of friendship and love also emerge. With hearts as big as the bowls used for cooking copious amount of sumptuous biryani, the Indian Muslim’s compassionate side is often hidden from the rest of the country. With their biggest festival, Eid, just around the corner, the timing couldn’t be sweeter to learn about this beautiful community. And what’s better than hearing the people speak for themselves, emotions and experiences laid bare. This heart touching video by Culture Machine will surprise, enlighten and is bound to make you emotional.

The video will release on 17th July under Culture Machine’s Being Indian Originals banner.
Posted by http://www.starfriday2012.com/ at Sunday, July 19, 2015