Cannes winning Masaan with Richa Chadha, Neeraj Ghaywan, Vicky Kaushal and Shweta Tripathi in Kolkata for the promotion of their film.

- Arpita Sen was spotted at the screening of Masaan 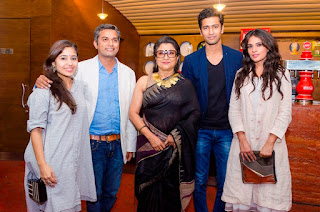 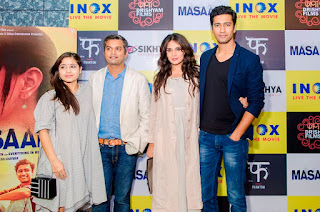 The star-cast of the film Richa Chadha, Shweta and Vicky along with director Neeraj Ghaywan were seen at the My Aqua, Kolkata promoting their film. Also spotted were well known filmmakers and actors of Bengali cinema viz., Aparna Sen and Arindram Sil during the screening of the film at South City Mall.

Synopsis:
Four lives intersect along the Ganges: a low-caste boy falling hopelessly in love, a daughter ridden with guilt of a sexual encounter ending in a tragedy, a hapless father with fading morality, and a spirited child yearning for a family, long to escape the moral constructs of a small-town.