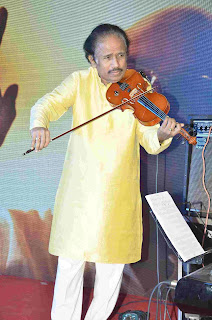 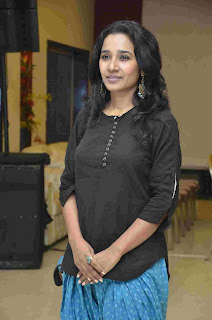 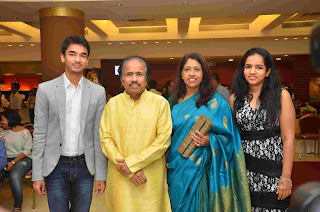 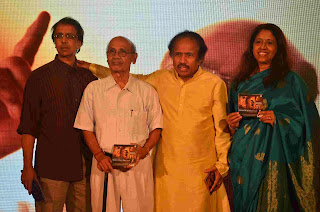 The event was the launch of the music album of the movie Gour Hari Dastaan ~ the freedom file from the hands of legendary musician L Subramaniam and his wife Kavita Krishnamurthy.

The film marks a comeback of Mr. L Subramaniam to Bollywood after 25 long years. He has composed a special theme song and a revised version of the famous ‘ Vaishno Janato ‘ along with 6 other sound tracks in the movie.

The movie is based on a freedom fighter Mr. Gour Hari Das talks about the journey of a man who started with a vision and chalked his journey through a lot of hardships but finally achieved his goal with lot of dignity and respect. Incidentally the freedom fighter ; Gour Hari ji himself was present at the event and addressed the media. On the occasion of the music launch he said , “ I am happy to have been standing in front of all of you and tell a tale which will hopefully be liked by the audience. These are my efforts in bringing out a small part of the struggle that our Nation went through 67 years back. “