One Direction's 'Drag Me Down' Smashes Record for One-Day Streams! 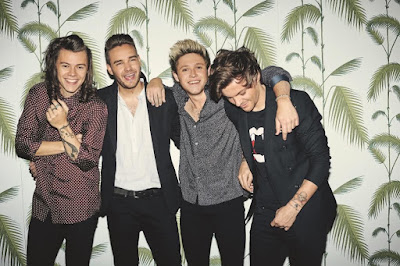 If you have only witnessed Rajnikant and Amitabh Bachchan fans in India then you have seen nothing! Yes, it’s true and here we are talking about international superstars One Direction. The 4 member band, Niall Horan, Liam Payne, Harry Styles and Louis Tomlinson, released a surprise for their fans worldwide with their first single “Drag me Down” from their forthcoming album to release in November 2015. With a simple "Bit of a surprise! Check out our new single! It's called Drag Me Down and I hope you love it as much as we do," Liam Payne tweeted and the Internet exploded. The unexpected release got their hard core fans extremely excited and within hours of its release the song topped all the charts and raced to Number 1 in over 83 Countries. With the Band having their fifth highest FB fan base in India got the song trending with the #DragMeDown and soon the entire nation was talking about it!

The band further added, “We have worked so so so hard on the song, we hope you love it”. The song that has an instant connect with the audiences features crashing guitars and soaring harmonies and showcases a very mature One Direction sound.

Worldwide, the song has set a new Spotify record for one-day streams and was played 4.75 million times global on Friday July 31, breaking a milestone previously set by Wiz Khalifa’s "See You Again,"

Adding on, Shridhar Subramaniam, President India and Middle East, Sony Music adds, “We have never experienced this kind of fan following for any international artist in India in a really long time. The band has more FB fans in India than even the UK and this unanticipated release got them even more excited and in less than 24 hours the song was topping charts on all the Indian services. With the breaking of the global Spotify record, we are confident that the boys will set one here too”

With sales of over 65 million worldwide and performances to over 7.5 million fans, One Direction truly are the pop phenomenon of this generation.