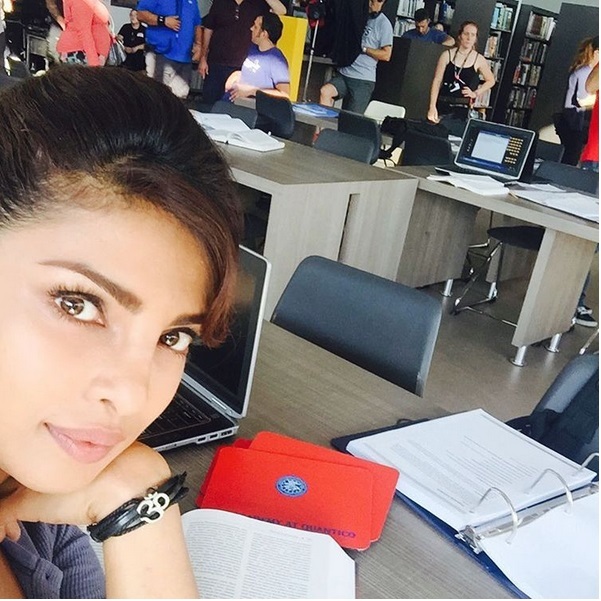 Priyanka Chopra will be seen wearing OM bracelet in her most awaited American TV show, Quantico. The versatile actor and international icon brought the bracelet from India before leaving for Quantico’s shoot in Montreal.

A source close to Priyanka reveals, “It’s only for Quantico that she’s worn the tattoo. It’s not an accessory for her character as such. Priyanka wears it because she wants to. She hasn’t worn it for any of her Bollywood films as yet.”

Priyanka is all set to create new benchmarks as an entertainer from India making her star presence felt across the globe by making her debut on American TV with the new drama series, Quantico,which is a part of the ABC Networks new line up of shows for its prime time fall season.

Quantico will premiere in India on October 3 on Star World, 9 PM, every Saturday.
Posted by http://www.starfriday2012.com/ at Friday, September 11, 2015