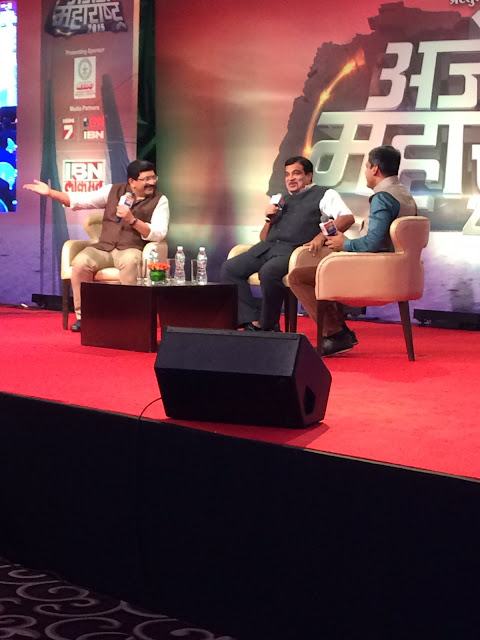 Mumbai, Friday, 30th October– As the Devendra Fadnavis-led BJP Government completes a year in office, IBN Lokmat in partnership with MIDC organized the second edition of ‘Agenda Maharashtra’, a special initiative which discussed a wide range of topics around the state’s growth and development.

Spread over multiple power-packed sessions, the event witnessed a recap of the initiatives taken and recorded the achievements, challenges and opportunities that lie ahead for the Maharashtra Government.

The daylong conference was also attended by a host of prominent & influential personalities, ranging from politicians and bureaucrats to industrialists and analysts.

Speaking on the occasion as Chief Guest, Shri Devendra Fadanvis, Chief Minister, Maharashtra Government reiterated that development remains his core agenda. “In the next 5 years we will give a new direction to Maharashtra’s growth, so that we can take the lead and contribute actively to the economic development of our country. Our reforms will focus on agriculture, education, infrastructure and social development. We have to take it upon ourselves to bring about the change for excellence”.

‘’I dream of seeing a developed and clean Maharashtra”, said MNS Chief, Raj Thackeray who presented his visionary ‘Yes, It’s possible’ development plan, highlighting topics like transport, youth and education. Minister of Road Transport and Highways, Nitin Gadkari said “Our vision is to make the functioning of the transport sector corruption free and transparent. Maharashtra will be connected by a network of highways and water buses; giving it a clean makeover is also on our priority list”.

Mahesh Mhatre and Mandar Phanse, Deputy Managing Editors, IBN-Lokmat, sharing their views on the event, said: “We are proud to host this initiative in partnership with MIDC, which will serve as a platform for government and key stakeholders to talk about their current initiatives and future plan of action for the state’s overall growth and development”