Get Blown Away The Hottest Car, Bike and Gadget Show is back! 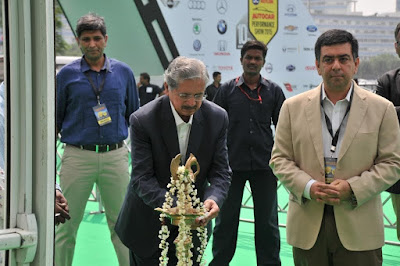 Mumbai, October 29th, 2015:- The Autocar Performance Show is a mecca for every car and bike enthusiast looking for the best in high-performance cars and bikes, accessories and the latest in car entertainment technology, all under one unique platform. The Stuff Gadget Show is a hi-end gadget show showcasing premium brands and the latest tech products.

The Autocar Performance Show 2015 celebrates its 10th anniversary this edition with a stunning line-up of exciting models from leading brands, new launches, lots more entertainment for car and bike lovers.
The Autocar Performance Show since its inception in 2005, has grown bigger and better with more and more brands participating and the crowd figures increasing exponentially. In fact, manufacturers have begun taking this show seriously by showing their best products and the quality of the stands are built to global standards. The number of visitors has been steadily increasing every year too, at a healthy average.

The significance of this year's show is that some manufacturers are using it as a platform to launch new products whilst others are using it to showcase an all-new model to gauge customer reaction. On one hand brands like Audi, DC, Chevrolet and Bajaj will be displaying a few “first timers”, whilst the live action arena like the Toyota Fortuner 4x4 Performance Drive and the Maruti Autocross have been designed to generate a lot of participation. And on the other Mercedes-Benz will aim to spread road safety awareness with their Safe Roads initiative.

The first show in 2005 was held at the Nehru Centre, Worli but due to the overwhelming response to the event the venue was changed to the MMRDA Grounds, Bandra Kurla Complex to accommodate the ever increasing crowd.

Hormazd Sorabjee, Editor of Autocar India said "We’re very excited about the 10thAnniversary of the show this year and look forward to executing even bigger editions in the years to come. The Autocar Performance Show will always be a platform which brings the entire auto industry under one roof and gives auto enthusiasts of Mumbai a chance to see the hottest cars and bikes in the market".

The Stuff Gadget Show 2015 is in association with Kingston.

Autocar India: Autocar India is the leading auto magazine in the country providing cutting edge news in the Indian automobile market and the latest car and bike reviews. Ever since it was launched in 1999, Autocar India has earned a reputation for its scoops, exclusive stories and exhaustive road tests and has become a 'must-read' for auto enthusiasts.