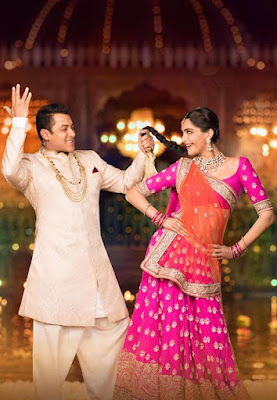 The title number of Prem Ratan Dhan Payo treats you with the royal grandeur along with the magic of Rajshri Productions.

Prem Ratan Dhan Payo symbolizes the reunion of the most awaited director actor duo after a long wait. Whenever this duo is seen on screen, they create magic and break box office records.

The trailer of the movie created history as it garnered over 5 million views within 24 hours of its launch and has been going strong ever since.

The movie is supported by a huge ensemble cast and is slated to release on 12th November 2015.

Sooraj Barjatya says, "This song is very precious to me as it has the title in it - it's beautifully  written  by  Irshadji and melodiously  composed  by  Himeshji..  It is our homage to meerabhai bhajan ram rattan dhan  payo".
Posted by http://www.starfriday2012.com/ at Thursday, October 15, 2015