The cast of AIG experienced the Big Boss house. 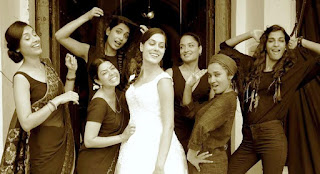 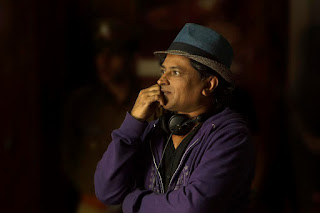 AIG is a film about 7 girls who got together after many years for a friends bachelorette in Goa.
Before they started shooting for the film the director, Pan Nalin wanted to ensure the girls get along with each other so that their camaraderie translates effortlessly on-screen. He also wanted them to be focused in bringing their characters to life.
As part of prep the production got all the girls together under a roof where they conducted workshops, script reading, singing, dress trails, cooking, yoga, meditation etc..
They all stayed under one roof for 40 days as part of prep as Pan Nalin wanted things to be improvised rather than sticking to a bound script.
While it was fun, it was also difficult. The girls got a sense of how the big boss house works.

Draft quote:
Says Pan Nalin "It actually did not occur to me till someone pointed out during a discussion that this is like the Big Boss house. I guess, in many ways it was like one. In hindsight I feel it was a great decision though to put them together in one house. They all bonded differently and equations came into play. Further they were able to work on their inter-personal relationships and enhance the character's believability."
Posted by http://www.starfriday2012.com/ at Tuesday, October 13, 2015