Ranbir - Deepika, the Golden Pair of their time! 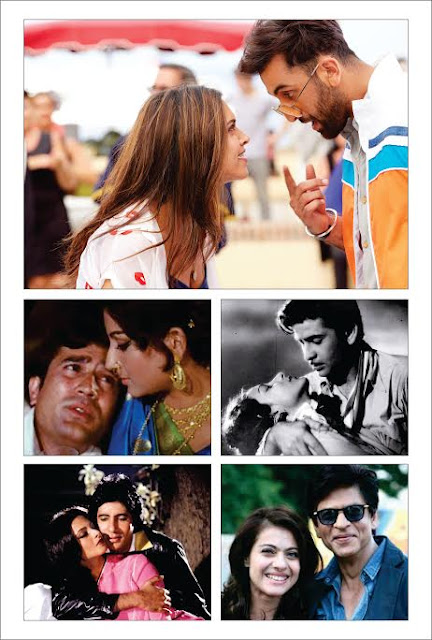 As Tamasha inches closer to release, the chemistry between Ranbir and Deepika has become one of the major talking point.

This particular pair has taken the audiences expectations much high for their known chemistry both onscreen and off screen!

From the trailer launch to each song that was out, the want of seeing this pair more has constantly been expressed by fans.

But what leaves a lot of their fans disappointed is that they cannot see them together in real life. That leaves them with only one option of watching them together on the silver screen.

Another such example of this is SRK and Kajol who are also known as a Golden pair and who have passed the baton of being the Golden pair to Ranbir-Deepika now. SRK Kajol too are hitting the screen back together with their upcoming release.

There have been some pairs like these even in the past when we have seen them together so many times on screen and off screen, we have heard several rumors about them being in a relationship or taking a break.

But one thing which has been common with all these timeless couples is that none of them ended up with each other as millions of their fans would have wished.

Tamasha being one of the most awaited films of the year with the most loved pair coming together on screen, it has already created huge buzz and the excitement to see Ranbir and Deepika on the silver screen once again is at its peak.

Presented by UTV Motion pictures and Nadiawala Grandson Entertainment, Tamasha is directed by Imtiaz Ali and produced by Sajid Nadiawala.