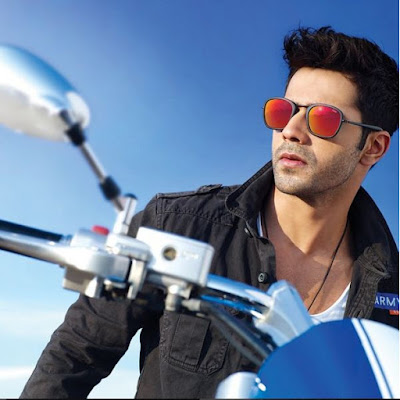 Varun Dhawan had a tough time while filming for Sajid Nadiadwala’s Dishoom over the weekend, in a suburban studio.

The actor, who was shooting for his brother, Rohit Dhawan’s directorial had to do a challenging scene in which he was hung upside down for several hours.

Dishoom has a lot of action sequences, including many unique stunts.

In one of the scenes, Varun had to be hung upside down for about seven hours.

"It was an extremely difficult stunt. It affected his (Varun's) blood circulation, causing dizziness. To ensure that his health was not affected, the makers had a doctor present on the film’s sets,” says a source close to Varun.

While the makers were worried about the actor’s health, everything went smoothly.

“Varun pulled off the scene really well. The makers and the unit members were happy with how it turned out,” says the source.

The film marks to be the first venture whereby Varun and his brother Rohit are working together.

Dishoom is an upcoming Indian action adventure film Directed by Rohit Dhawan and Produced by Sajid Nadiadwala.
Posted by http://www.starfriday2012.com/ at Wednesday, November 18, 2015