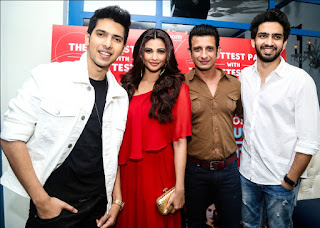 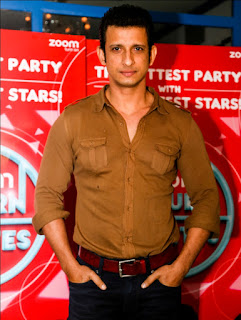 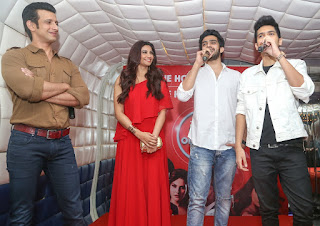 Mumbai, November 28, 2015: The much-awaited Zoom Turn On Nites series took off with its first party - a glitzy, glamorous extravaganza where India’s No. 1 Bollywood channel rolled out the red carpet for 10 viewers who had won a very special contest. Their prize? A chance to let their hair down and rub shoulders with prolific Bollywood stars! The first such party went on floors with the star cast of the forthcoming thrillerHate Story 3 -- Sharman Joshi, Zarine Khan, Daisy Shah, Karan Singh Grover, Priyannshu Chatterjee and film producer Bhushan Kumar himself. Popular young lead singers of the movie, Armaan Malik and Amaal Mallik enthralled the audiences with a live performance.
For a chance to get invited to the party, viewers of ZOOM, India’s No. 1 Bollywood channel, had to shoot a video showing their eagerness to attend a ZOOM Turn On Nites party, and upload it as their entry to the contest run on social media. The 10 winning viewers of ZOOM not only partied with the stars in the VIP lounge of Villa 69 in Mumbai, but also won exciting channel premiums.
After Mumbai, ZOOM will take its Turn On Nites! series to other key metros. For an opportunity to ‘party-cipate’, viewers have to keep watching ZOOM and take part in the contest on the channel’s Facebook page and Twitter handle.
So keep watching ZOOM to bag your chance to dance with the stars!
About ZOOM:
ZOOM,  India’s No. 1 Bollywood channel, and a trendsetter in its genre, brings viewers closer to the biggest stars through the hottest entertainment news, features, countdowns, music, trends, celebrity interviews and reviews. ZOOM is available across 60 countries worldwide besides heavy presence in the social media space making it the one stop shop for everything related to Bollywood.
Posted by http://www.starfriday2012.com/ at Tuesday, December 01, 2015