Vh1 Supersonic wows music lovers with a magnificent kaleidoscope of lights on day 3; attracts popular faces from world of sports and entertainment 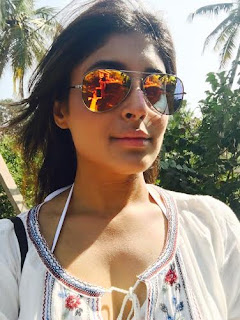 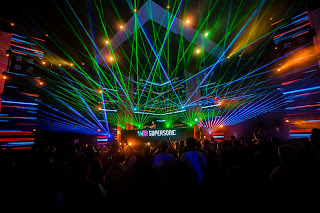 
~In a fitting finale to the festival, masters of dance music such as Axwell, Nervo, Grum, Albin Myers, Lost Stories, Pearl and many more to take to the stage~


A burst of colour, bright lights that twinkle and dazzle, and graphics that consume you mind, body and soul – fans of electronic dance music who had gathered on the sands of Candolim to catch a glimpse of some of the legends of dance music were treated to more than just the best music ever! When artists such as Deorro, Paul Ritch, Culture Shock, Luigi Madonna, DJ Zinc and W&W took to the stage in the late hours of the evening today, the night was awash with every colour on the spectrum and fireworks that lit up the sky…such was the allure of the event that even stars from the world of glamour couldn’t resist it and made a beeline for the event. Spotted partying their hearts out at the event were the superstar of the India Cricket Team – Rohit Sharma, popular actress Kritika Kamra and MTV’s hottest young star Parth Samthaan.


Speaking about here experience at the event, the gorgeous Kritika Kamra said, “I love EDM and Vh1 Supersonic has pulled in some really hard core dance music artists. I was totally blown away by Norman Doray’s set today and I think Deorro was insane because suddenly I saw a whole mass of people just completely going bonkers. It’s crazy and amazing at the same time. I’m here with my parents and friends and after a hectic few months, parting at Candolim to such amazing music is definitely the best way to end the year on a high note! I can’t wait to see Axwell perform tomorrow!”


As the music began with Ryan Nogar VS Sid sharp at the stroke of one on the Laboratoire Supersonique stage, the magic makers at Live Viacom18 set to work creating a display of lights and graphics to reel audiences in. Mesmerizing the audiences through on this balmy Tuesday afternoon with their superlative musical powers were none other than maestros of their art, Bl@nk, Zaeden, Muxka Jar, Ox7gen, Tuhin Mehta, Dubvision and many more. And just as the sun started going lower on the horizon, the three stages Laboratoire Supersonique, Spectrum and the iconic steampunk centerpiece – The Iron Heart, were exploding with creative energy. Lovers of dance music were in for an evening of true magnificence as Pravvy Prav, Norman Doray and Joran Van Pol made some big noise on their respective stages. The energy on Candolim beach was electrifying as thousands of bodies writhed and jumped and a million screams of pure musical ecstasy escaped the lips of the music lovers.


However it was at sun down when all the three stages seemed to erupt with a bang as the lights shined brighter, the colours got deeper and exploded out of the multitude of screens set up across the venue and when the fireworks took the entire show to a whole new level of awesome. Fans were torn between dancing away to the heart thumping music and standing still – hypnotized by the trippy graphics that seemed to touch the heart, mind and soul. When the fireworks lit up the stage during Deorro’s set, the audience couldn’t control themselves from going crazy. The evening witnessed an outstanding climax as W&W, Luigi Madonna, and DJ Zinc gave the audiences a show worth their every hard earned penny and more. Dazzled by the magnitude of the festivals, fans were seen raving on and on about the sheer beauty of the experience that is Vh1 Supersonic 2015.


Joining the fans in their love for dance music on day 3 of the event, Jaideep Singh, Senior EVP and Business head- LIVE Viaocm18 said, “People come to Vh1 Supersonic 2015 for the experience. It’s a festival for those who enjoy electronic dance music from the bottom of their hearts and feel the excitement right in their bones. They know each and every artist and follow their music religiously. It is thus our duty at Live Viacom18 to provide them an experience that they will never ever forget in their lives. They come for the music but they stay back for the show. I’m absolutely proud of my team here that has worked relentlessly to create an event that defies expectations and just becomes bigger and better with each passing year. We do it for the lovers of dance music out there…and seeing their delirious smiles means we’re doing things right!”


As Vh1 Supersonic gears up for the mega finale tomorrow, Candolim will witness a multitude of emotions in the span of just a few hours. Taking to the stage tomorrow                    w are the biggies from the world of dance music such as, Nervo, Grum, Albin Myers, Lost Stories, Pearl and of course, the big headliner for the day, Axwell. It’s going to be the grandest party in town for sure and you better not miss it!


Shout out to all the party mongers! If you’re not already here…make sure you get here…ASAP!
Buy your tickets at: www.gosupersonic.com  and www.meraevents.com/vh1supersonic2015/


Live Viacom18 is a is a wholly owned subsidiary of Viacom18 Media Pvt. Ltd. Live Viacom18  was  set  up  with  a  strategic  objective  of  growing  International  entertainment  and  its  consumption on all platforms : Live, Television, Mobile and Online. Live Viacom18 focuses on building IP’s in all genres of Music (EDM, Rock, Pop and Jazz) and Entertainment (Comedy and theatre shows). LIVE Viacom18 has built more than 12 large format IPs across categories over the last few years and is uniquely positioned to build a 360 degree promotional and fan base built   up ecosystem.  Live  Viacom18  has  a  strong  technology business called Spotlight which has  direct  partnerships  with  all  leading  telecom   and handset operators in India which give its  access to 900 million touch points for pushing  consumption of music, varied form of content  and  music  from  the  live  events  and  Artists  bytes and trivia. LIVE Viacom18 engages with millions of consumers through impactful large format live properties such as Vh1 SUPERSONIC, MTV VMAI, Nickelodeon KCA, Emerge, MTV Xtreme, and Comedy Central Chuckle Festival amongst others.