Mirchi Music Awards Marathi is back with its 4th edition 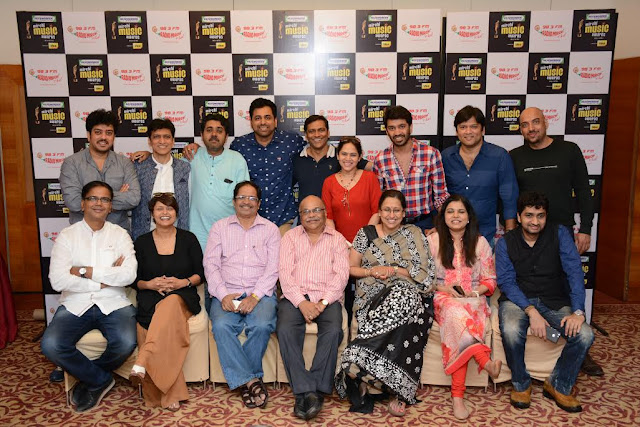 In a year that saw Marathi film music surpassing many barriers of excellence and popularity, Radio Mirchi, India’s hottest radio station is back with the 4th edition of Mirchi Music Awards Marathi powered by Idea. The 4th edition will recognize and honour excellence in music with jury awards for films released in 2015.


“It was a difficult year to judge the music, with one song better than the other. The Jury has considered 409 songs across 98 albums to shortlist best amongst categories”, says Jury Chairman Suresh Wadkar.  The Head of Jury Ashok Patki is accompanied by eminent maestros and veterans from the Marathi film & entertainment fraternity such as Sadhana Sargam, Praveen Davne, Aarati Ankalikar, Bela Shende, Kaushal Inamdar, Vaibhav Joshi, Manoj Pandya, Nilesh Mohrir, Rishikesh Kamerkar, Rahul Deshpande, Salil Kulkarni, Vaishali Samant, Vijay Dayal, Milind Ingle & Abhijit Pohankar met today to vote on awards across 12 categories, including upcoming categories. Ashok Patki, the Head of Jury said, “I am honored and it’s my privilege to be part of Mirchi Music Awards 2016 Marathi as a judge for 4th consecutive year. MMA Marathi is the most credible awards, where we celebrate the excellence in music. I would like to wish all the very best to the final nominees. May the best music win!”


Announcing the Awards, Preeti Nihalani, Regional Director West & Central Radio Mirchi said, “Over the last few years Marathi music has grown in leaps and bounds with the quality as well as quantity of music. The partnerships with Bollywood veterans and collaborations with musicians from classical music has truly enriched this years musical experience. We would like to congratulate the entire industry for the music produced in 2015. Radio Mirchi is delighted to have the maestros and veterans of the Marathi music industry as our esteemed jury members to identify and felicitate the best! With our 4th edition of MMA Marathi, we hope to make it a yet another memorable awards for the Marathi music industry."