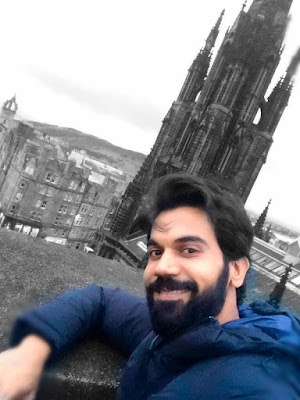 Rajkumar Rao who rang in his new years in London this year has been donning a certain look.

The actor who as earlier seen in a clean look has grown dense beard and has opted for a distinct hairdo. We wonder if the actor has been developing this particular look for one of his characters in his upcoming film.

However we sure love the actor in this intense look and would love to know for which film is the actor working secretly.

Rajkumar Rao has delivered some brilliant performances in past in films like Citylights and Shahid. The actor is also the youngest in the industry to have bagged a national award.