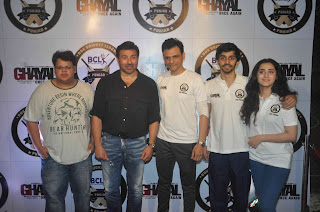 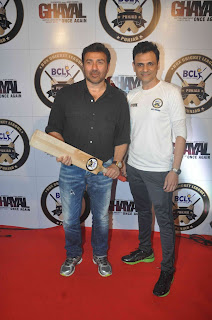 Sunny Deol had his muskateers with him- Shivam Patil, Rishabh Arora & Diana Khan along with other members from the team, and Sumit Dutt's team had several players from the media fraternity- Hard Kaur, Jassi and many more.

Sunny posed for the shutterbugs did some bhangra and even played few overs.