Emraan Hashmi unveils the cover of his book “The Kiss Of Life--How A Superhero & My Son Defeated Cancer”. 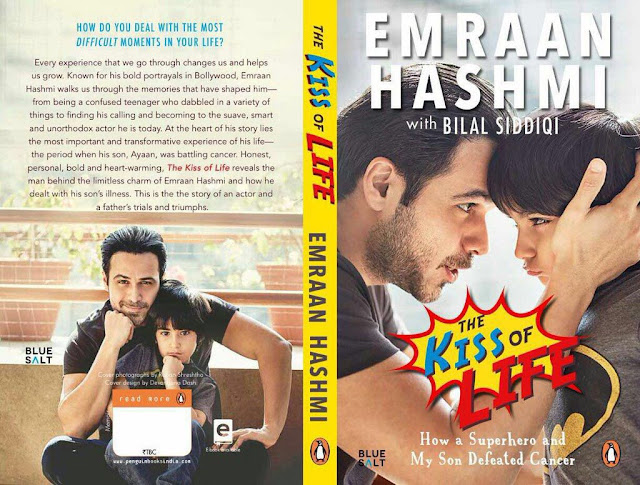 Emraan Hashmi may have always played the hero in the span of his career, however, the actor reveals that in reality it is his son Ayaan who is the true “superhero”.

Ayaan who was in remission has defeated cancer, inspiring the tag line of his book “How a Superhero & My Son Defeated Cancer” .The book published by Penguin ,is co-authored by Bilal Siddiqi and traces the effect the disease can have on a child and his emotional journey from diagnosis, through the treatment, to being cancer free for 2 years.

The cover was launched at the India Habitat Centre, New Delhi,at the Spring Fever 2016 ,Delhi's oldest literary and cultural festival organized and hosted by Penguin Randomhouse India , which celebrates its 8th anniversary.

The event started off with an interesting discussion moderated by Editor India Today, Kavaree Bamzai , where Emraan Hashmi, co-author Bilal and special guest of the evening, Sonali Bendre, author of the best selling Modern Gurukul had an intimate chat about parenting.


​On the occasion said Emraan,  “This book is a part of my life, it's about a phase which, in its way, was a cathartic experience. I would say it's equal to forty movies that I have done".
Posted by http://www.starfriday2012.com/ at Monday, March 21, 2016