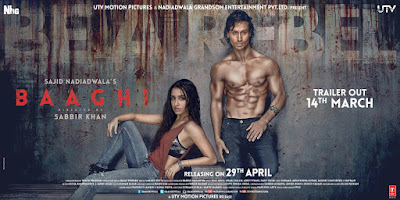 Shraddha looks smoldering hot and Tiger's nonchalant attitude topped with his six pack is sexiness personified! The second poster from the film sure sets the rebellious aura straight and exhibits a never seen before rugged side of the duo.