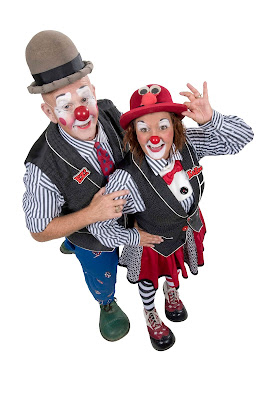 ~A 10 day extravaganza for your entire family with shows, performances and workshops~

Mumbai, December, 2016: Laughter is the best medicine and you are invited to get your dose of laughter. Inorbit malls across the country – Malad, Vashi, Hyderabad, Bangalore and Vadodara, invites you to the International Clown Festival. Block your dates between 16th and 25th December 2016 to witness spectacular performances and acts that will tickle your funny bones.

This would be first of its kind a 10-day event providing pure family entertainment. The festival will have daily performance by an International clown. The kids can also participate in workshops to learn the art of juggling, balloon sculpting and balancing. Also, join us for a Santa Parade on 25th December 2016.

The event is spearheaded by Martin D’souza, Vice President of World Clown Association, he has been in the clowning and entertainment business for over 25 years.

Stand up comedies is a passé, now experience a new genre of entertainment this Christmas.