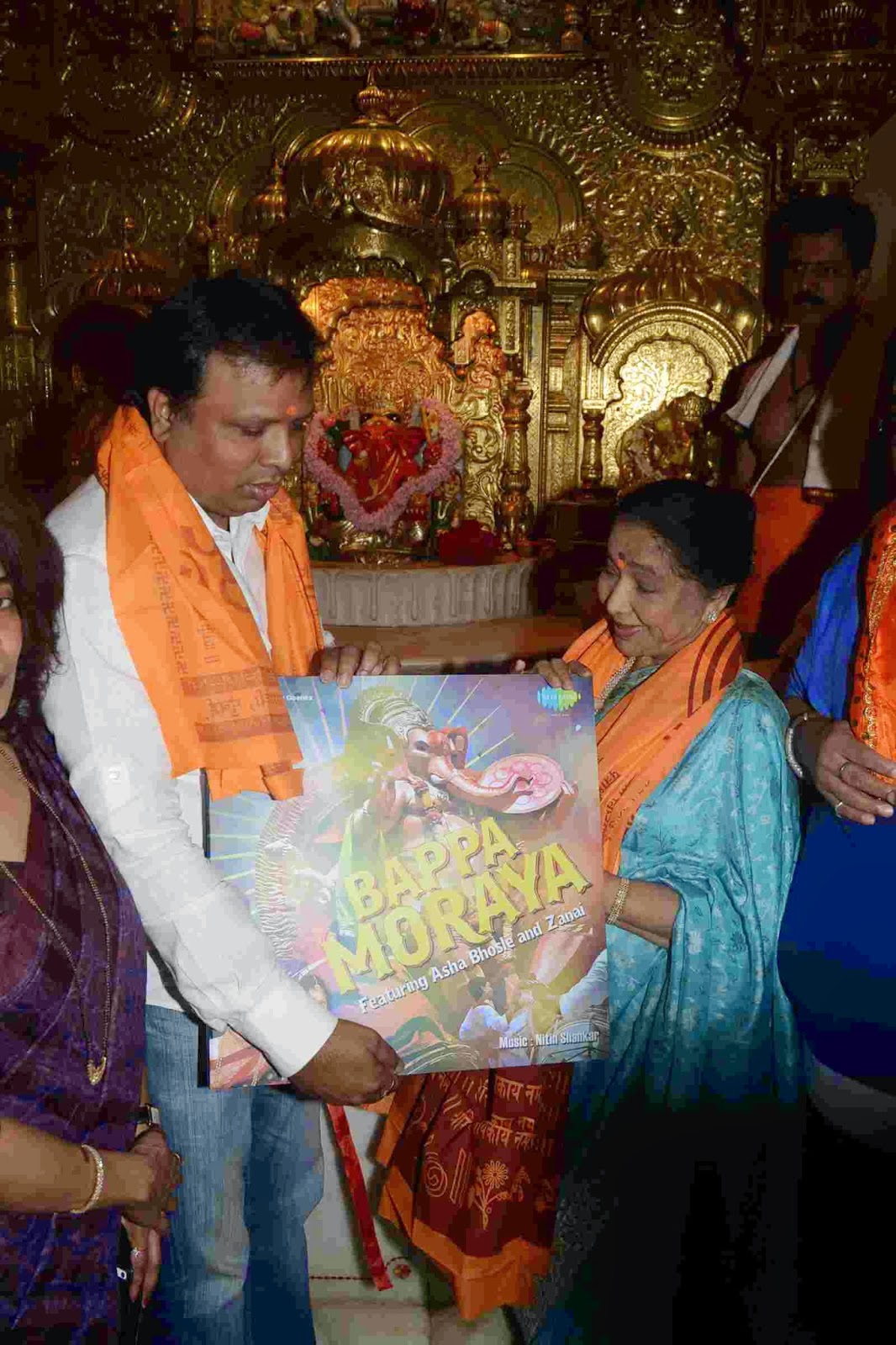 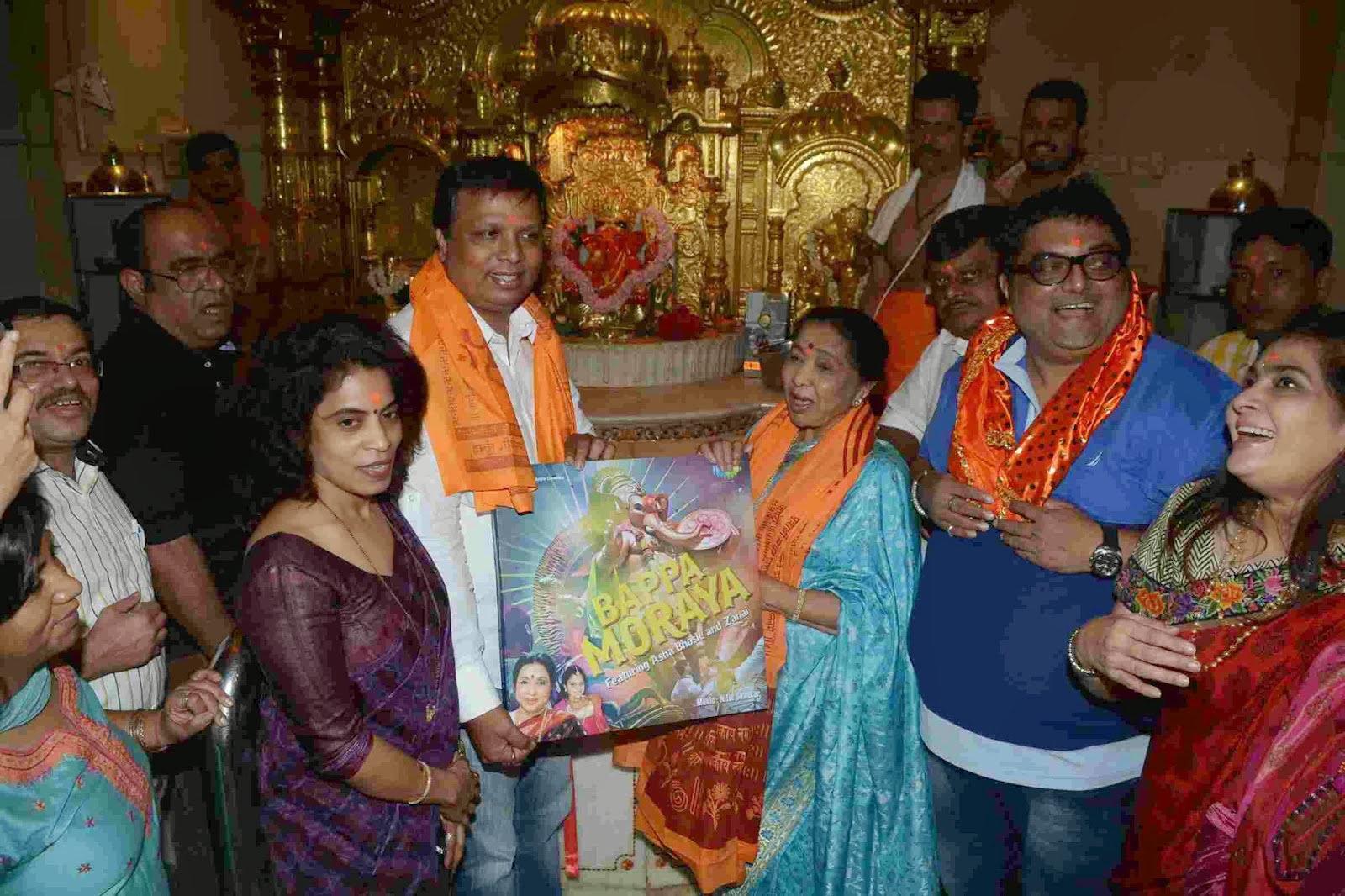 27th August’2014, Mumbai:  On the occasion  of Ganesha Chaturthi, the great Ganesha festival, also known as 'Vinayak Chaturthi' or 'Vinayaka Chavithi'  celebrated as the birthday of Lord Ganesha  Saregama India Ltd. proudly launched the first devotional single ‘Bappa Morya’ by  the most celebrated legendary singer ‘Asha Bhosle’ featuring her granddaughter Zanai,  in Siddhi Vinayak Temple
The music of this track is composed by none other than the  renowned   Percussionist  Nitin Shankar.  The  song represents the dynamism of all the Ganesh devotees.  The tract has a unique touch with foot tapping music.  The added attraction of this this track is Asha ji’s grand daughter Zanai.

Says Adarsh Gupta, Business Head, Music - Saregama India ltd, “ This tribute to Ganpati by Asha ji pulsates of exceptional energy perfectly exemplifying the true nature of his Lord. Asha ji’s magical voice in this rendition  will make it stand out for time to come”

About Saregama India Ltd:
Listed on the NSE and BSE, Saregama India Limited, is India’s largest and best-known music recording company.Formerly known as The Gramophone Company of India Ltd, Saregama owns the largest music archives in India, one of the biggest in the world.  The ownership of nearly 50 per cent of all the music
ever recorded in India also makes Saregama the most authoritative repository of the country’s musical heritage. Saregama has now expanded into other branches of entertainment – it is involved in  production and distribution of motion pictures, television software, digital content, and home entertainment.  It also runs studio facilities in Dum Dum,  Kolkata making it one of the best  end-to-end entertainment houses in the country.
Posted by http://www.starfriday2012.com/ at Thursday, August 28, 2014