After their first halt at Parsi Da Dhabba in Talasari they headed to Surat.

At Surat they were welcomed with a surging crowd.
The word of them arriving spread and people had thronged at the famous  ice cream centre where they were scheduled to visit.
It became a bit of a situation where extra security had to be called to take precautionary measures.
It was a near stampede situation as no of people kept increasing.  They all just wanted to catch a glimpse of the actors - Aditya and Parineeti.
The actors were overwhelmed with the love and support from their fans. 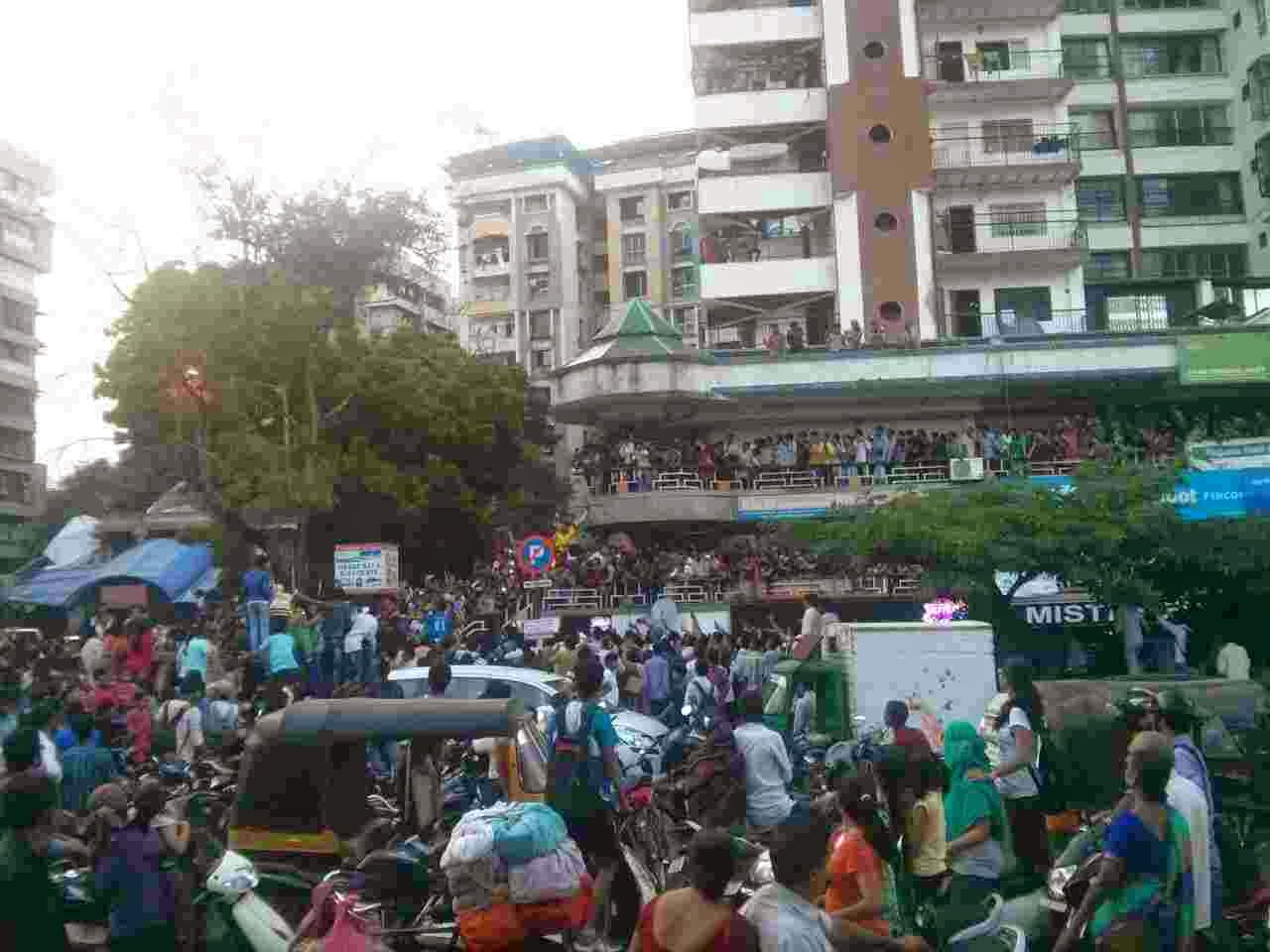 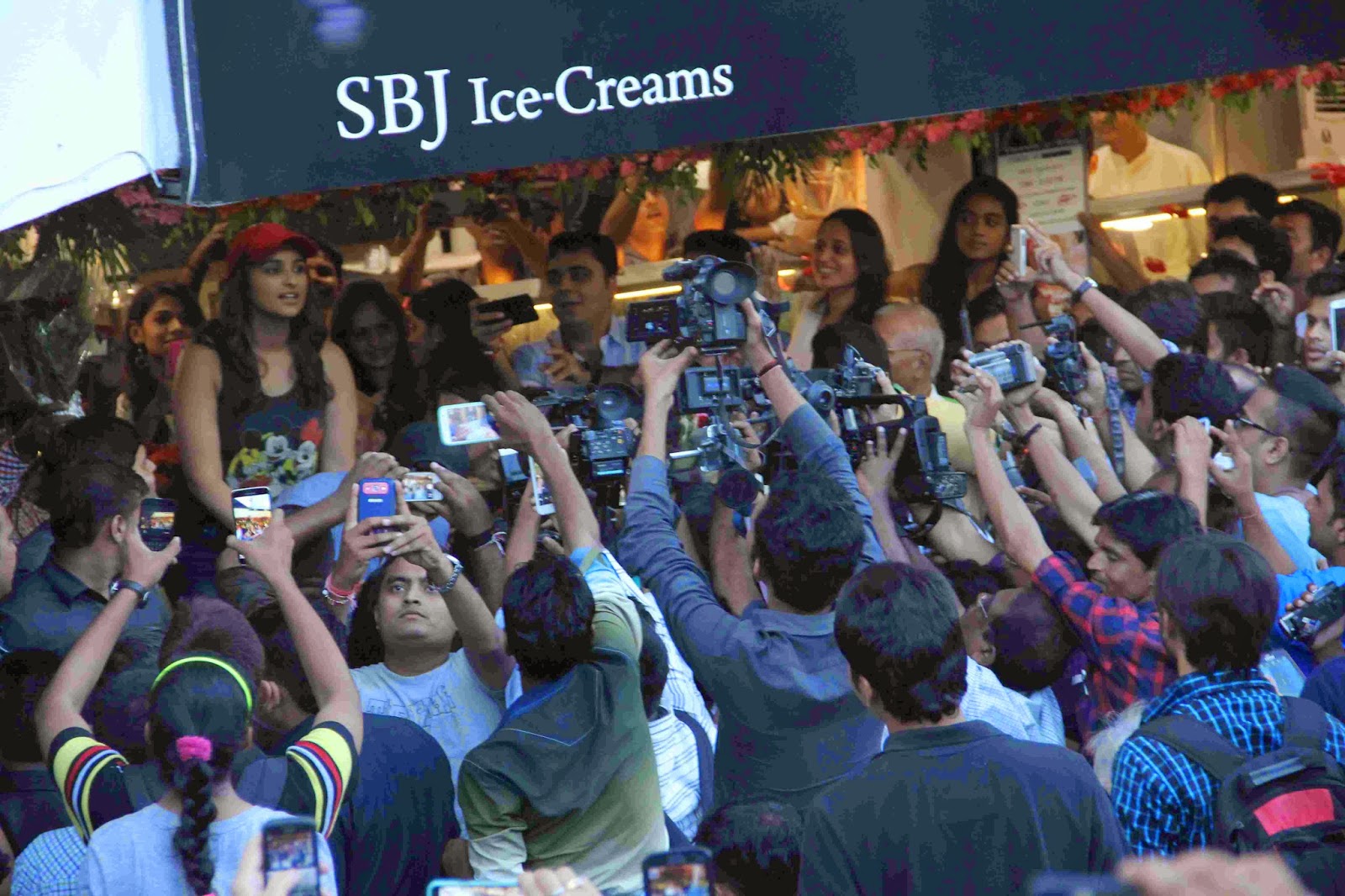 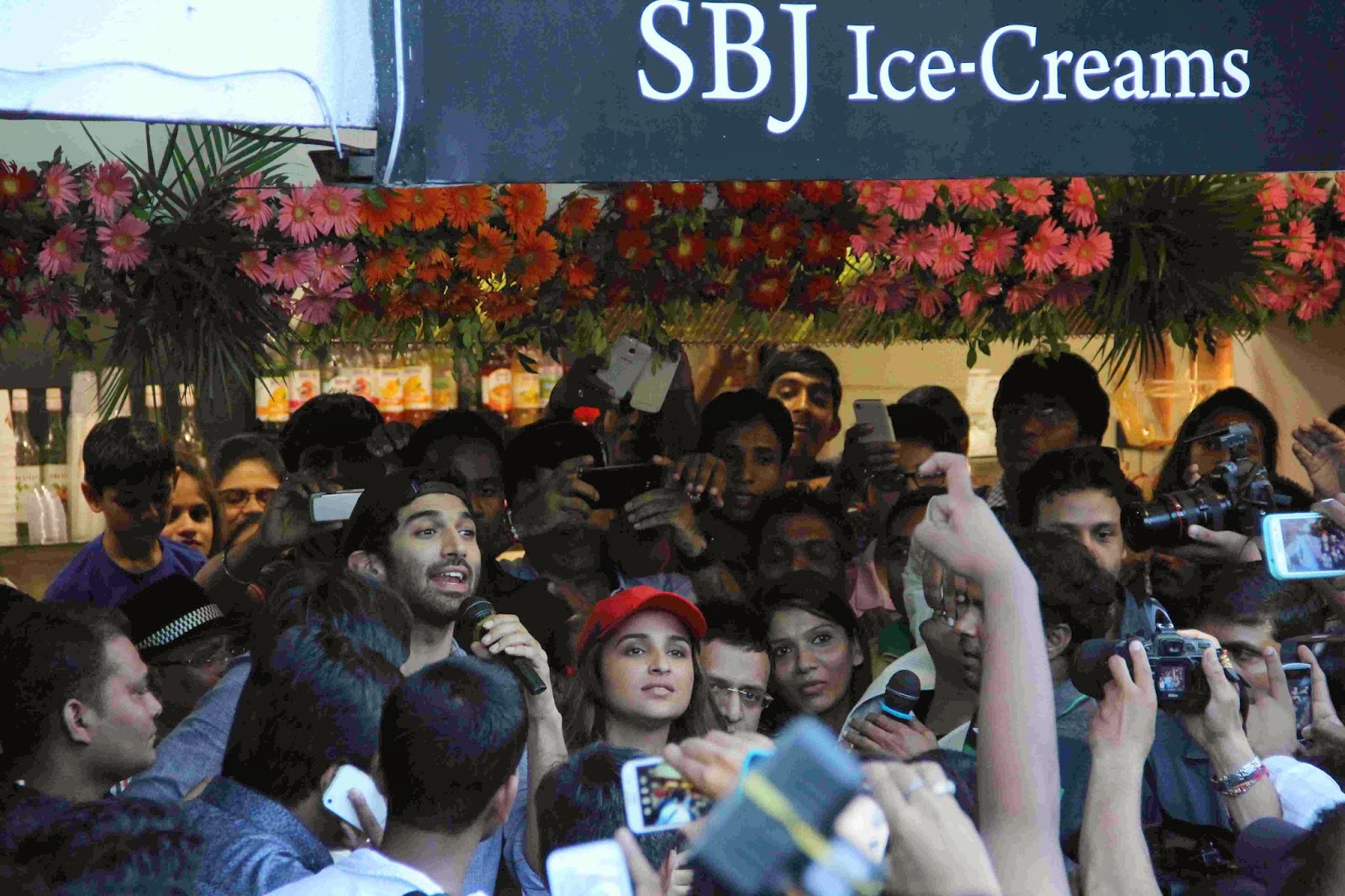 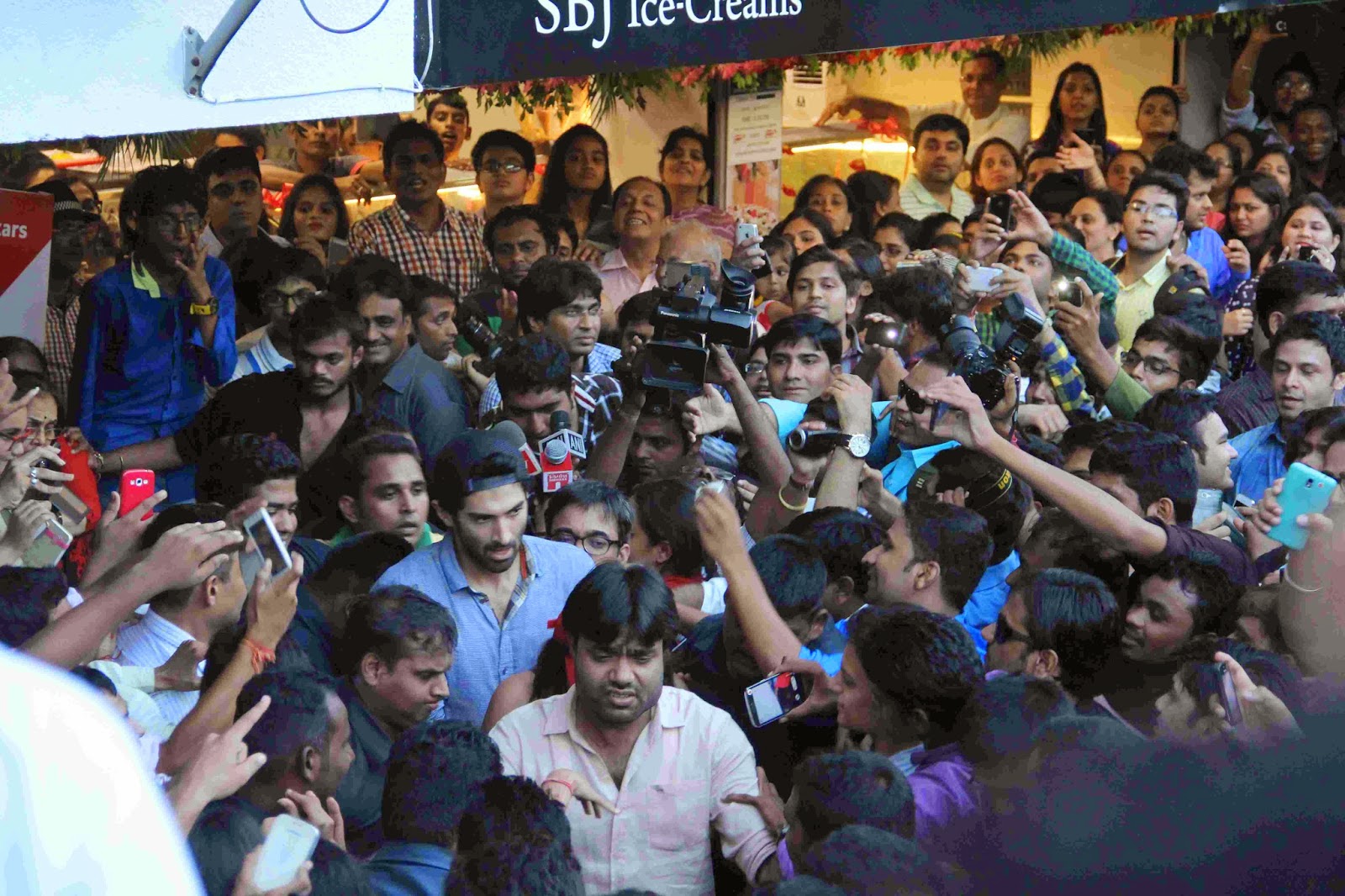