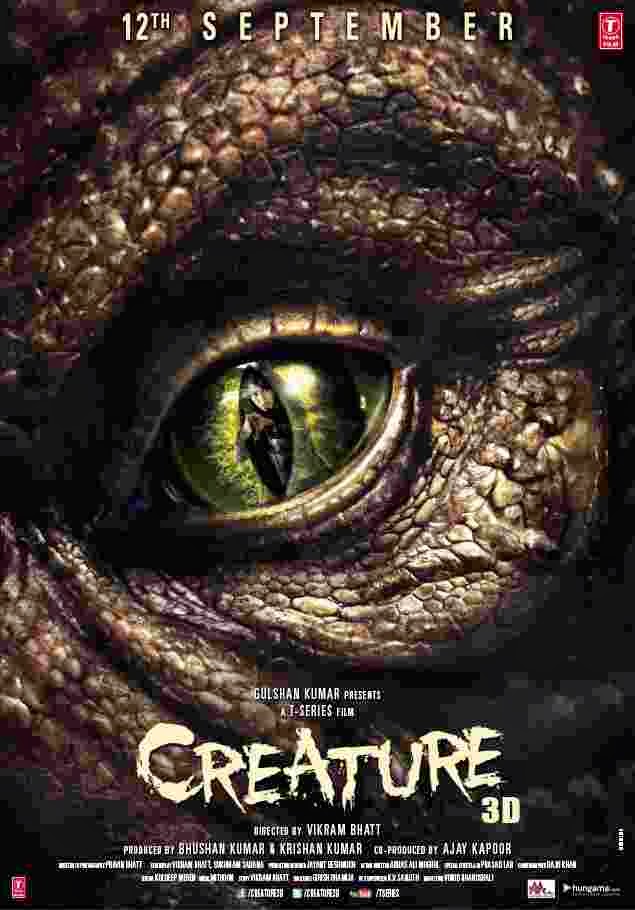 Bhushan Kumar gives India its first sci - fi Creature film
CREATURE created by Vikram Bhatt puts Bollywood At Par With Hollywood with Creature 3D
After 100 years of Cinema, Bollywood is set to take the leap that will
finally bring the audience on the same page as 21st century filmmakers the
world  over! This is Vikram Bhatt's excitement as its few decades to finally
have a completely CGI  (Computer Generated Imagery) character we can call our own.
It has been years since we have been applauding Hollywood for making Gollum from scratch in THE LORD OF THE RINGS or were thrilled when JURASSIC PARK showed us dinosaurs but it is only now with the mythological CREATURE that Vikram Bhatt has conjured that we have something to boast of!
Creature created by Vikram is not a fictional character but based on India's history. It's inspired by Brahmarakshas who were a regular feature in old Indian stories like Vikram and Vetala, Panchatantra and other old wives tales, as per Hindu mythology. Kudos to the  team of CREATURE because unlike most others who have attempted to have CGI characters in their films, CREATURE makers have not restricted the minutes  of screen time that features this imaginary being.
"Our Creature is as much a part of the film as the hero and the heroine, it
has the same amount of screen time, he has as much footage, not some
10-15mins towards the end" said Bhatt, "All I know is that we have a great
sense of responsibility of what we have brought into the hindi film
industry. If this works we would have opened a whole new avenue for other
filmmakers here!"
Bhushan Kumar who has received positive feedback from the media industry and exhibitors who has seen a small chunk of Creature says, "Creature 3D is the efforts and vision of Vikram Bhatt which we at T-Series has supported fully.The response we received from the industry is overwhelming and we are confident with the VFX and effects. Our Creature doesn't merely come and go, the Creature is present for an hour as equal to our lead actors."
The technique and the craft alone make CREATURE that landmark film that
will certainly give the audience the thrills we have longed for, in Hindi
Cinema! "I know one thing for sure, when the audience sees it, they will
make others see it!" quipped Bhatt.
Creature 3D, starring Bipasha Basu and Imran Abbas, directed by Vikram Bhatt, produced under the banner of T-series, is slated for 12th September 2014 release
Posted by http://www.starfriday2012.com/ at Friday, September 05, 2014