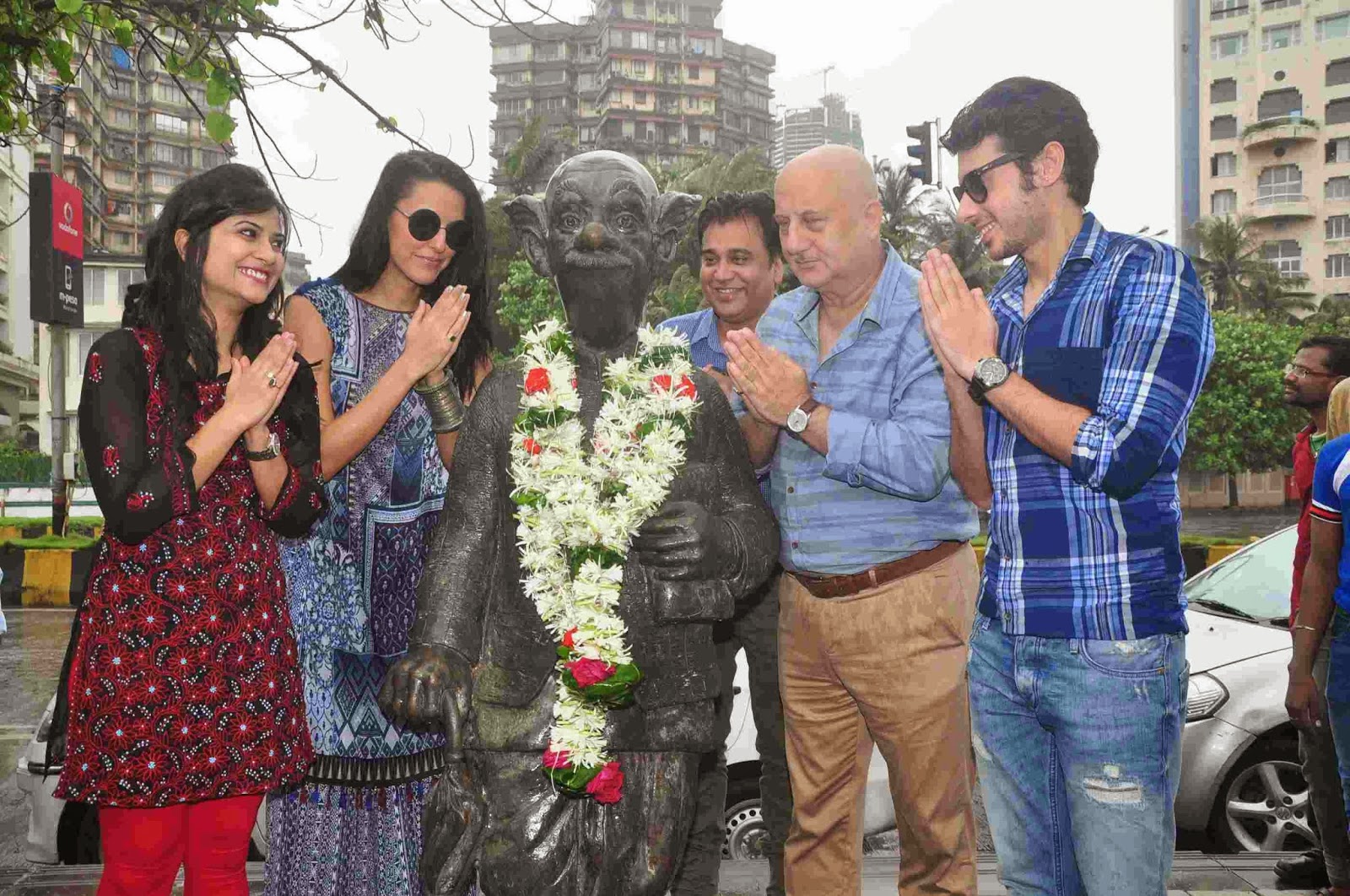 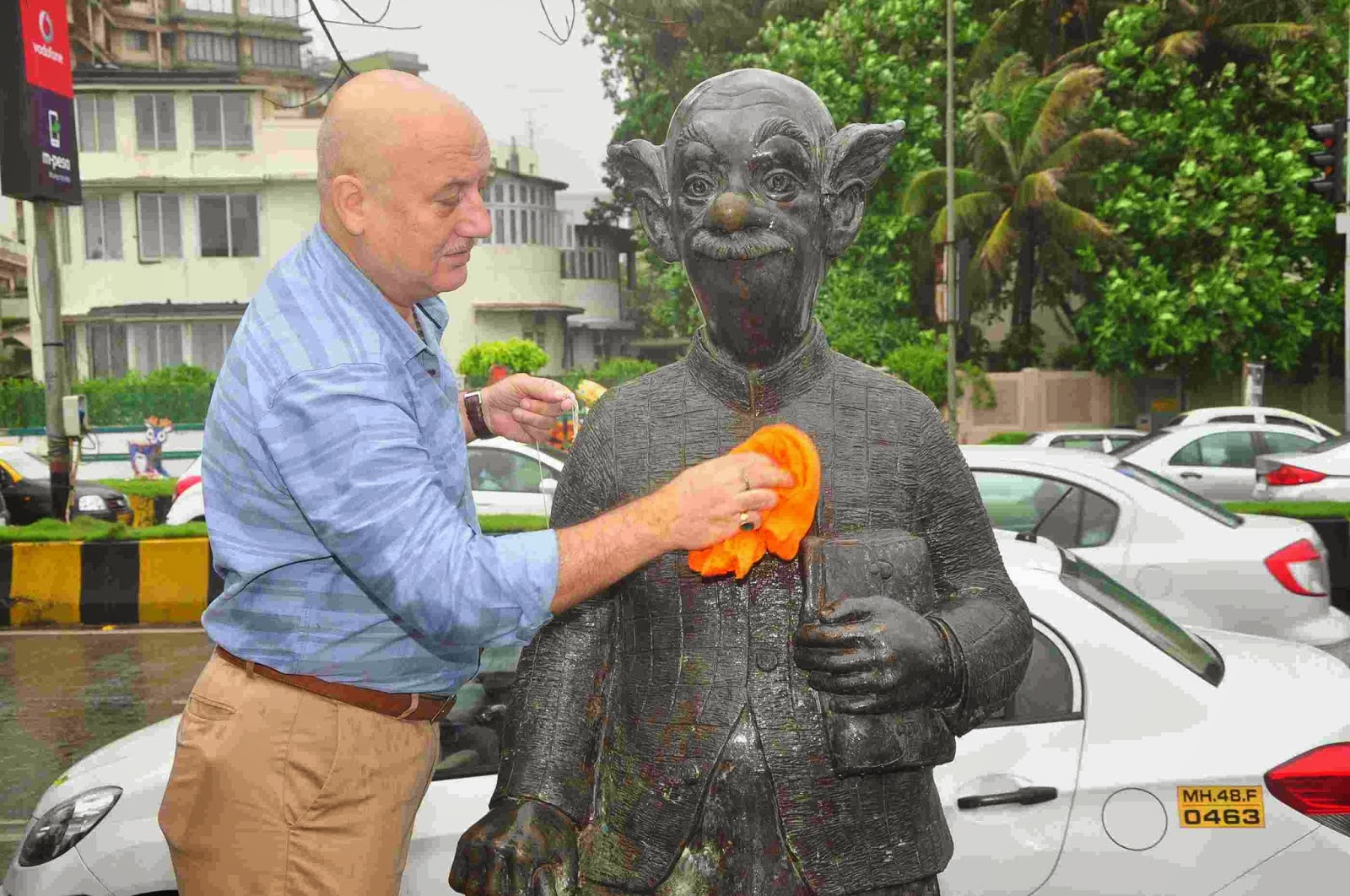 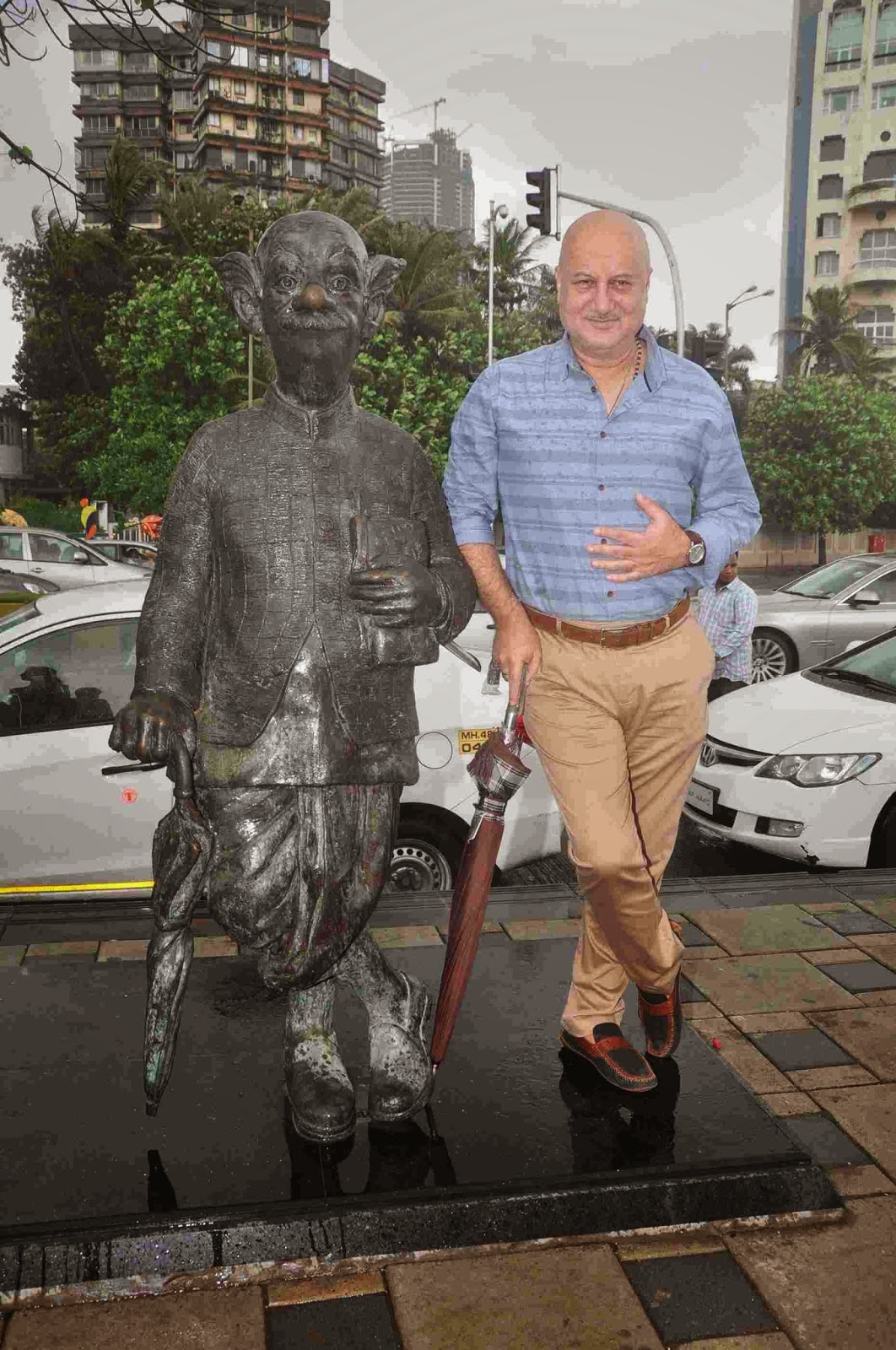 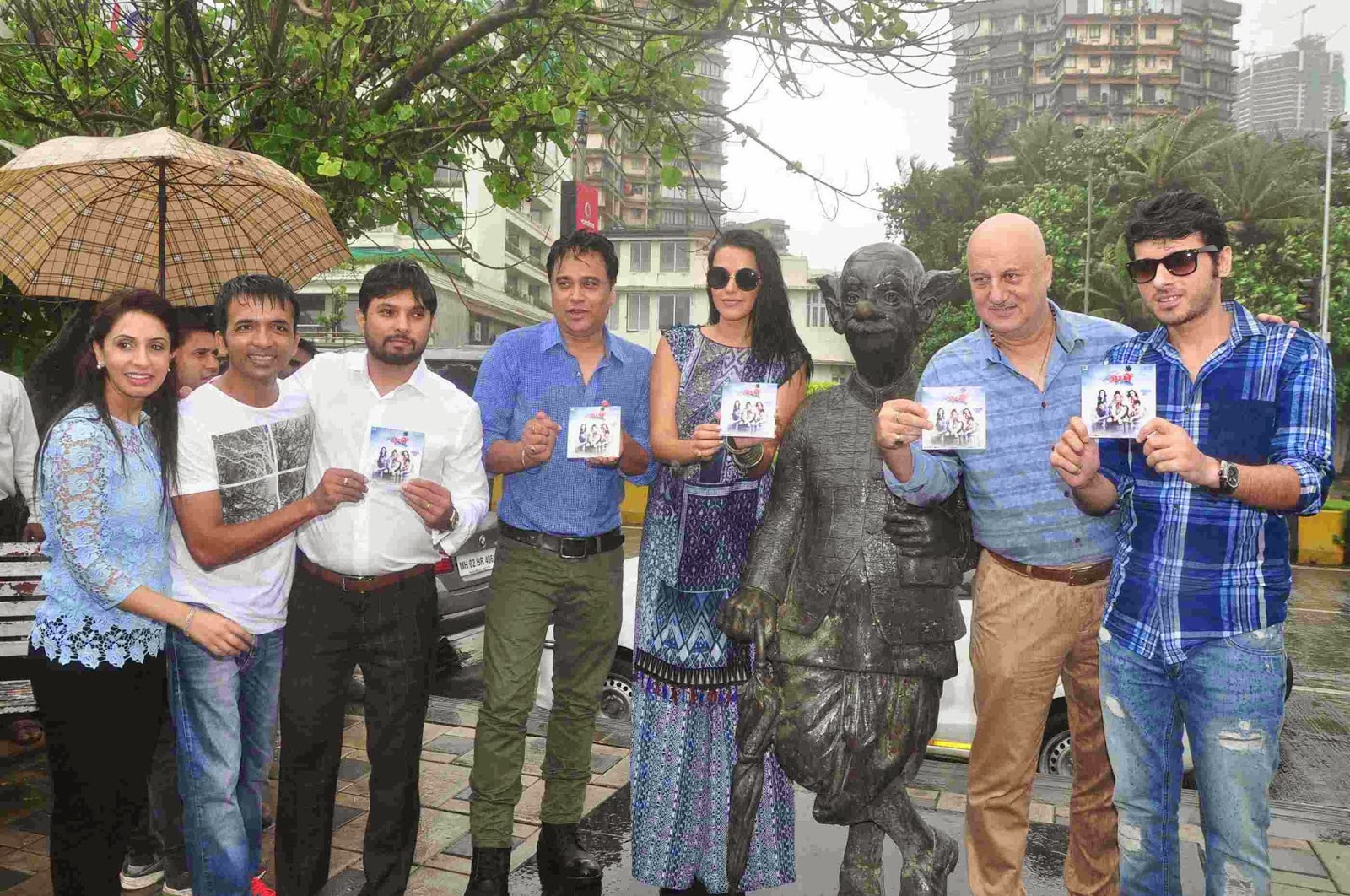 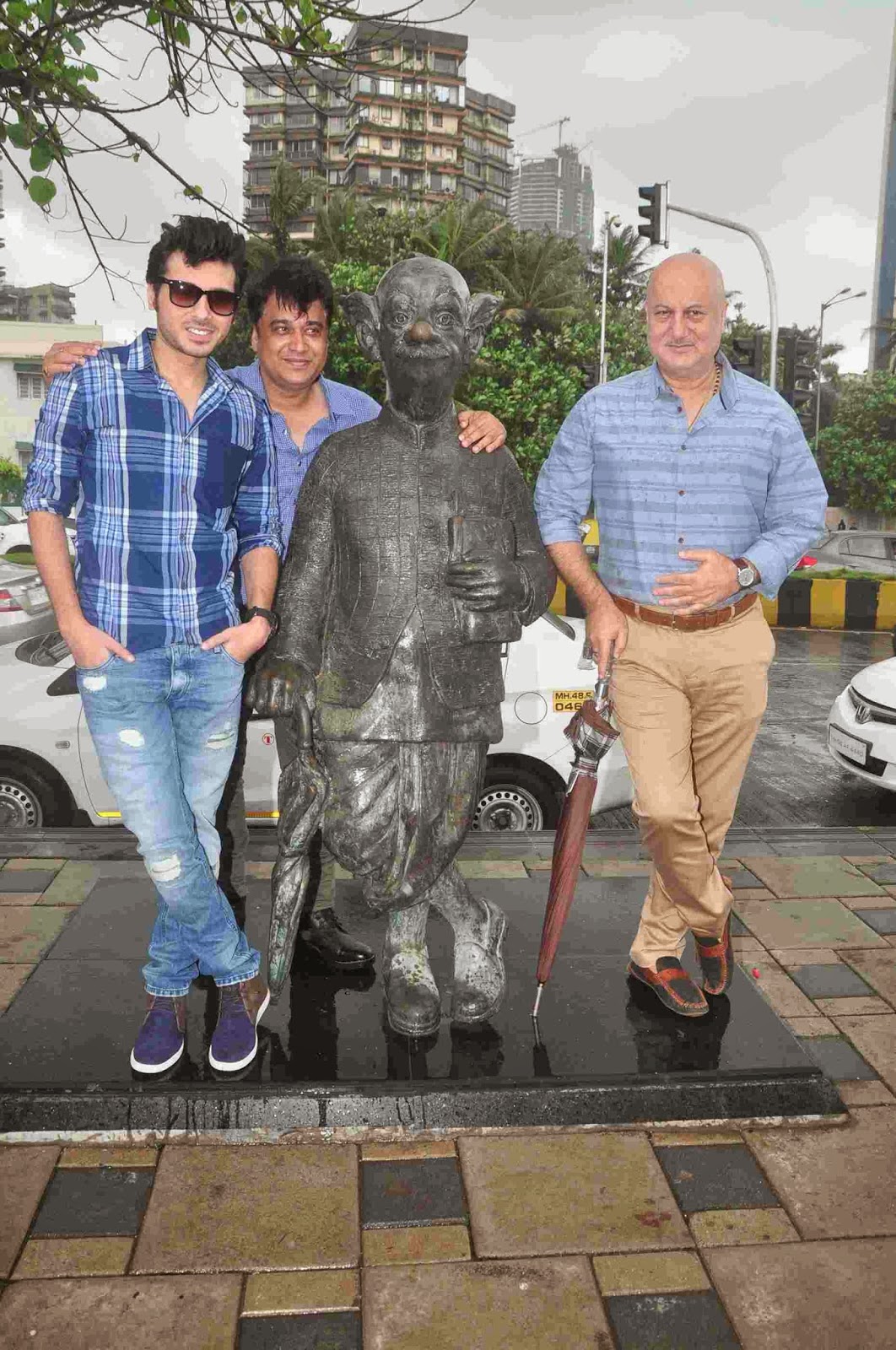 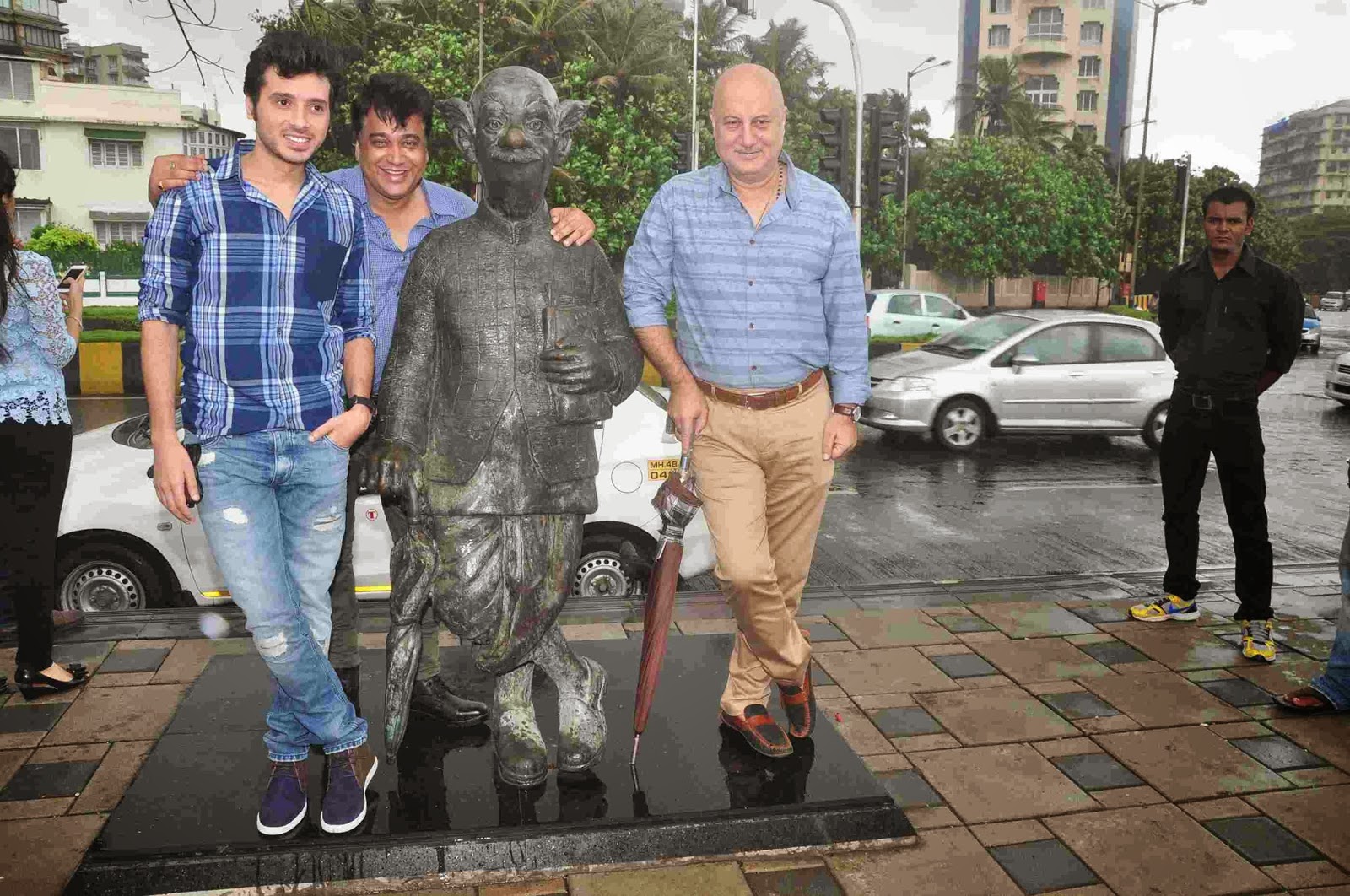 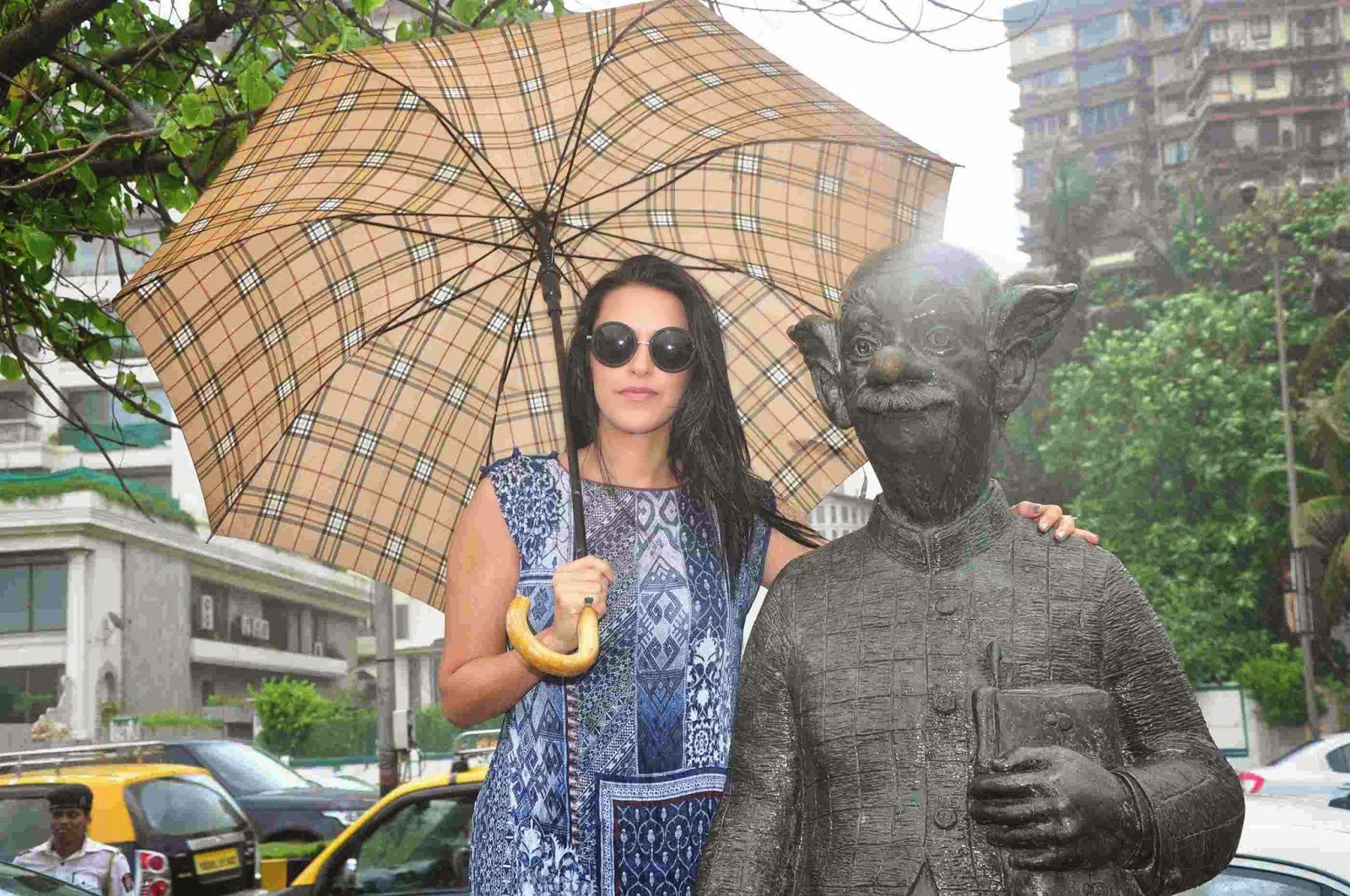 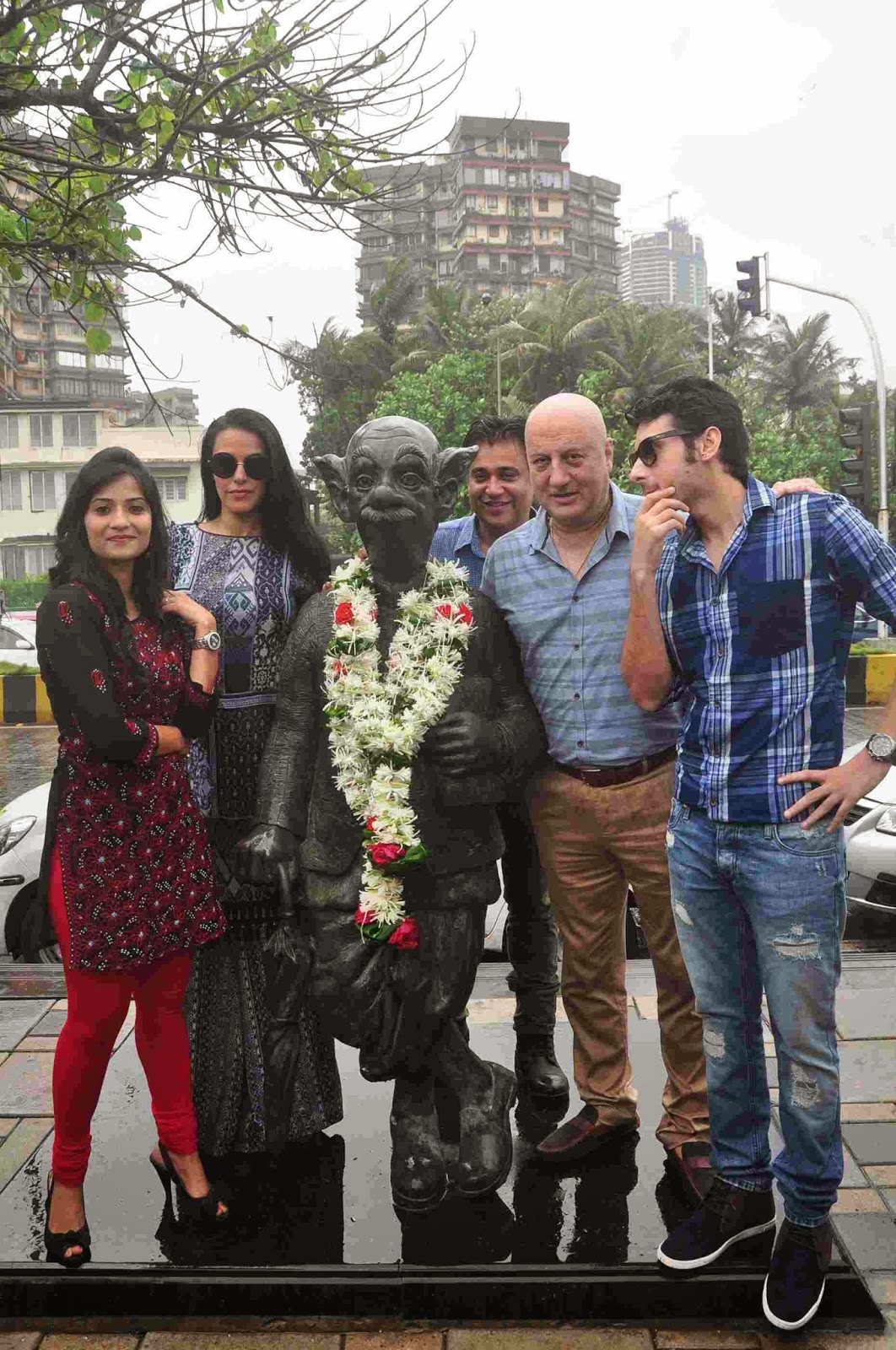 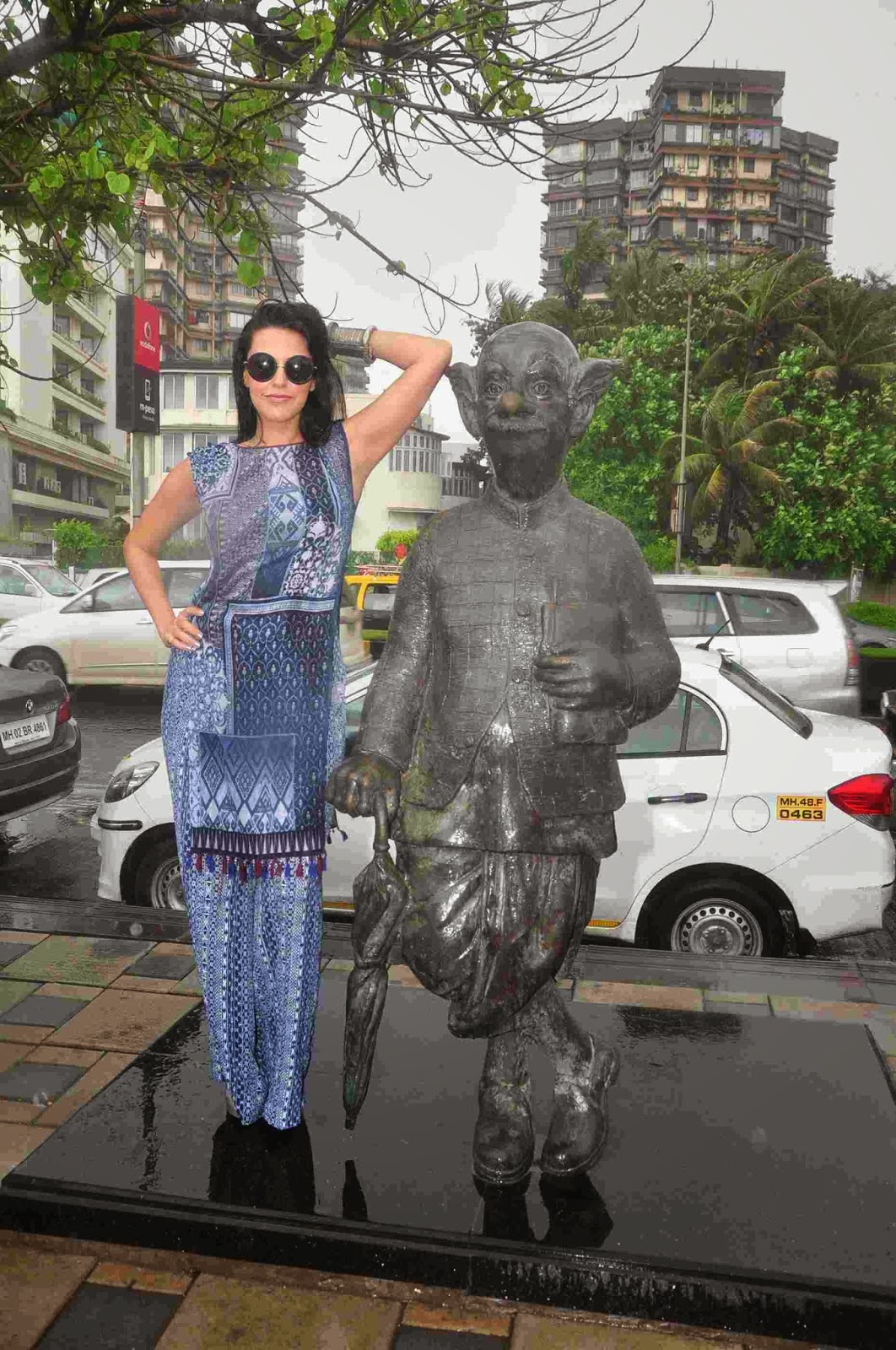 The Team of Ekkees Toppon Ki Salaami pays an ode to R. K. Laxman's Common Man Statue which has been installed at the Worli Sea Face.
The very well known Indian Cartoon, The Common Man has represented the hopes, aspirations, troubles and perhaps even foibles of the average Indian, through a daily comic strip since years together.
Ekkees Toppon Ki Salaami which is a story of a common man, the team wants to celebrate the spirit of a common man.
Anupam Kher who will be seen playing the role of the father in the film felicitated the years old statue with a flower garland and talks about the symbolism for the event at the common man's statue.
The team launched the first song of the film "Tod de Kataar" at the ceremony.
The entire team Anupam Kher, Abhinav Shukla, Ravindra Gautam, Neha Dhupia, Divyendu Sharma, Aditi Sharma,Manu Rishi and Ram Sampath were present for the event.
Anupam  Kher, actor, "It was wonderful to release our song at the statue of R.K.Laxmans creation of Common Man. The film is about the extraordinary struggle & courage of an ordinary man. Thematically Both blended very well."
Abhinav Shukla, producer, "Keeping in mind we have a strong common men connect in the film, we deemed it only fit that the first song goes out as a dedication to them. What better place to release it hence, other than the epitomised common man statue!"
Ravindra Gautam, director, "Titled 'break the line, break the queue' this fast-paced number is a complete ode to the man who needs to break out of the line to do what is unimaginable off him and put an end to his unexciting existence."
The film is set to release on 10th October.