In a first time on Comedy Nights With Kapil, comedian Kapil Sharma enacted a dream sequence, singing ‘Paani Da’ where he imagined the dream girl of Gen Next Deepika Padukone wherever he looked and lo and behold! Deepika actually appeared in front of his eyes – accompanied by her Finding Fanny co-star Arjun Kapoor.

Unfortunately for Arjun, his entry had him see Palak everywhere! “It’s not a dream to see palak everywhere! It’s a nightmare!” said the funny Kapoor. We don’t blame him – Palak went ahead to proclaim that she wanted to marry him!

Luckily for him, Deepika had tricks up her sleeve to cheer up his day. In spite of Kapil being at his flirtatious best on the show (Note: He sang a made up version of a Hindi song for Dips… ‘Fanny Re’), Deepika went ahead and placed a kiss on heartthrob Arjun’s cheek. Poor Kapil!

As a celebrity, quirky fan requests are normal. Arjun did not look shocked when a fan asked him to repair Kapil’s old Kinetic Luna and actually even obliged. Unfortunately, for the hottie, he failed and ended up making Dips and Kapil sit on the Luna while he pushed them around! We’re sure that made Kapil’s day!

Other fun moments included Daadi and Gutthi dressing up as Dimple Kapadia and doing a ‘hot’ number on the song ‘Shake your bootiya’. So hot were they that Arjun and Deepika could not resist and had to join in! Arjun and Deepika also learnt to jive on the show!

All in all, we think this was a good learning experience for the on-screen pair! 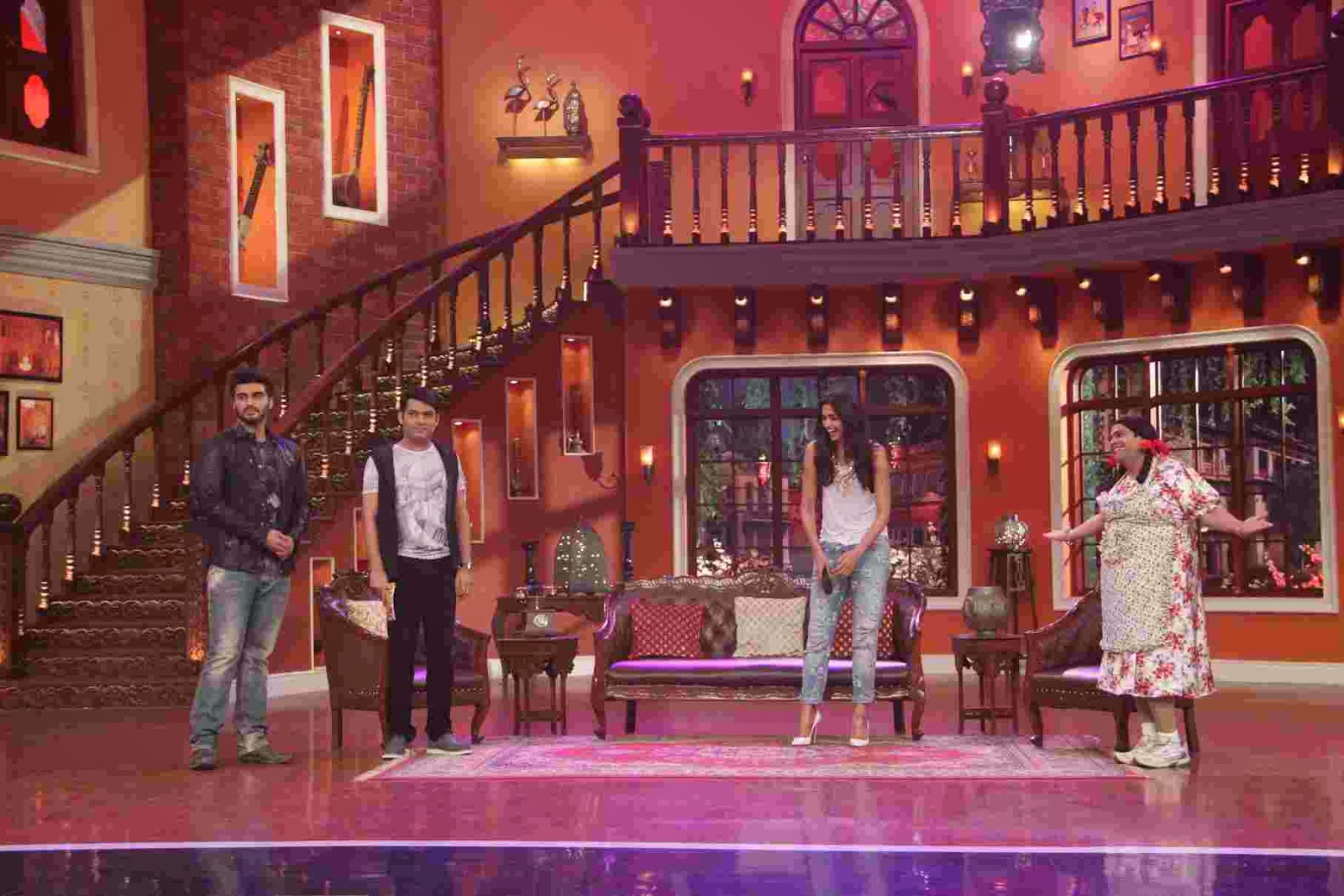 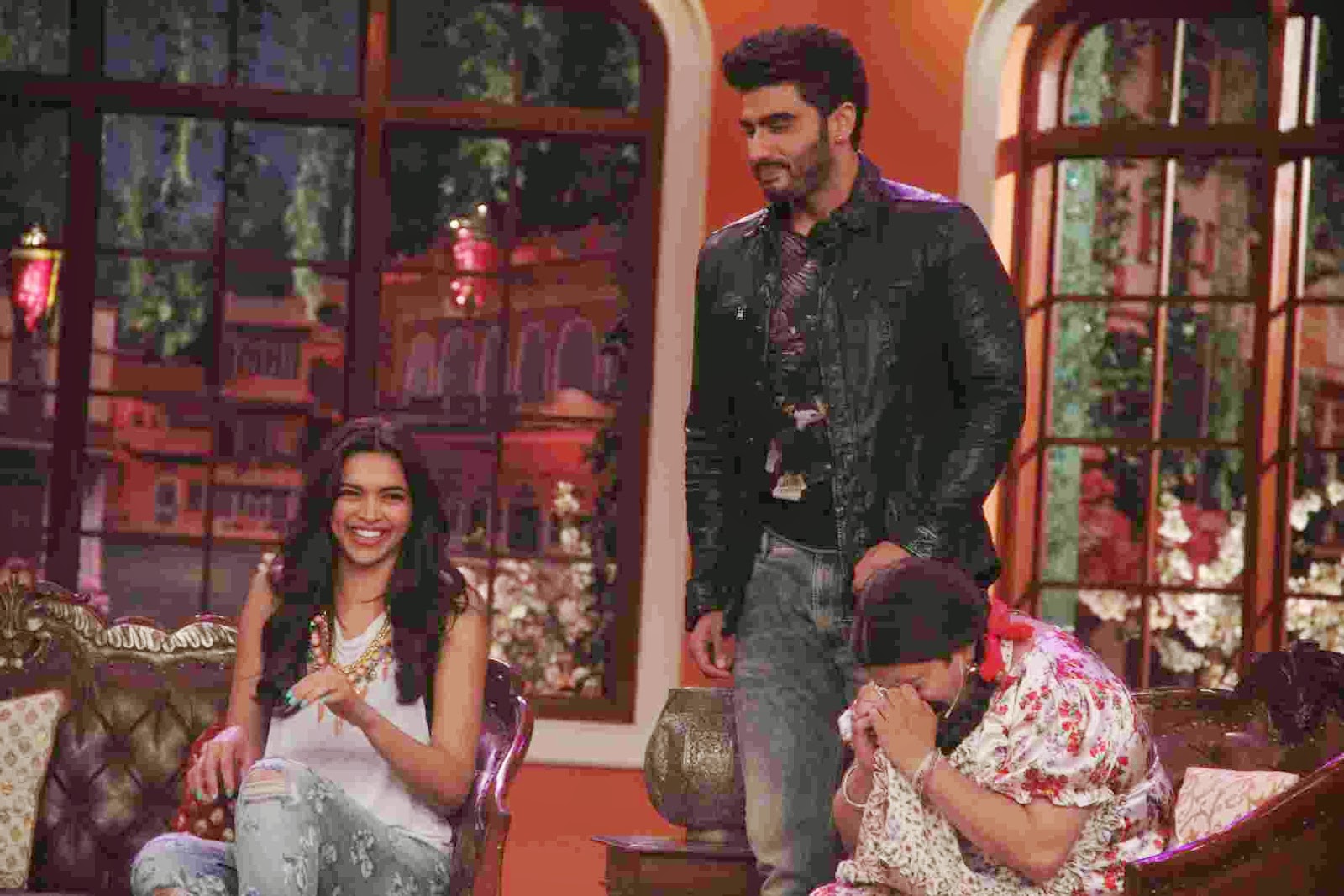 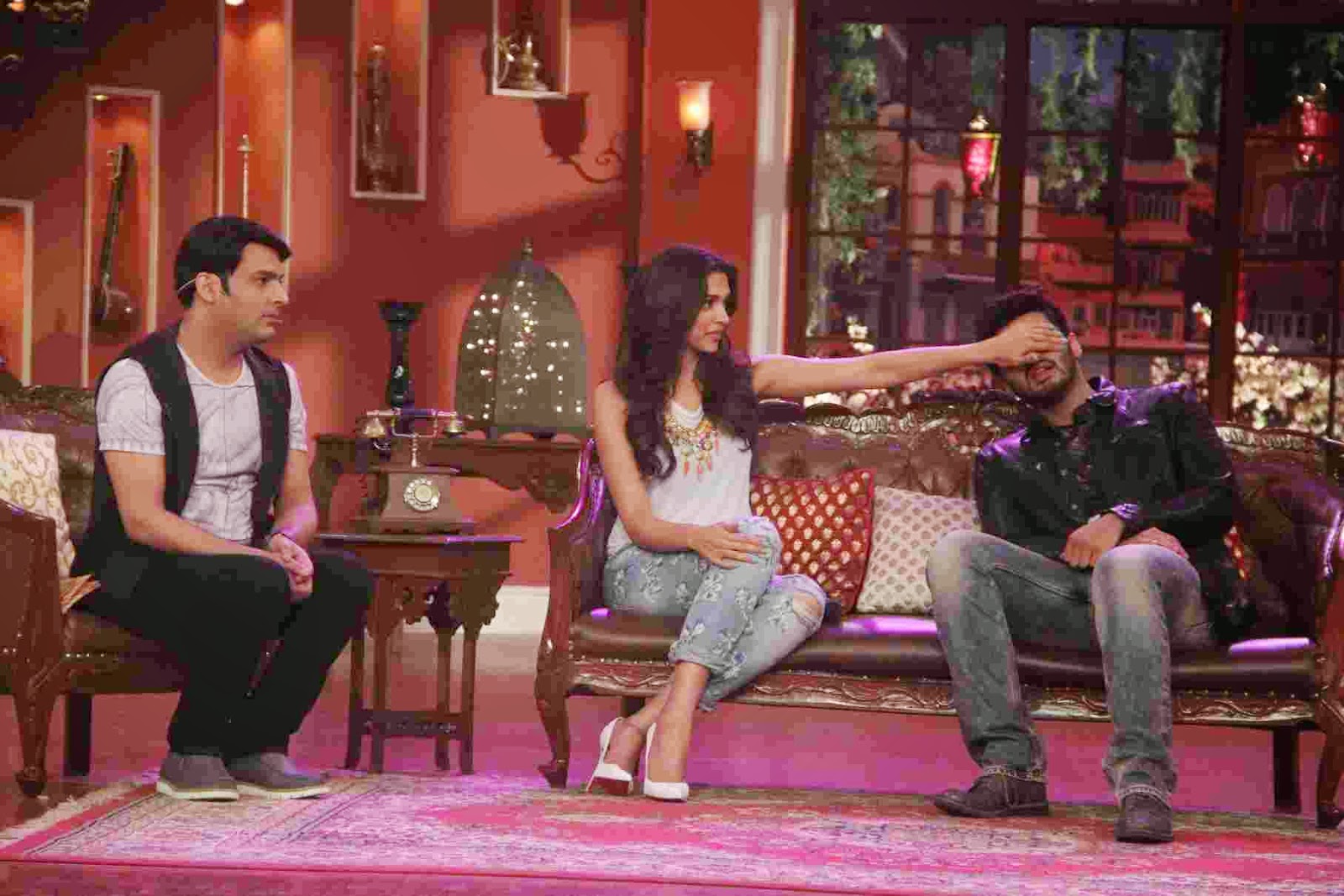 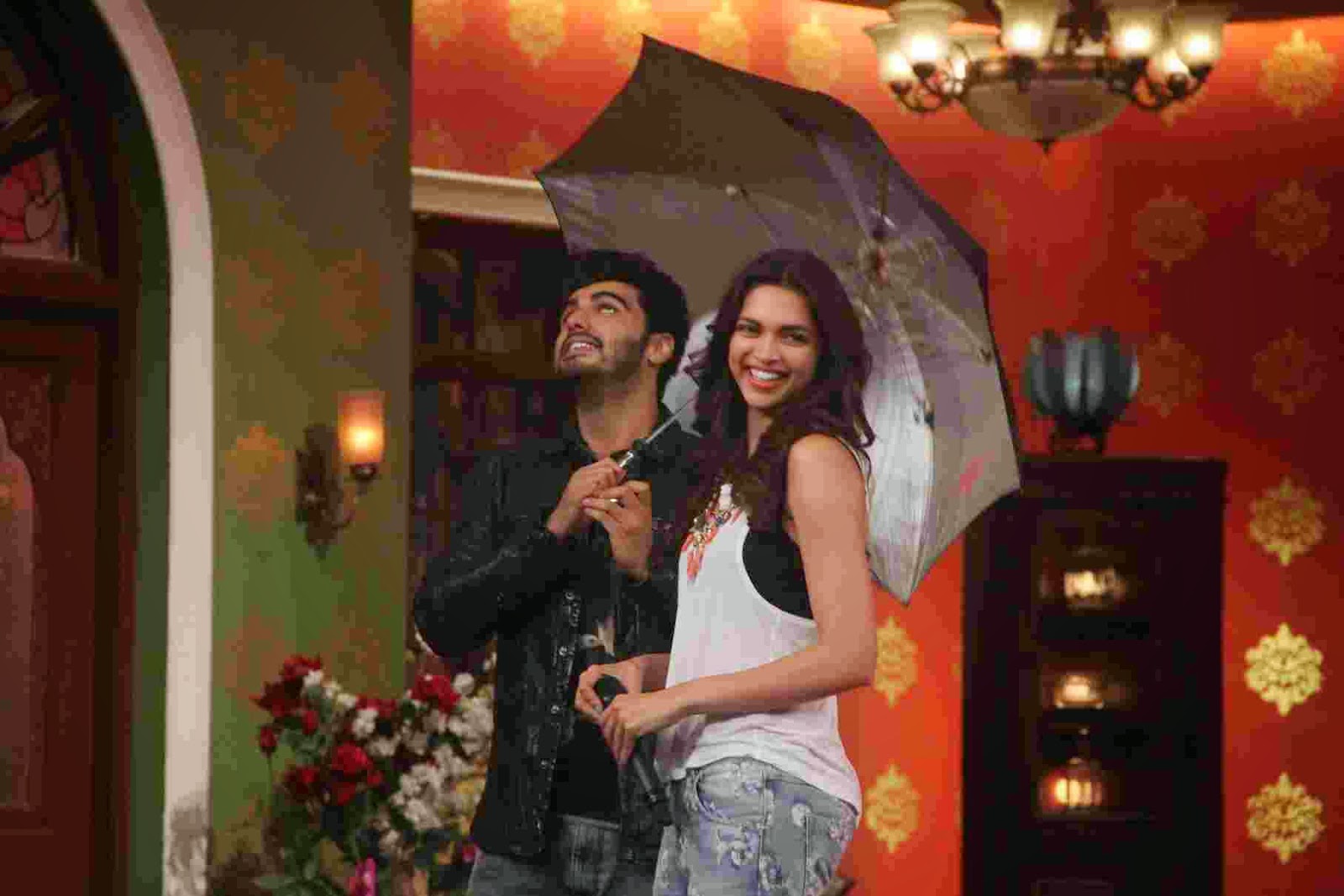 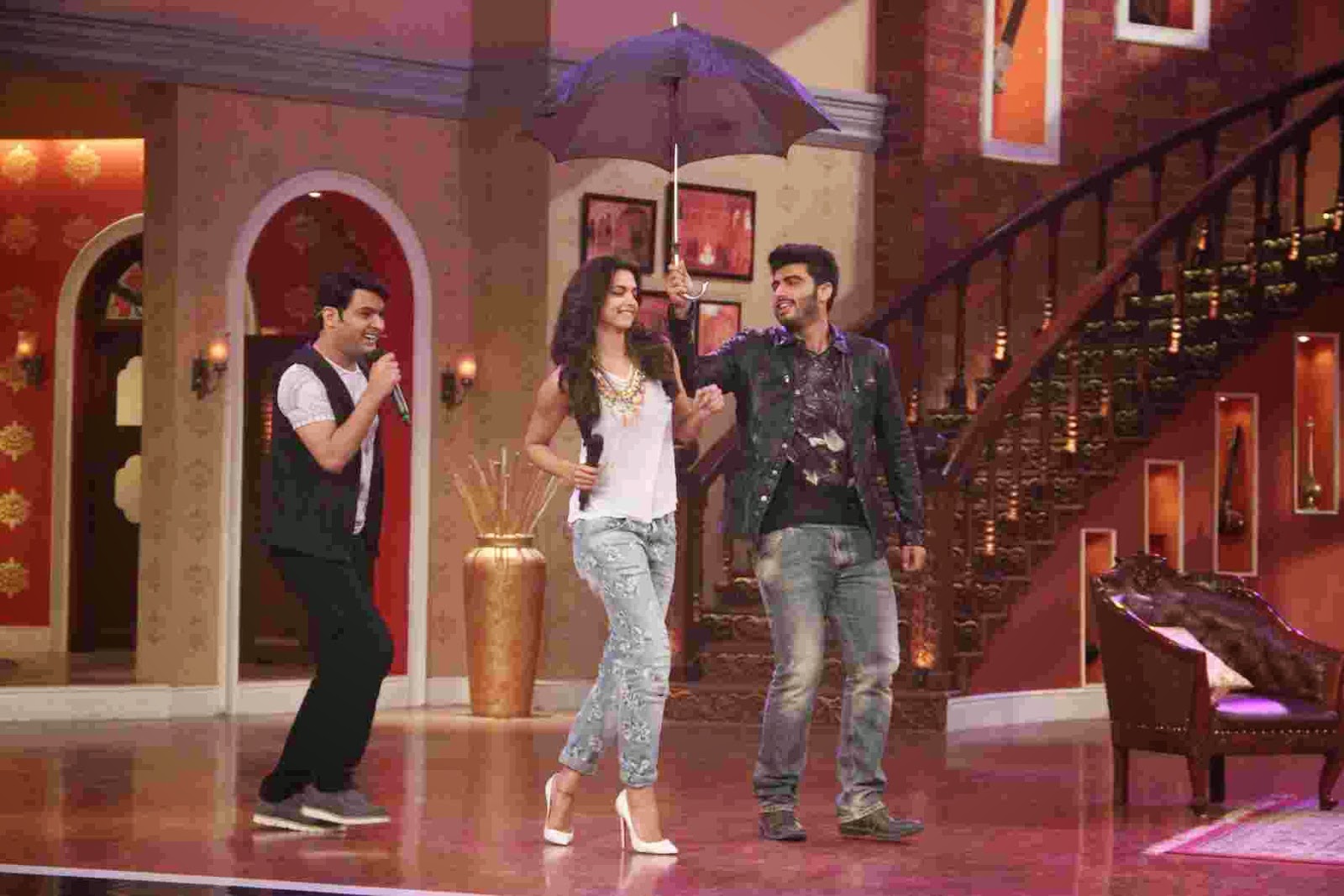 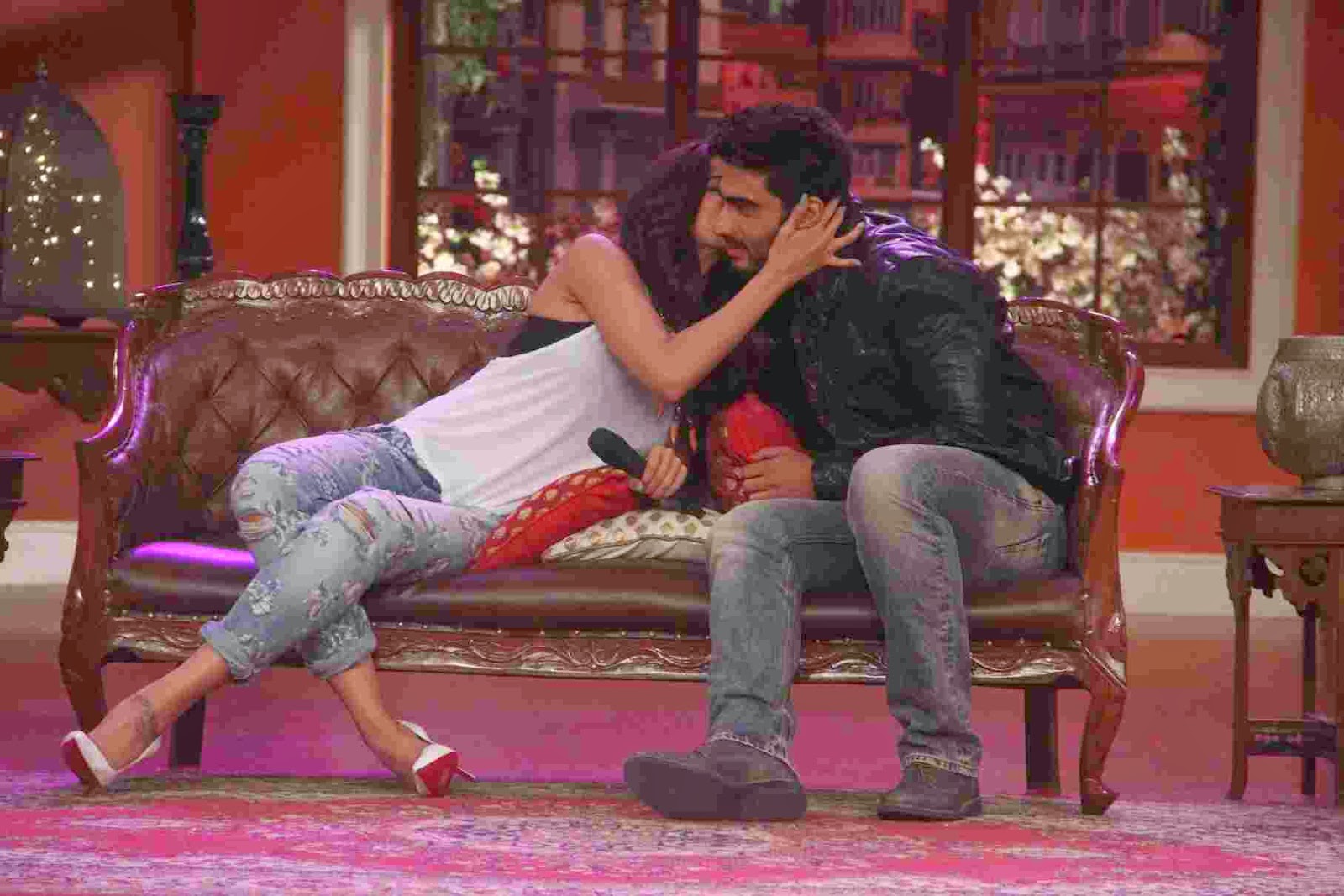 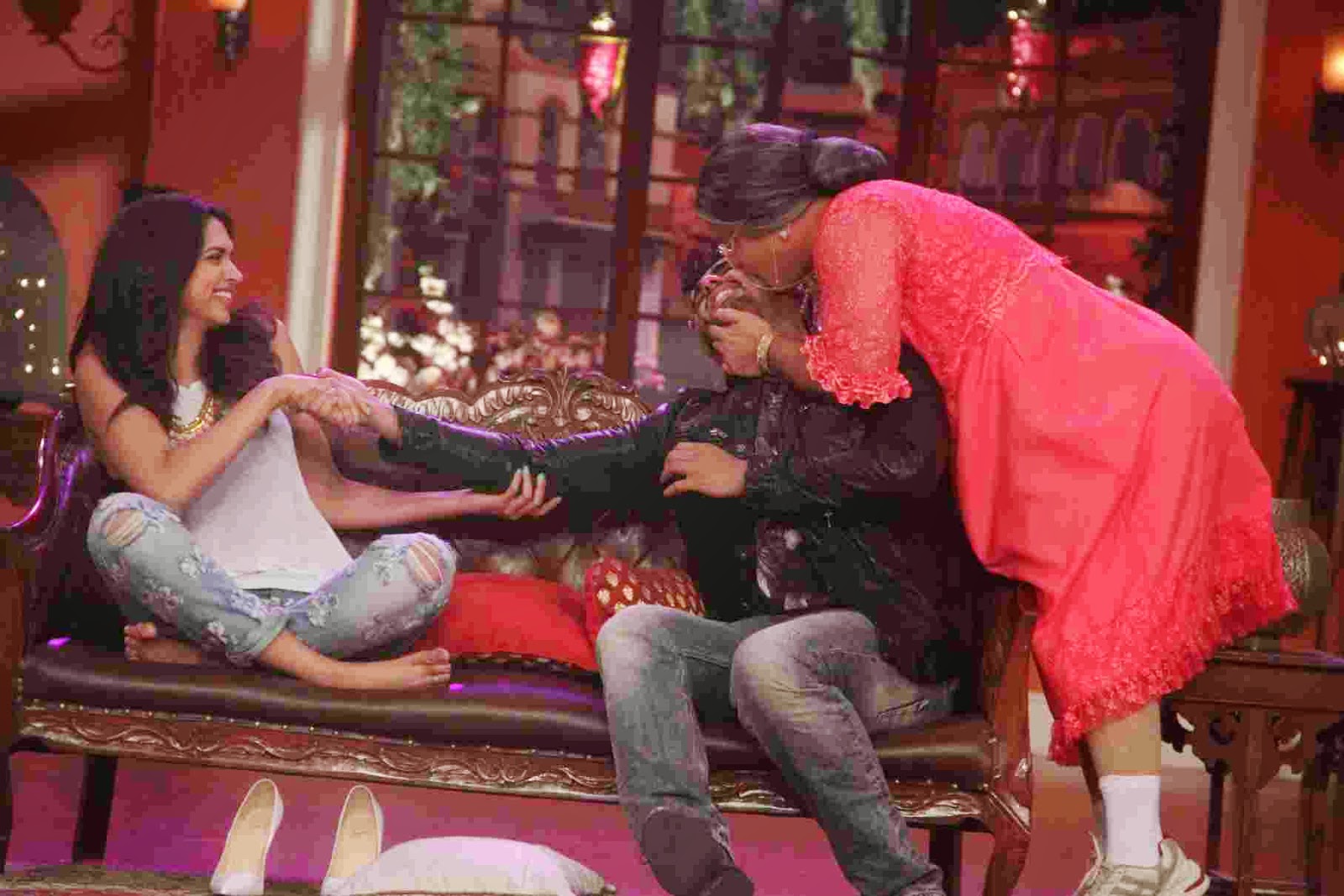 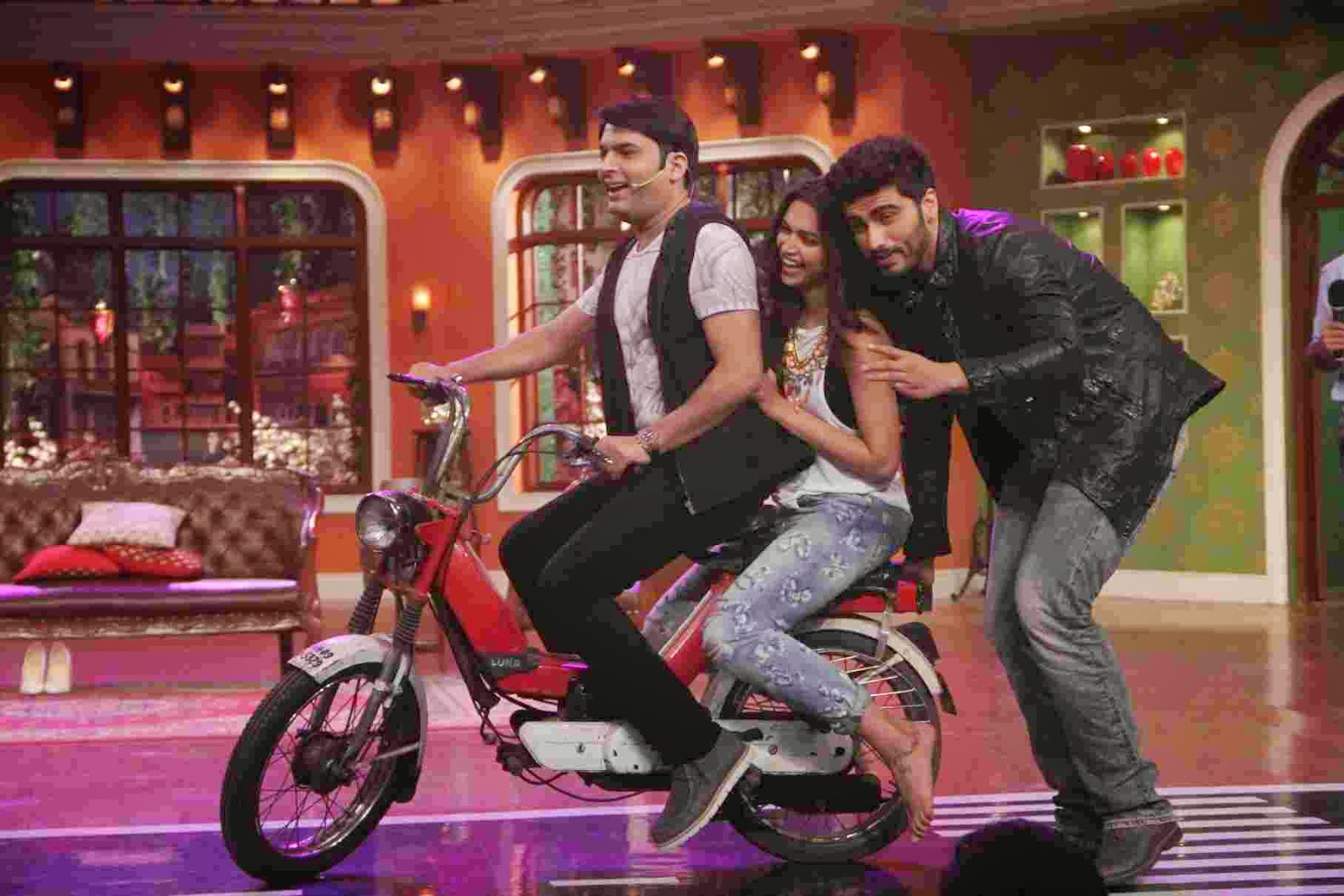