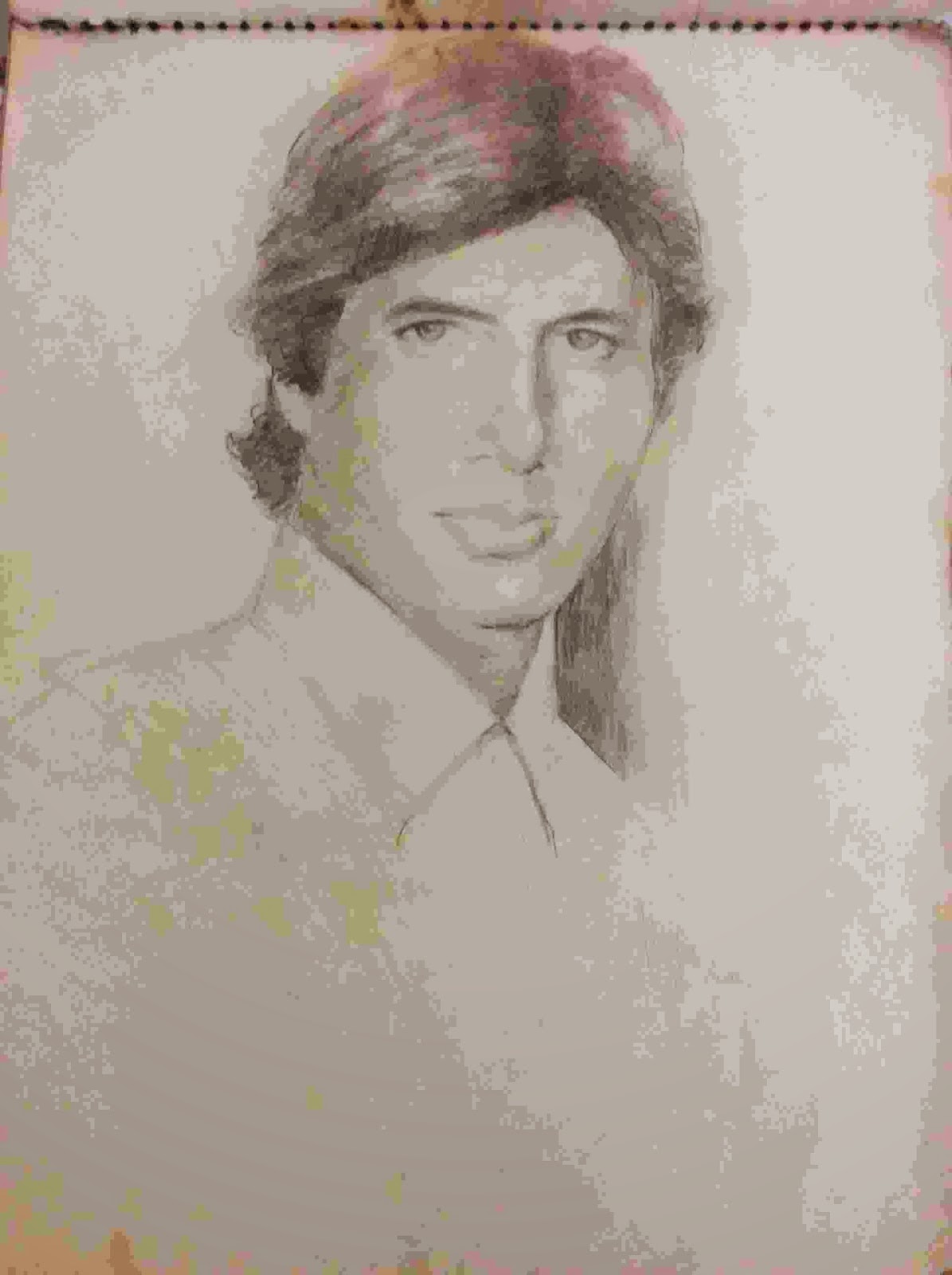 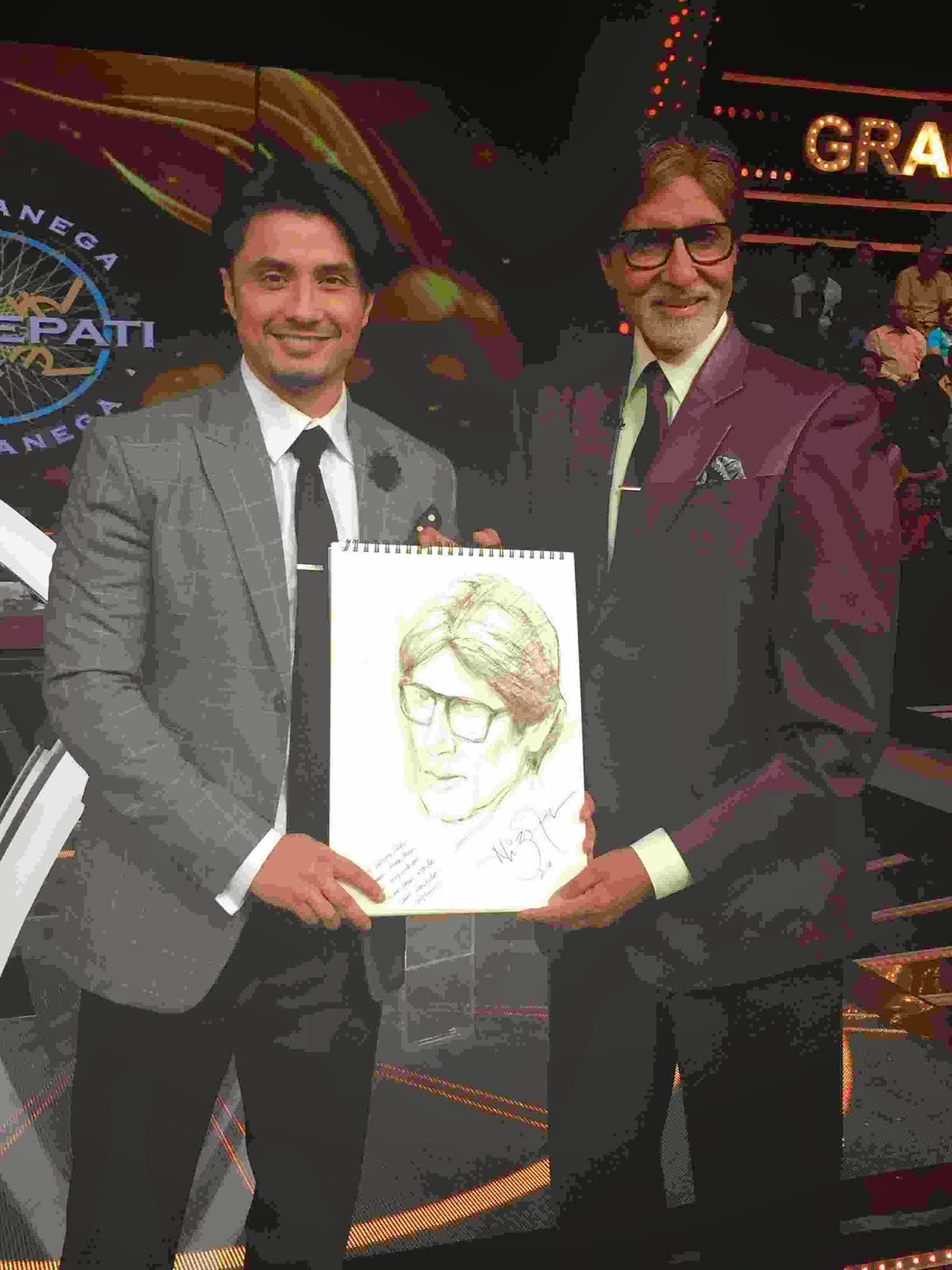 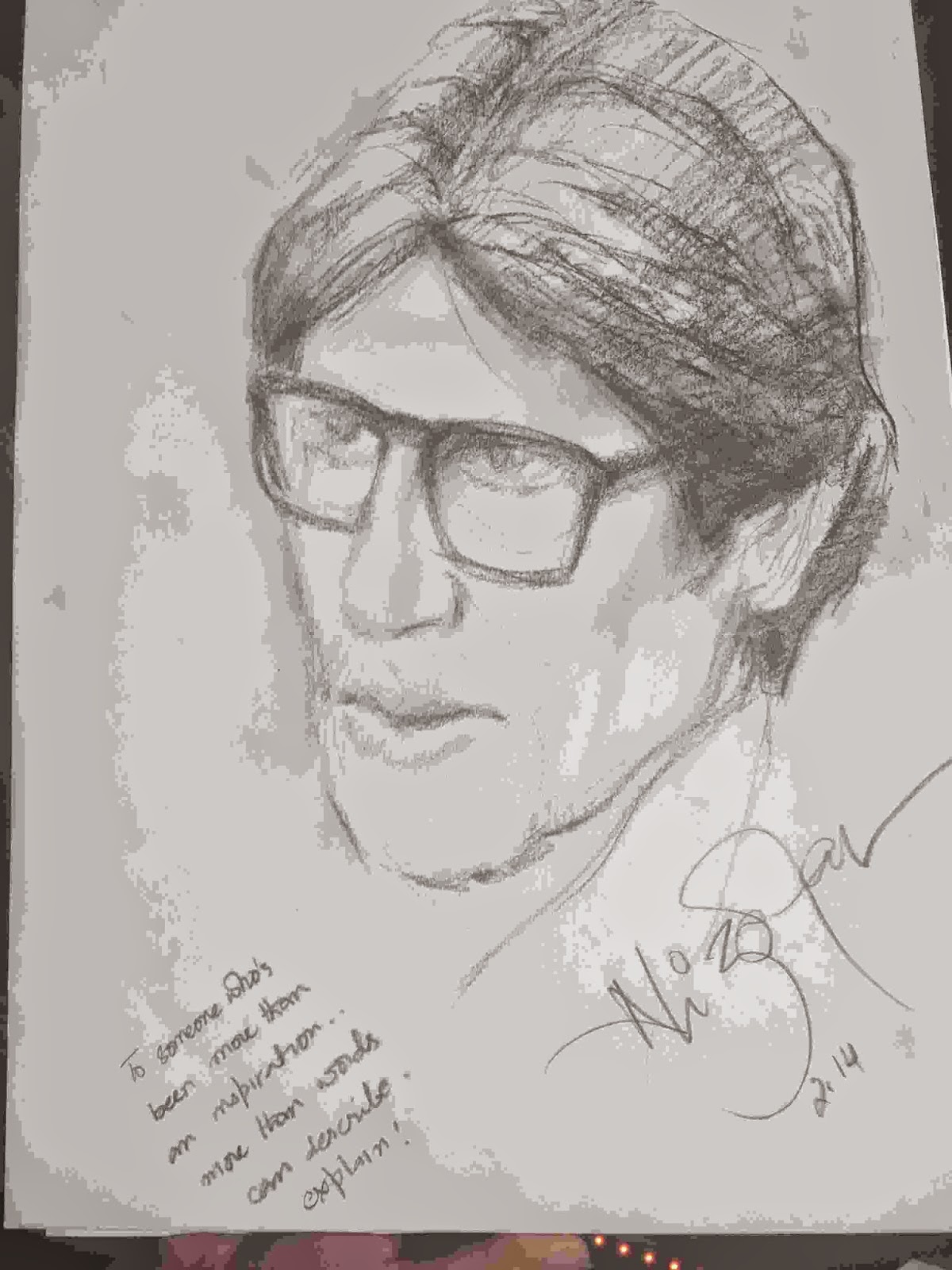 Ali Zafar who will next be seen in Yash Raj's Kill Dil , couldn't contain his excitement when the team of the film went to the sets of Kaun Banega Crorepati to promote the film - Ali who has been a huge fan of host Amitabh Bachchan , was extremely excited to meet him and interact with the veteran who he deeply admires.
Ali who is also a renowned artist in Pakistan got the opportunity to sketch the superstar live , fulfilling a long standing dream - Says Ali, "“I am a huge fan of Bachchan, I have grown up watching his films and songs. I used to draw as a child, and I had taken a sketch of Amitabh that I had done when I was a 13-year-old kid. When I gifted it to him he adored it and asked me to draw him ‘live’, as the episode was going on. It was a dream- come-true".
What's more is that Mr.Bachchan also requested the versatile actor/singer to sing for him -"  It was an impromptu performance but I know most of his songs. So, I sang a medley of his old hits including Chookar mere mann ko, My name is Anthony Gonsalves, Angrezi mein kehte hai, Jaha teri yeh nazar hai and Yeh dosti with an acoustic guitar"