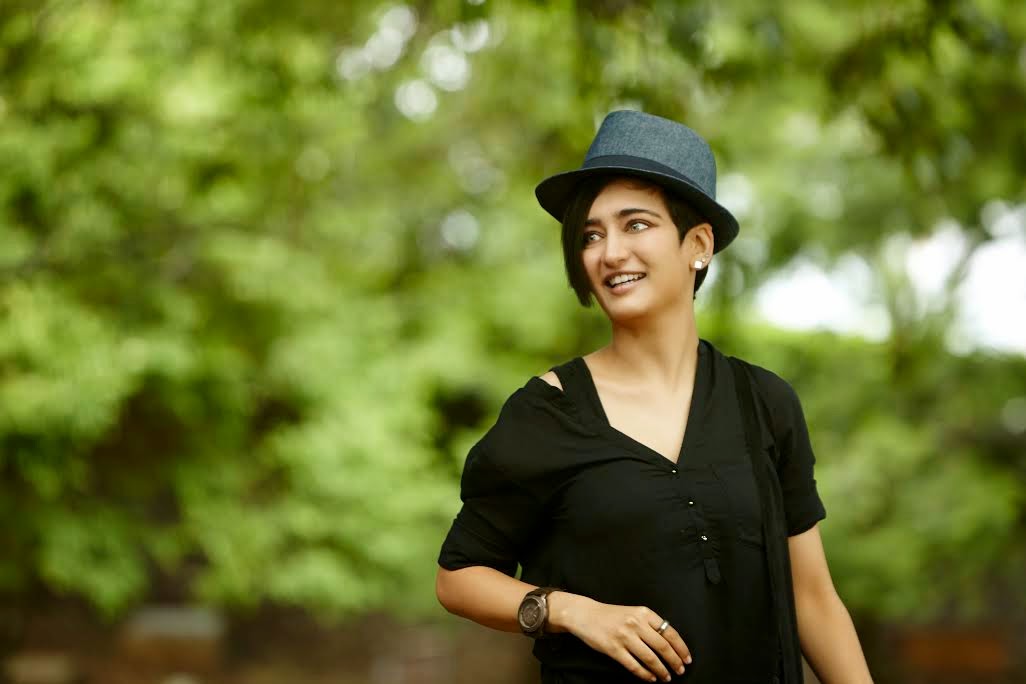 Akshara Haasan who makes her big Bollywood debut in R.Balki's Shamitabh alongside Superstar Amitabh Bachchan and National award winner Dhanush is anything but conventional and director R.Balki chose to present that uniqueness to audiences as the spunky,young actress makes her foray into Hindi cinema.The actress who sports a pixie cut and an all-black attire in the entertainer, went through 12 lookstests before locking in on one - In an industry where sporting short locks is looked upon as a taboo, Aksharadared to be different and chose a pixie cut that is creating trends on the international front with Hollywood stars like Jennifer Lawrence ,Anne Hathway and Kiera Knightley sporting the look.
Says Akshara, " A lot of people had reservations about me chopping my hair and sporting a really short pixie - They also do not associate black with something an actress should wear onscreen .However, I wanted the look to be spunky and different. I do not believe in stereotypes".Says R.Balki, "The first time I met Akshara was outside an editing studio . The look I saw her in outside that studio inspired the look of the character when I wrote the script .When we cast her ,my first brief to her was to go back to the look I first saw her in...minus the blue hair color."
Presented by Eros International, produced by RK Damani, Sunil Lulla ,Gauri Shinde ,Rakesh Jhunjhuwaala and Abhishek Bachchan Shamitabh starring Amitabh Bachchan,Dhanush and Akshara Haasan is scheduled to release February 6th 2015.
Posted by http://www.starfriday2012.com/ at Friday, January 30, 2015