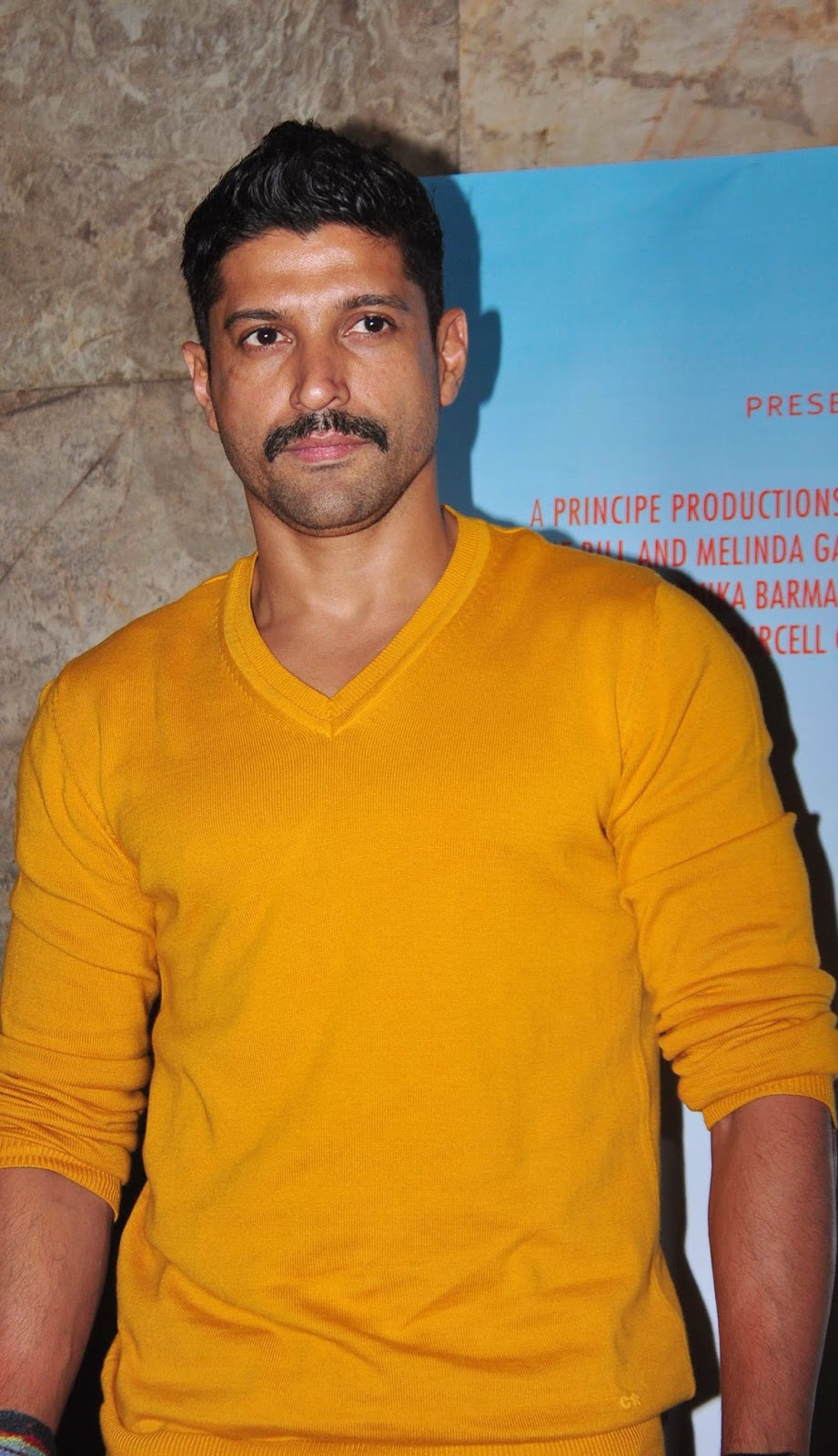 Farhan Akhtar has be seen sporting a mustache.

The actor has usually not kept one in real life and took some time to get accustomed to it.

Infact,  Farhan has been extensively touring with his band, Farhan Live and especially during stage performances he felt the mustache did not go with the entire casual band attire.

However, as he was juggling between his shooting schedules of Wazir and live performances - changing his look was not possible.

Farhan will be seen portraying the role of an ATS cop in Wazir for which he has undergone a drastic look change.

Farhan has been shooting continuously for his upcoming films Dil Dhadakne Do and Wazir which are both slated to release in 2015
Posted by http://www.starfriday2012.com/ at Tuesday, January 06, 2015