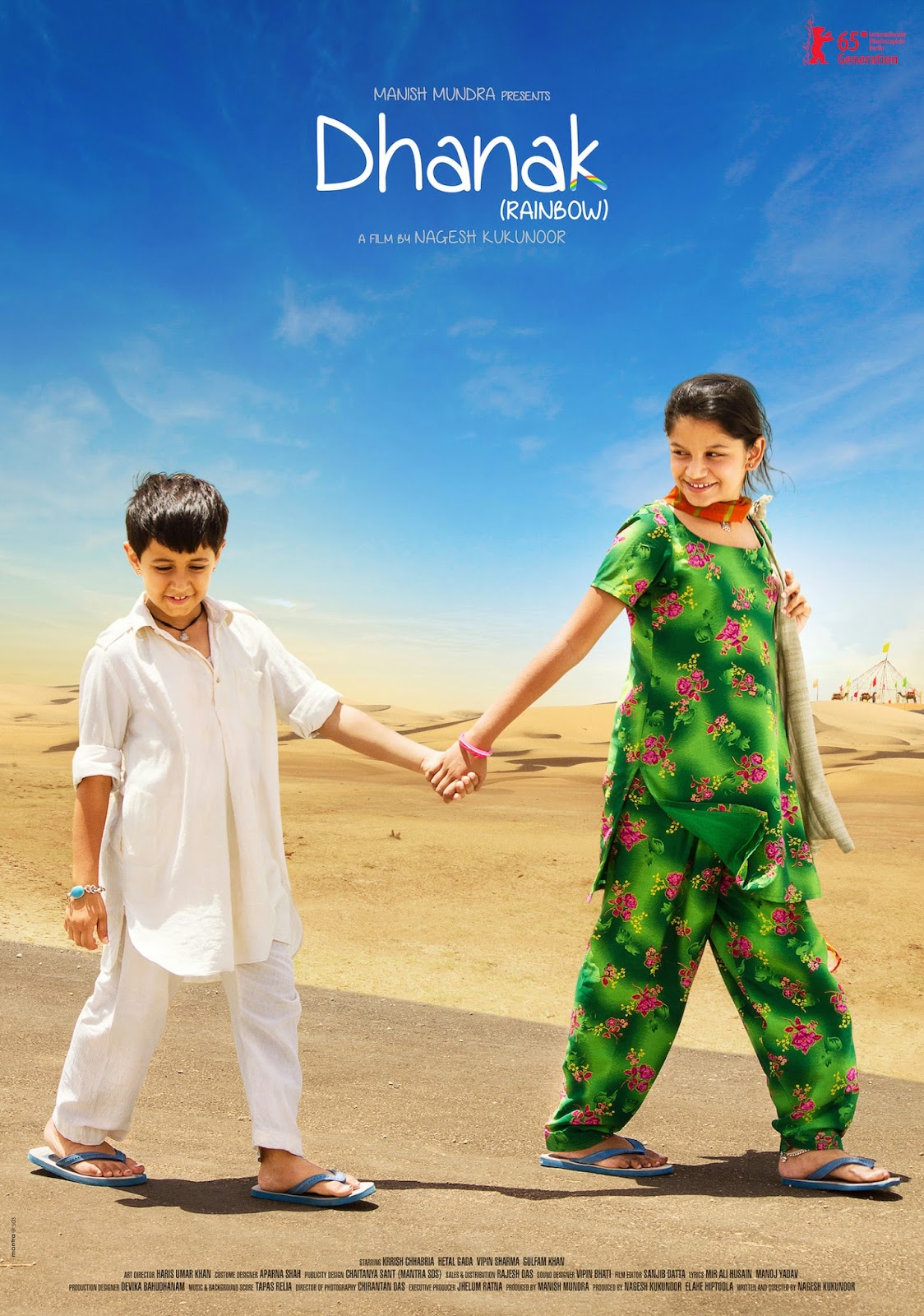 Nagesh Kukunoor’s next, Dhanak produced by Manish Mundra is the only Indian film to be selected in the 65th Berlin Film Festival

Mumbai, February 2, 2015: Nagesh Kukunoor’s next Dhanak (Rainbow) which is co-produced by Manish Mundra, Nagesh Kukunoor and Elahe Hiptoola will have its world premiere at the upcoming prestigious film festival, Berlinale to be held from February 5-15th, 2015.

It is the only Indian feature selected in the festival and will compete in the Generation Kplus category against films selected from across the world.

Like Iqbal, Dhanak also explores the beautiful relationship of a brother and sister and the central character suffers from a disability, but in a dramatically diverse setting.

The film is about an eight-year-old blind boy whose 10-year-old sister promises him that he will get his vision back before he turns 9. The film follows the duo on a magical journey through the sand dunes of Rajasthan.

This is also Nagesh’s second film with children after the much acclaimed Rockford.

Nagesh who had promised himself that he wouldn’t attend Berlinale till one of his films makes it to the festival is glad that he is finally going there with one of his most special films, Dhanak.

He says, “It is a true honor to head to a festival that you've respected all your life. Dhanak's journey has been nothing short of magical and we're going to carry that lovely warmth of Rajasthan into cold Berlin and have a blast!

The producer Manish Mundra who came to the limelight as a man behind the critically acclaimed and award winning film, Ankhon Dekhi and the man who contributed 50 lakhs to Mumbai Film festival is ecstatic about Dhanak’s world premiere at such a prestigious festival.

Manish who also co-produced Umrika which has won the Audience Award in the World Cinema Dramatic Competition section of the 2015 Sundance Film Festival, says, "Being invited to the prestigious Berlinale as a producer of Dhanak is a proud moment for me. We have hired one of the top Publicist to promote our film at the festival."

He adds, "Dhanak is a beautiful story of the magical journey of a brother and sister. I showed the film to my children and they absolutely loved it. I really hope the audience in Berlin like it
too."

Elahe who has partnered with Nagesh Kukunoor on many films says, “Dhanak is more special as a film because literally it was made with a lot of love. The protagonists are two little children and during the shoot there were times when one had to become a parent before producer and dad before director. The story is about a Magical Journey and what better way to begin the journey other than Berlinale. Let the Magic begin!”

Nagesh is available for an interview on Feb 3rd and 4th, before he leaves for Berlin. Please let us know if you want to speak to him.
Posted by http://www.starfriday2012.com/ at Tuesday, February 03, 2015