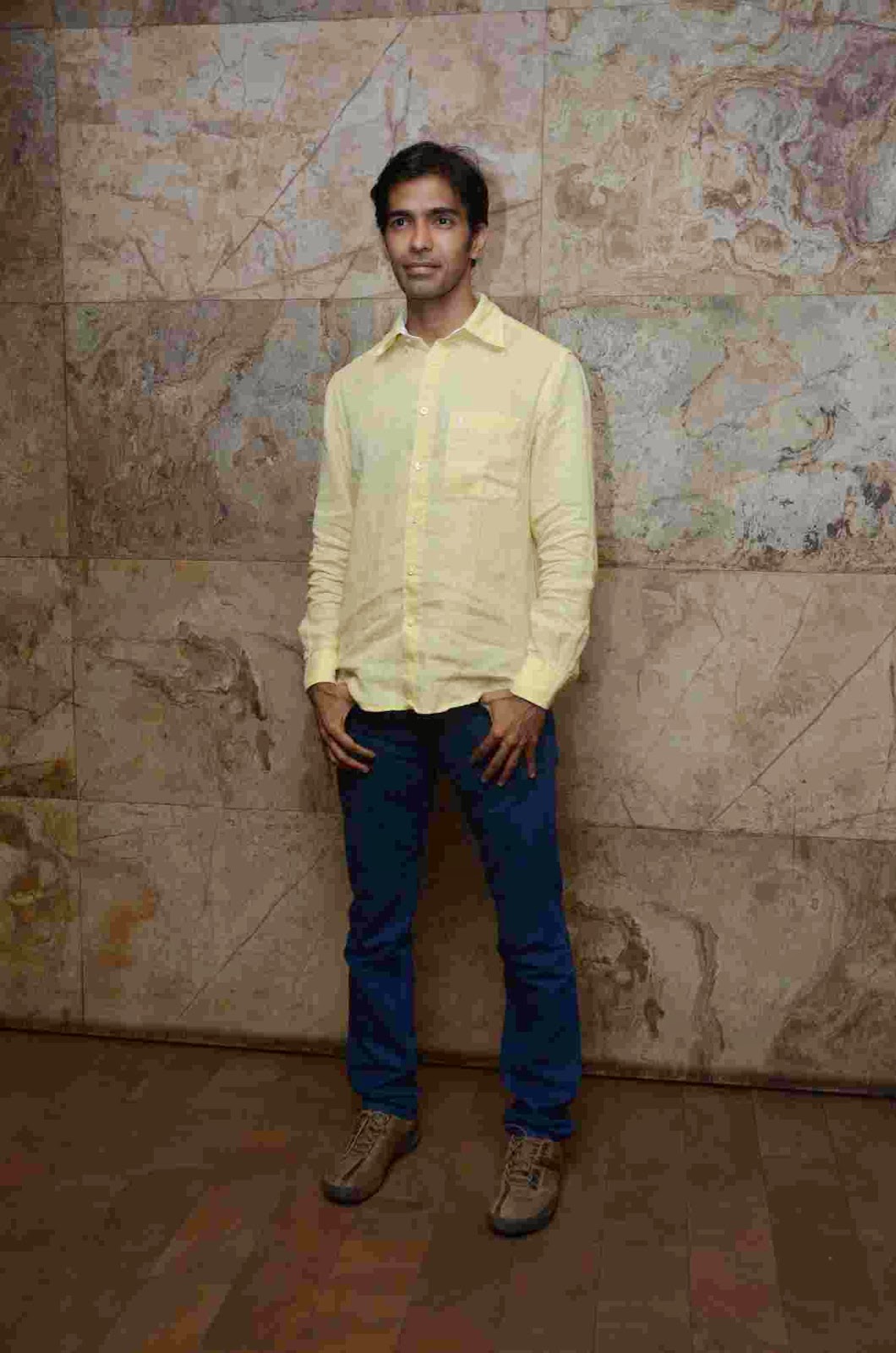 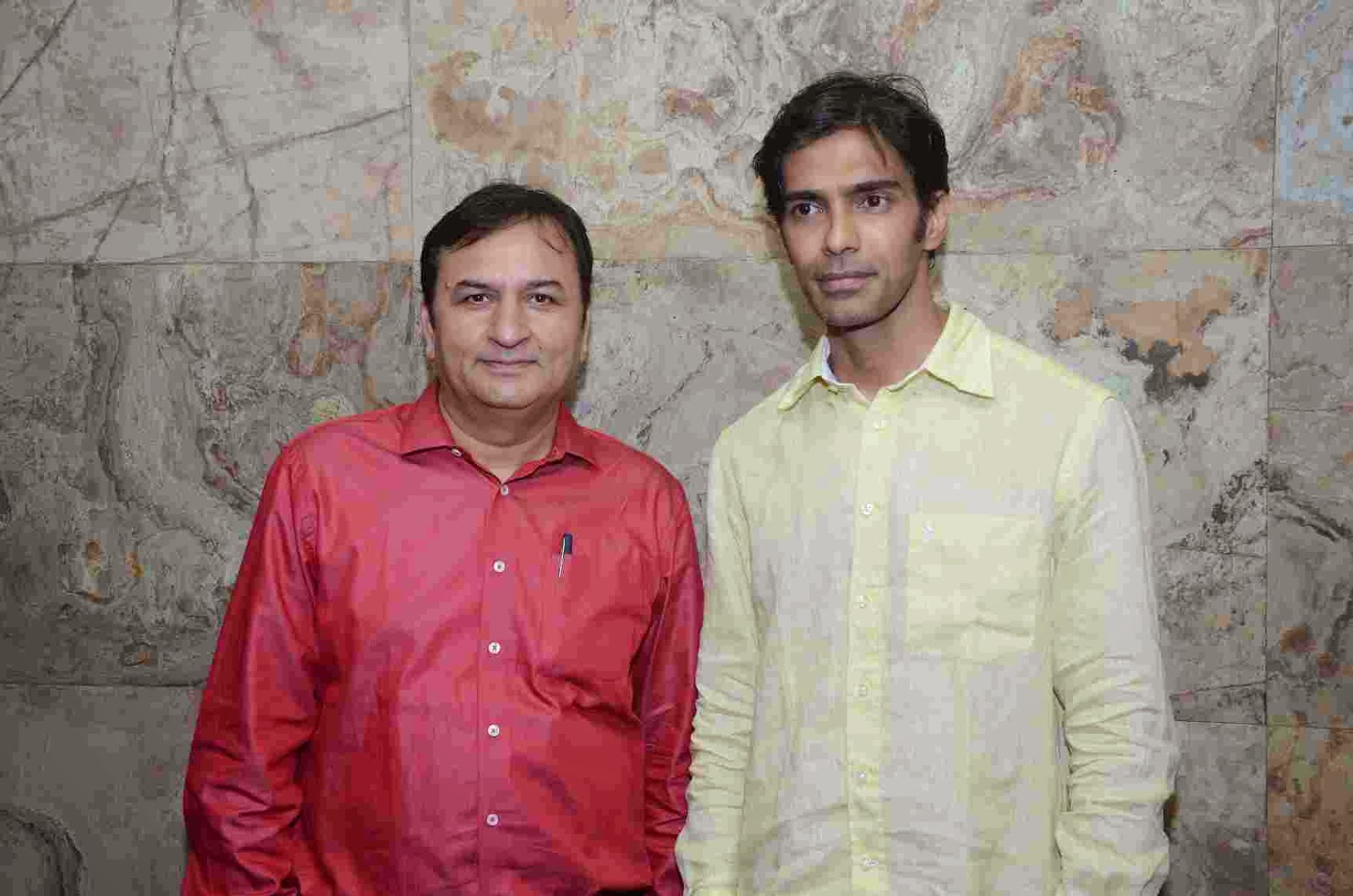 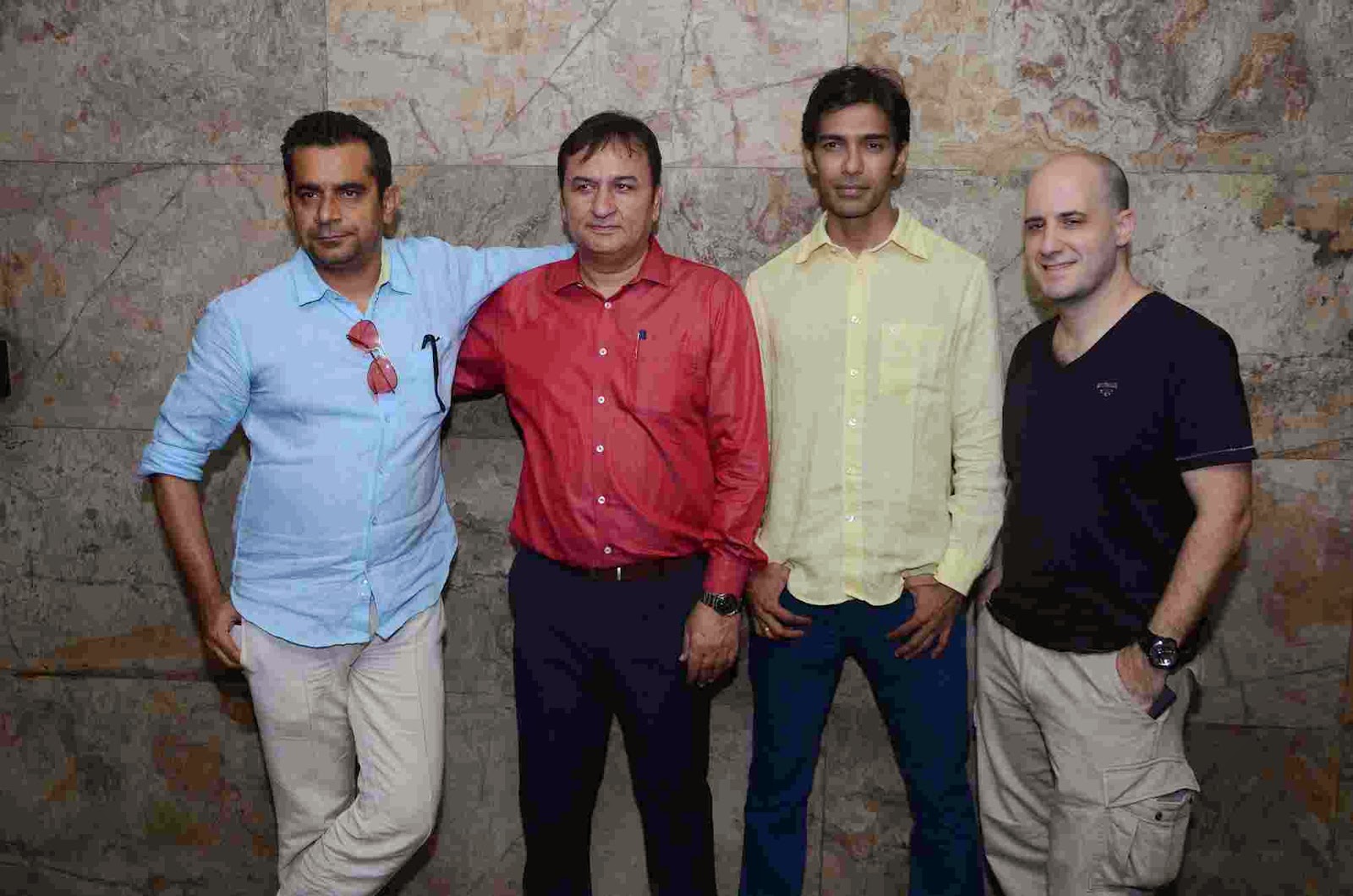 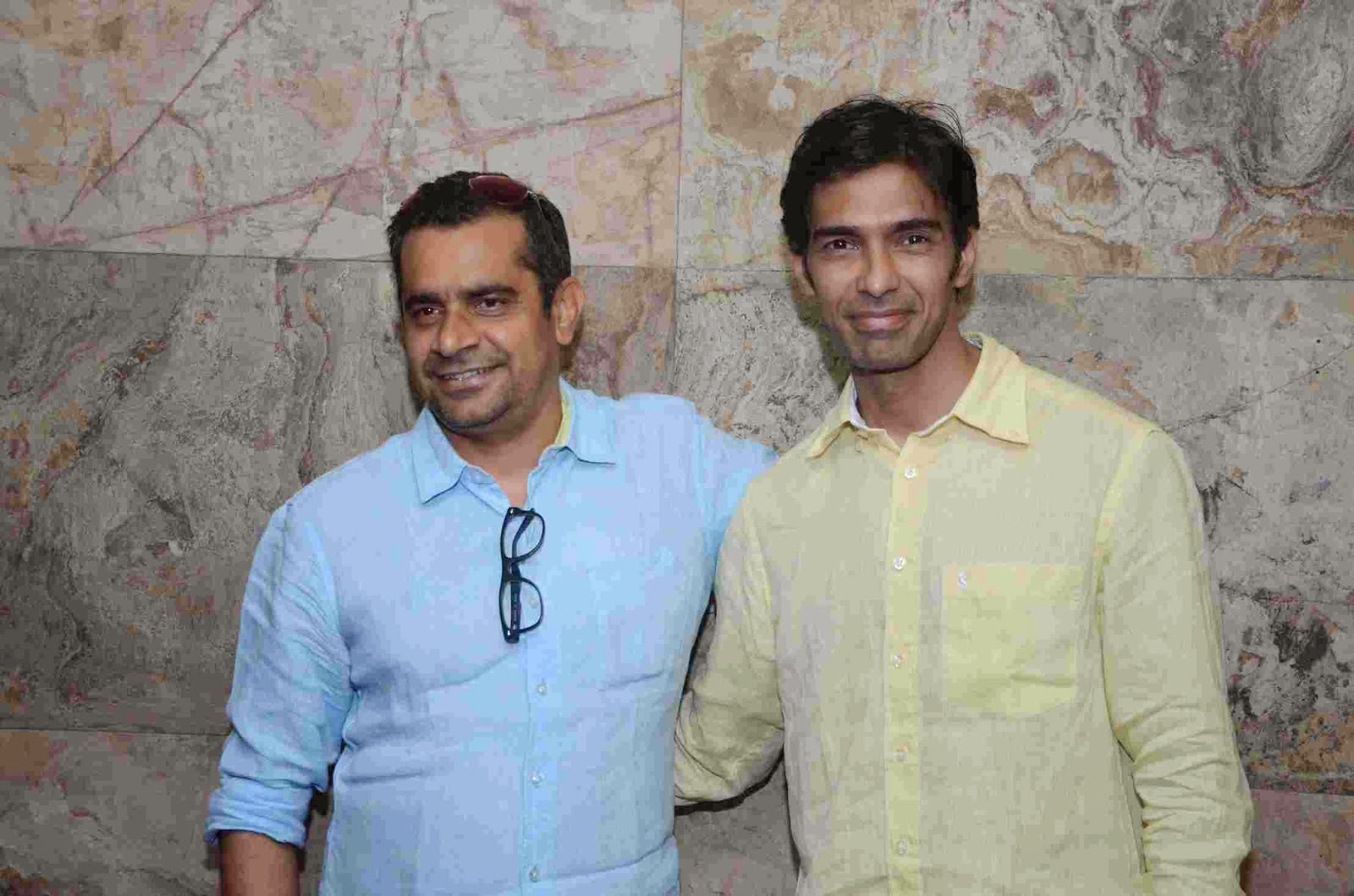 Mumbai, 3rd April, 2015:Director Sandeep Mohan’s Hola Venky premiered yesterday across 110 countries. The highlight of Indie film Hola Venky is the fact that it is available for online viewing through Mobile Phones, IPads & PCs and Laptops.

Present for the Premiere in support of Sandeep Mohan were, Ashwin Mushran, one of the actors in Hola Venky along with Co-Producer, Sanjay Gulati and Director of Jolly LLB, Subhash Kapoor. The premiere of the film took place yesterday at Light Box, Santacruz, Mumbai.

The film has travelled around the world under Sandeep’s concept of 'The Great Indian Traveling Cinema'.
Sandeep chose to introduce the film to the audience at various cafes, bars, restaurants, art galleries, office spaces, homes, church halls, virtually any alternative space that was available. He has done these screenings in India, US and Singapore. This is what makes Hola Venky edgy, contemporary, and in sync with new audience that is technology-savvy. Sandeep writes and directs "personal" films which he believes in.

Hola Venky is Sandeep’s second feature film and is being distributed through what he calls 'The Great Indian Traveling Cinema.' He travels with the movie to various alternative spaces within the country and shows the movie, charging people on donation basis on a ‘Pay as you Wish, if you Wish Concept’. He carries a Projector, and projects the movie on a wall or any screen.

The fun part of these screenings for him is that he gets to interact with his audience immediately after they have seen the movie. Also, the audience is happy since they get to see the movie at a space and time convenient for them, and they decide what to pay or if you pay. Till now, Sandeephas travelled with Hola Venky to many cities in India, US and Singapore and have had close to 90 screenings. The director intends to travel to more spaces even after the online release.”

Sandeep feels that his audience is urban, niche, the office, new age audience who have a universal sensibility and hence it is better to focus on an online release since his audience is technology savvy. This is one of the reason Sandeep believes in taking Hola Venky on the traveling cinema route as he wanted to figure out a way to screen his movie to the audience at a space and time convenient for them.

About Hola Venky
Hola Venky is an indie film made in the budget of Rs. 10 lakhs by a 3-member guerrilla crew. The film is a comic drama that narrates the journey of a middle-aged Indian techie and his challenging journey from his groin to his heart! This takes him all the way from Matunga in Mumbai to the Bay Area in San Francisco. The film stars Roger Narayan and Sonia Balcazar. The film is India’s first urban ‘Great Indian Travelling Cinema’ experiment with more than 90 screenings around the world’. Sandeep wanted to explore ideas of ‘masculinity’ and the confusions of an Urban Indian man living in the 21st century. Using a humorous and realistic tone, he has tried to explore the Indian male psyche, and going by the responses at the 90 odd screenings that he has already done, the film is connecting very well with its target audience. Now the film will be available from the 2nd of April to be viewed by lovers of good, sensible films from all over the world.

About Director Sandeep Mohan
Sandeep Mohan is an independent-spirited screenwriter-filmmaker based out of Mumbai, India. Hola Venky is his second feature film as a writer-director. His debut film "Love, Wrinkle-free" released through PVR Director's Rare in 2012. He is also one of the 11 directors who have made this new film called "X" that is doing the film festival rounds now. Sandeep has previously worked as an Assistant Director to Mr. Sanjay Leela Bhansali on Hum Dil De Chuke Sanam. He has also conceived and written "Siddhanth" which was India′s nominees for Emmy Awards in 2007. Also, he directs Music Videos, Ad Films, Corporate Films, and Documentaries. He has also done a stint in advertising as a Copywriter, apart from dabbling in dot-coms, e-learning companies etc.

About Mr. Sanjay Gulati, Producer, Crawling Angel Films
Mr. Sanjay Gulati is the CEO of CRAWLING ANGEL FILMS, A connoisseur of good films that caters to a universal audience, he has Co-produced "Lajwanti" which was selected for the prestigious Berlin Film Festival 2014 in the Forum Section. The film was directed by Pushpendra Singh. Currently he is involved with two more film projects which are in the pre-production stage.  He is also the Director at BIOGENTEK BG (India) Pvt Ltd., a Bio-Tech company with offices in quite a few cities in India.
Posted by http://www.starfriday2012.com/ at Friday, April 03, 2015