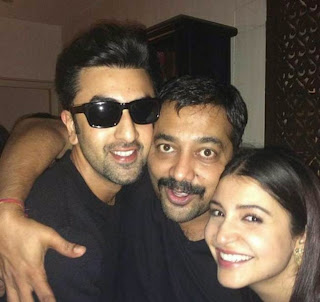 Anurag Kashyap hosts a special screening of Bombay Velvet for Anushka Sharma on her birthday.


Anurag Kashyap had a special gift for Anushka Sharma on her birthday.

Anurag hosted a special screening of Bombay Velvet for Anushka on her Birthday yesterday.

Anushka, who plays a jazz singer, in the period drama film, had been desiring to watch the film for weeks now.

Yesterday was the first theatrical screening where the entire cast of the film was present. Anushka's family and friends were also a part of the screening.

Apart from the cast and Anushka’s friends and family, many people from the industry also watched the film last night.

After the screening,  Anushka cut a cake to the chorus of 'Happy Birthday To You'.

Bombay Velvet is one of the most awaited films of the year and is all set to release on 15th May
Posted by http://www.starfriday2012.com/ at Monday, May 04, 2015