As a part of her prep, Radhika Apte interacts with PR professionals. 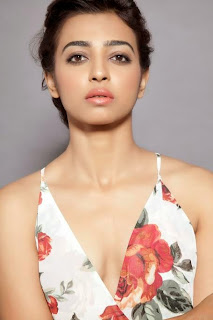 Radhika Apte who is being tagged as the new discovery of Bollywood is currently shooting for her upcoming film titled “Bombairiya.”

It is an Indo - British production, the film will be directed by Pia Sukanya and will be produced by British filmmaker Michael Ward.

The actress will be seen in a complete new avatar yet again. Compared to her previous films where her bold role in Badlapur and a girl next door in Hunterrr got her immense acclaim, this time the actress will be portraying a yet different character.

However, Radhika has been meeting a lot of PROs as part of her prep for the film. She has been doing her homework in order to get the nuances of her character right.

She has been meeting various PR managers to understand the basis of her role. Infact she has been even hanging out with a few to pick their language and the terms they often use.

This has really helped Radhika build her character and she feels it's a great way to absorb the essence of her role.

Radhika had garnered rave accolades for her performance in Badlapur. Following which Hunterrr just proved the versatility that the actress carries.

We surely look forward to what has Radhika got for us in her yet different role in her upcoming film.
Posted by http://www.starfriday2012.com/ at Saturday, May 16, 2015