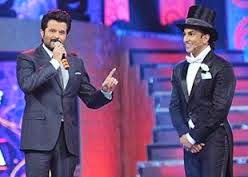 Ranveer Singh wishes for good health for Anil Kapoor's ailing mother
Anil Kapoor has been spending his recent hours hopping in and out of the hospital.
Both his matriarchs have been admitted to hospitals on individual occasions.
Anil Kapoor, known to be close to his Mother-in-law witnessed a tough phase while ill health circled her.
Now, it is his own mother that has been admitted to the hospital.
Anil Kapoor hurriedly returned from LA to be at his mother’s service.
On learning about Anil’s mother’s health, his on screen son Ranveer Singh expressed his concern.
The duo have rebounded on the sets of ‘Dildhadakne do’ and shared a great chemistry showcasing a “father-son” relation.
It is not very commonly known that Anil Kapoor and Ranveer Singh are related to each other with Anil Kapoor being Ranveer’s uncle.
Ranveer wished for Anil’s mother’sgood health and early recovery.
The young actor also, extended support and ensured availability to his on screen father.
In the light of the moment, Anil Kapoor seems to be torn between his work and personal life, but seems to strike a balance between both.


Deepika lovs experimenting!
Deepika Padukone is evolving as a bold and fierce actress.
She is seen venturing into untouched territories, setting benchmarks for herself.
Shifting from the conservative safe approach, Deepika is witnessed experimenting with her movies, characters, styling, associations and lifestyle.
Deepika has grown stronger and confident with each character, from Shanti Priya and Sandy of Om Shanti Om to Meenamma Lochini Azhagusundaram of Chennai Express to Veronica from Cocktail to the bold Leela from GoliyonkiRasleela: Ram-Leela.
Deepika believes in attaining utmost perfection while portraying a specific character
Deepika has also shown her audacious and sensuous dance moves in ‘Dum maro Dum’ and ‘Lovely’.
She is also heard voicing intrepid dialogues in movies like GoliyonkiRasleela: Ram-Leela and Cocktail.
Her upcoming movies like Piku, BajiraoMastani and Tamasha also carry forward her trend of innovation and experimentation. 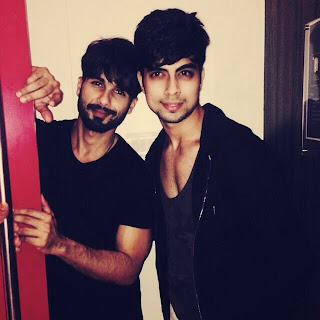 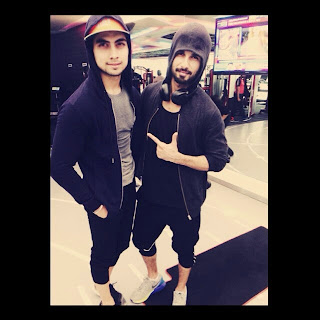 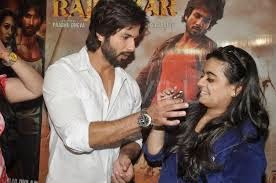 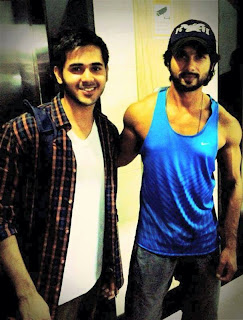 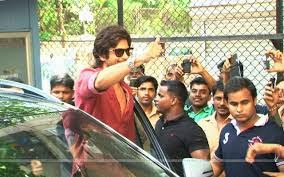 SPOTTED: Shahid Kapoor bonding with fans!
Shahid Kapoor manages to make time for his fans to expresses gratitude for the love and attention showered on him.
Shahid is one of the few actors who enageges with his fans on a personal level and keeps them regularly updated through his social media handles.
He succeeds in striking a comradeship with his fans, and lives upto their expectations wherever he goes.
He patiently signs autographs and poses for pictures failing to dissappoint anyone.
Seen below is Shahid mingling with fans at the gym, promotional events and outings. 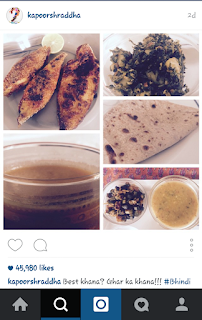 ShraddhaKapoor’s advice to the youth.
Shraddha Kapoor known for her flawless skin and well maintained body shared some “Summer essential” tips with her youth fans.
She advised her fans to keep close a bottle of water at all times whether at home or work, and to keep hydrating themselves at regular intervals to stay unfazed by the scotching heat.
She also suggested to eat light and healthy “ghar ka khaana” and refrain from eating junk food.
She advocates high consumption levels of Vitamin C as a part of the skin care and hair care routine.
In addition, Shraddha suggested to adopt the No-Makeup look and protect the skin by applying Sun screen Lotions.


Tiger Shroff takes Singing lessons from Atif Aslam
Shroff Junior known for his physique, flexibility, dance moves and innocence has found an interest in singing.
Tiger, who recently featured in AtifAslams music video “Zindagi aaraha hoon main”
The shooting of the video witnessed a budding camaraderie between the two celebrities.
Coming from diverse interests, the two resulted in sharing each other’s interests.
The bonding ultimately lead to Tiger taking singing lessons from Atif and  worked on his tonality to catching the right vocal resonation.
Atif too was mesmerized with Tiger’s dance moves and shook a leg with the energetic star.
“Zindagi aaraha hoon main” is sung by Atif Aslam, the music is by Amal Malik,
Lyrics by Manoj Muntashir and Features Tiger Shroff.
Tiger Shroff is currently preparing to play the Character of a rebel for his new film titled ‘Baaghi- A rebel for Love’ which is expected  to release on 15th April 2016.