MobieFit is a venture focused on mFitness. It helps you become as fit as you want, in the way that you want. MobieFit is one among many ventures born at Prototyze, an incubator founded by Gourav Jaswal. 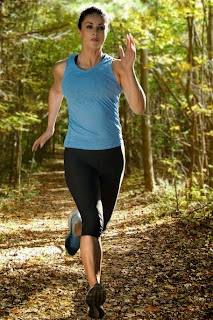 Gul Panag has co-founded Mobiefit. While people know Gul as an actress, a social activist, a television commentator and a former Ms. India, she’s also an icon for fitness for over a decade. Gul is a serial half-marathon runner and has been featured in multiple media about her fitness routine and her running philosophy. Besides running, her passions include cycling, trekking and tennis. She is in the process of writing a book on fitness.


Gul takes conscious activism to all her endeavors and is an ambassador for women's fitness and running. Passionate about all things technology, Gul sees mobile apps as the major catalyst of the next wave of fitness. Gul is one of India’s most powerful opinion makers and thought leaders and now an avid fitness entrepreneur.

Prototyze is an incubator, currently working in stealth mode on building mobile technology centered businesses in multiple sectors such as Financial Services, Health & Fitness, and Training & Learning. Two ventures catalyzed by Prototyze (MobieFit and HandyTrain) have already been incorporated as independent companies with independent teams, investment and trajectory.

Gourav is the Founder and Director of MobieFit and Prototyze. He started his first business at the age of twenty-one and since then has built half-a-dozen growing, profitable companies


This entrepreneurial ecosystem of companies include ScreenRoot which focusses on human: screen interaction design (mobile apps, web applications, intranets…); Synapse which specializes in business communication, Visual JuJu that’s focused on multimedia and Starving Artist Films which makes films designed for online media. In addition, we have Junoon Ventures, a holding with Zaki, a studio focused on corporate art, Gulnar which makes hand-made soaps and Shirkshop an early-stage venture experimenting with product design, currently furniture, and of course, Prototyze.